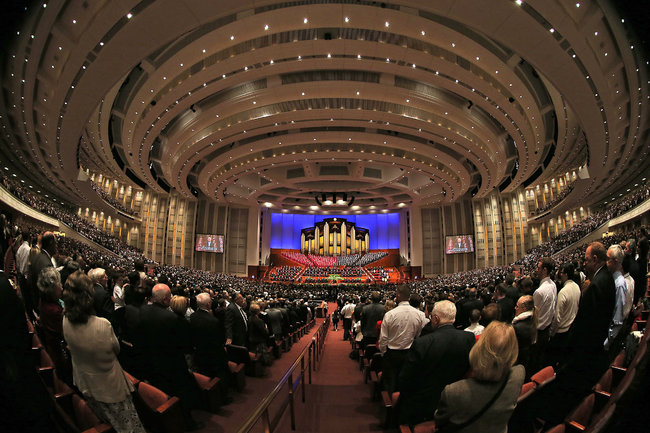 The Church of Jesus Christ of Latter-day Saints has two General Conferences every year (one in spring and one in fall) where the leadership of the Church address the members in a series of 2-hours sessions that are broadcast live around most of the world. In the most recent conference (just last week) Dieter F. Uchtdorf spoke with compassion and honesty about the struggles many Mormons have with doubts about their faith. Uchtdorf is the Second Counselor in the Church’s governing Presidency (sort of like a vice-vice-president), and his conciliatory tone has created a big reaction among the membership of the Church.

This NYT article discusses the impact of Uchtdorf’s words and quotes several Mormon scholars, including my parents Terryl and Fiona. The text of the speech, called “Come, Join Us” is available as here (or watch or listen to it here.)

My own impression: I like Uchtdorf’s comments quite a lot. I think they lend significant credibility (though no official support, of course) to my parents’ efforts at The Temple and Observatory Group, which is a non-profit focused on addressing the doubts and concerns of Mormons. I think it’s a mistake to see any grand change in policy, however. (Dallin H. Oaks’ rather hard-hitting No Other Gods, which was given the next day, makes that pretty clear.)

The tone reflects a response to the expectations and concerns of members, but there wasn’t a single word that was new doctrine. Many people have told me in the past that the Mormonism described by me or by my parents is one they would love, but not one they recognize from their own upbringing or congregation. Uchtdorf’s “talk” (that’s Mormon for “sermon”, basically) makes it much more prominent, but it’s always been there.

2 thoughts on “Fiona and Terryl Givens Discuss Uchtdorf in NYT”