The left-wing slant of the web’s fastest-growing media company is definitely not hard to detect, but I’m a little surprised that Upworthy’s Wikipedia entry leads off with: “Upworthy is a left-wing website.” That first paragraph ends with: “It is dedicated to publicizing progressive narratives.” Well, OK. I don’t have to bother trying to prove that point, I guess.

Here’s what bothers me about Upworthy: they are tackling a lot of issues that should be universal with a specific partisan slant. Most of the Upworthy stories I’ve seen have been about responses to bullying. I have disagreed with them (as I’ve described), but I’ve also really appreciated that it’s a site dedicated to raising important issues and also that it goes for a positive approach rather than tearing down the opposition.

But there’s something deeply and profoundly wrong about trying to politicize everything. The story that prompted this response is about a young 11-year old kids response to bullying. The headline: This Kid Was Bullied A LOT. He Could Have Told His Teacher Or His Principal. He Had Bigger Plans. 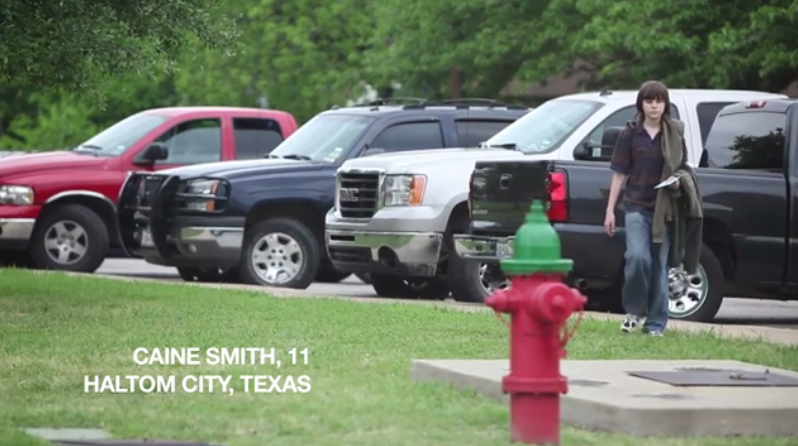 I don’t want to attack the kid at all. Caine’s 11, and that took guts and courage. He had a concern, he wrote a little speech, and he went and gave the speech. Kudos to him. But, quite frankly, I find the idea that the big and awesome response to a problem is to call for government intervention nothing short of horrifying. I assume the headline is erroneous, but apparently this poor kid never told his teachers or his principle (the people actually responsible). Where were his moms? He just went straight to elected representatives. Asking for… what? New laws? As though we haven’t criminalized children enough, now we’re going to what… throw the bullies into juvenile detention? Give them a criminal record?

I’m just aghast that he didn’t talk to his teachers first and then maybe have his parents do something like talk to the parents of the bullies. The stereotype is that liberals want the government to solve everything, and I think this example shows just how creepy that can be. It’s like the ultimate expression of passive aggression: you’re unwilling to talk to the bullies or their parents, but you’re willing to try and get governmental intervention?

Maybe I don’t have the story right, but that opens another can of worms. Some combination of Upworthy and the videos creators decided to present this as a story where parents are almost completely absent from the picture and where asking for government intervention is always Plan A. That might not be how it really happened, but it’s the story that Upworth presented. And this is high-quality video that–apparently–was in place before the kid ever gave his speech. Who was paying for that, and how much of it was scripted, and what input did Caine really have? I don’t know if Upworthy funds their own videos or not, but it’s creepy to have a major Internet media corporation possibly involved in faking their “uplifting” stories in ways that might be detrimental to the folks involved.

I see a lot of Upworthy stories. Some of them are pretty awesome. But issues like bullying and respect for women–that is to say issues of basic human decency–ought not to be politicized. And they certainly ought not to be politicized specifically for profit. By politicizing these issues Upworthy is intentionally burning bridges with concerned conservatives, moderates, and independents for political and financial gain. Which sort of makes you question the underlying sincerity of their own ideology. What’s more important: helping people or winning political battles? Under the cheerful facade, Upworthy is a pretty sick website that will only further deepen the political-cultural divide in our country by doubling down on the narrative that in order to care about gays, women, or minorities you have to subscribe to a particular political ideology. Upworthy is subtle, but the demonization of opposing viewpoints is as pervasive as anywhere else you can imagine, and that’s pretty much the opposite of uplifting.

5 thoughts on “Upworthy Stories are Not So Great”