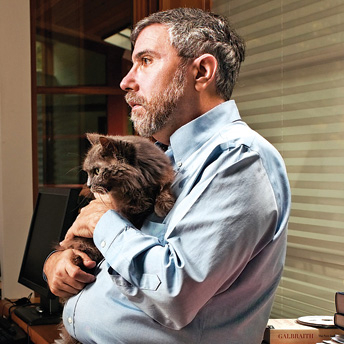 Paul Krugman has taken to his soapbox again to lambast Republicans for engaging in “crisis driven” fiscal policy, citing a report which says such policy has cost the nation $700 billion and over a million jobs.

Krugman then openly admits the report he cites relies on shaky research, so he dumps it quickly (I’m sure the “shaky research” claim comes because it states very clearly that government spending is out of control), but states that, unreliable or not, we can still use it to blame the GOP, which he explains has done plenty of unnecessary damage to the US economy in its quest to… destroy America? I don’t know. To back the damages claim, since he only needed the report to set the table before pulling out the knives, he mentions a few things Republicans have done or had a hand in:

3. Reducing aid to the unemployed.

Let’s examine these each in turn.

First: I can’t comment much on this because it’s a matter of economic theory, which I don’t know enough about. I do know, however, that Krugman slyly mentions the reduction in discretionary spending in the context of blaming Republicans and quoting the year “2010” as the start of the fall of that spending, allowing his readers to draw the implied conclusion without actually backing it up. Clever.

Second: Ever the paragon of intellectual dishonesty, Krugman frames the declination of Congress to extend Social Security payroll tax cuts as a part of the previous fiscal cliff dealings as a tax hike. In reality, both sides of the aisle agreed on letting the tax cut expire, though at the time Democrats did a decent job of blaming Republicans for “raising taxes on the middle class” because Democrats’ counteroffer was to raise taxes on the rich, which, unfortunately, it seems wouldn’t have made up for the shortfall produced by the payroll tax cuts in the first place (http://www.thedailybeast.com/articles/2011/10/07/obama-s-stealthy-payroll-tax-plan-raise-rich-people-s-taxes.html). This was a thinly veiled attempt by the left to engineer a policy of tax-driven wealth redistribution from rich to poor, entrenching sizeable tax cuts for the middle and lower classes and significantly and raising them for the rest. Republicans, naturally, refused to go along with it. Whether or not you agree that the largest weight of the tax burden should further shift permanently toward the wealthy, and whether or not you believe the income gap is a problem, and whether or not you think such policy is the best way to reduce it, you have to agree that the Republicans were only doing what they’ve been asked to do.

Third: I may actually agree with Krugman on this one, to a degree. While I don’t know enough about the efficiency and effect of unemployment insurance to make an informed judgment, it does seem reasonable to me that in a time of high unemployment and recession, extra help in keeping the unemployed out of the mire of poverty is a good thing–so long as it’s been done right. That said, from the source Krugman gives, the reduction in aid put an additional 1 million people below the poverty line–a figure which, I’m not entirely convinced, given that some of those people would have gone there with or without help, and that it counts wage-earners as well as non-wage-earners, would make a major impact on the economy.

Are Republicans to blame, at least in part, for the sluggish recovery? Undoubtedly. Have their political ploys and obstructionism cost the economy money? I’m sure they have. But if we’re going to pass out blame, let’s at least be willing to find the actual problems, uncover their sources and address them no matter which side they fall on.

Lesson: Krugman is as partisan as they come and he’s willing to muddy the water to make the other side look bad. Don’t take his statements at face value.