Noah Smith, a recently minted econ PhD with some fame as a blogger, argues in a piece for The Atlantic that the Seattle Protests of 1999 were right about everything. (Actually, he said “on nearly every count.”) It’s an interesting piece, because it highlights the unexpected callousness of bleeding hearts. Consider:

The clearest example is competition from foreign workers, which really has slammed the American working class. Economists David Autor, David Dorn, and Gordon Hanson did very careful empirical work and found that competition from China lowered wages and increased unemployment for American workers who were in competition with Chinese imports. 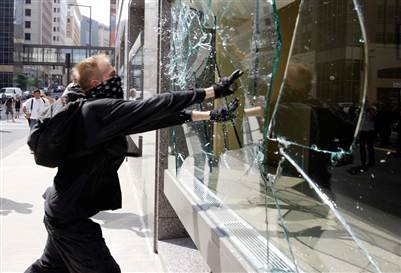 Of course, Smith doesn’t address the issue of whether or not the widespread violence and vandalism was one of the “nearly every counts” on which the protests were right. Anarchists are so cute and cuddly when they’re smashing someone else’s windows, right?

4 thoughts on “Sacrifice is OK for Principle, not People”