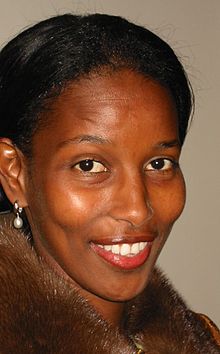 Earlier this month, Time posted a letter written by Ayaan Hiris Ali, which she had written in response to Brandeis University’s decision not to give her an honorary degree after all. If a university decides not to give someone an award, you can pretty safely bet it’s because someone might be offended. But it’s always interesting to me when the person who might be offended (in this case the primary victim appears to be CAIR) and the alleged victimizer (Ali) are both members of politically correct identity groups. After all, Ali is not only a woman, but also black. She is also a woman’s rights activist. But she’s an atheist and a harsh critic of Islam. So who do you side with, the WoC1 or Islam?2

I’m partially interested in this out of morbid fascination, like watching a car crash. But it’s also a kind blend of fatalism and professional interest. Given my aspirations (to be a fiction writer) and my politics (anything other than party-line left) it’s more or less a question of how much I’m going to pay for my beliefs, professionally speaking, not whether or not I will. So, which are the most taboo taboos? What matters more?

Turns out, though, we can’t really tell from this story. Ali is a fellow at the conservative American Enterprise Institute. Suddenly: everything is clear. Doesn’t really matter what the rest of her liberal bona fides may be; she is tainted by association with the right. She’s even married to Niall Ferguson (who is practically a colonial apologist

) so there’s really no hope for her at all.

I guess Brandeis didn’t really have a hard call to make after all.

4 thoughts on “No Honorary Degree for Ayaan Hirsi Ali”