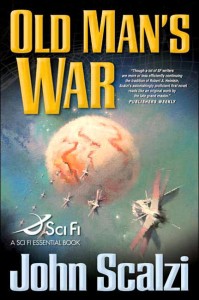 This Wall Street Journal article didn’t ring any bells with me at first because it started with the description of Facebook as an envy-generator. I don’t really get that. I’ve read about the research that shows the more you use Facebook the worse you feel, but it just doesn’t really match my experience. I suppose FB could make me sad in a subtle way that I wouldn’t notice, but I think I would notice if my friends FB statuses were making me feel envious of their awesome lives. And… I just don’t feel that. Not ever, really.1

Psychologists and other experts aren’t immune to these feelings either. “There’s a man in my field who has made a big name for himself by so brilliantly promoting his work,” says executive coach Marcia Reynolds. “Whenever I hear his name, I feel something in the pit of my stomach.” But instead of dismissing her envy, she reflects on it and asks herself, “What’s holding me back? Can’t I play at his level too?”

Now that resonated. The paragraph thunked home like an arrow hitting the bulls-eye, and I vibrated to the core reading it, and especially the question at the end: “Can’t I play at his level too?”

For me, my nemesis/role-model (although he has no idea I exist) is John Scalzi. I vividly remember not only reading his excellent novel Old Man’s War

, but also the sense of overt jealousy at the blurb on the cover that compared him to Heinlein (Heinlein!), and even more so at the discovery that he ran one of the most-viewed blogs on the entire web, and had been running it since the 1990s (before the word “blog” was a word). In fact, the very launch of this blog back in 2012 was heavily influenced by the years I spent reading John Scalzi, following his blog, following his Twitter, and thinking about what he did that could work for me and what he did that couldn’t.

It might seem a bit weird to focus just one guy that much, but John isn’t the only one. Every time I read a sci-fi book I’m thinking, “What works here?” and “What doesn’t?” And the more I like what I read, the more I try to learn from it. The difference with John Scalzi is just that he was the first author who burst onto the scene while I was watching, as it were. I read Old Man’s War, which was his first novel, within a year of it coming out. So I’ve been able to follow his career from first novel to his winning of the Hugo for Redshirts: A Novel with Three Codas

last year.2 The other folks I’ve been envious of include Jim Butcher and Larry Correia: two other relatively young writers who write books I like and whose careers I have been studying and following as they unfurl before me.

So yeah… now that I think about it, I do get this notion of envy. I think the researchers are right:

“Those painful pangs of envy are there for an evolutionary reason,” says Texas Christian University researcher Sarah E. Hill, “alerting us that someone has something of importance to us.”

It’s not malicious at all, for me. These guys are my heroes (even if I disagree strongly with some of their political views). And it’s not competitive either. I don’t want to defeat anyone. I want them to keep writing, and write more books and better books. I’m a fan! And it’s not just imitation either, but I’m acutely aware that I’ve got to do my own thing. But, when I think about it, there really isn’t a better word for how I feel than “benign envy.”