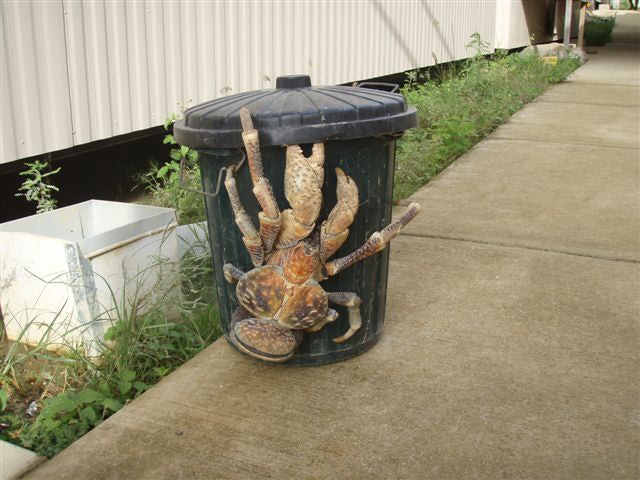 This is an older Wall Street Journal article (from October 2010), but it’s one of those great articles that is at once intrinsically interesting and also really offers a glimpse into how us anti-social free-marketeers see the world: Why Some Islanders Build Better Crab Traps. The research is pretty simple: scientists found a way to quantify the complexity of crab traps made by various Pacific tribes, and then they compared complexity of traps to population size.

What they found was that the bigger the population, the more varied and more complex the tool kit was. Hawaii, with 275,000 people at the time of Western contact, had seven times the number and twice the complexity of fishing tools as tiny Malekula, with 1,100 people.

But it’s not just the size of the population on the island group that matters, but the size of the population it was in contact with. Some small populations with lots of long-distance trading contacts had disproportionately sophisticated tool kits, whereas some large but isolated populations had simple tool kits. The well-connected Micronesian island group of Yap had 43 tools, with a mean of five techno-units per tool, while the remote Santa Cruz group in the Solomon Islands, despite having almost as large a population, had just 24 tools and four techno-units.

This is what makes markets great: it’s a way of pulling together more people to cooperate, exchange information, and have a better life for everyone. Markets are, by their nature, impersonal but by that token so are penicillin and electricity. What matters in all three cases is the good they do for all of us.

Couple of minor corollaries: every now and then I’ll hear a serious academic talk about how things aren’t really better in the modern world. Like Jared Diamond who, apparently in all seriousness, decried agriculture as The Worst Mistake in the History of the Human Race. These people are idiots. I suppose if an academic sang the praises of subsistence living and then actually left the modern world to adopt that lifestyle I might take them seriously. Or at least think that they weren’t a raving hypocrite. Until such time: the fact that rich and famous academics aren’t willing to trade medicine, literacy, and travel for the pleasures of 20-hour work week with the Hadza nomads in Tanznia suggests that they are either trolling or insane when they write such articles.

Which might sound like some kind of cultural smugness (aren’t we so much better than “primitive” tribes) if it weren’t for the second corollary:

Archeologists suggest that the ephemeral appearances of fancy tool kits in parts of southern Africa as far back as 80,000 years ago does not indicate sudden outbreaks of intelligence, forethought, language, imagination or anything else within the skull, but simply has a demographic cause: more people, more skills.

In other words: I have no basis whatsoever for feeling that I am in any way personally superior to a human who lived 80,000 years go or to someone from a less-technologically sophisticated civilization today. People are just people. The difference isn’t who we are, it’s where we live. The convenience of modern society doesn’t reflect any superior intellectual or moral sophistication on our part, but is just a natural result of having so many people all contribute to a shared social project.

The proper attitude is not arrogance for what we have, but rather humility for what we’ve been given.

2 thoughts on “The Humanity of Markets”