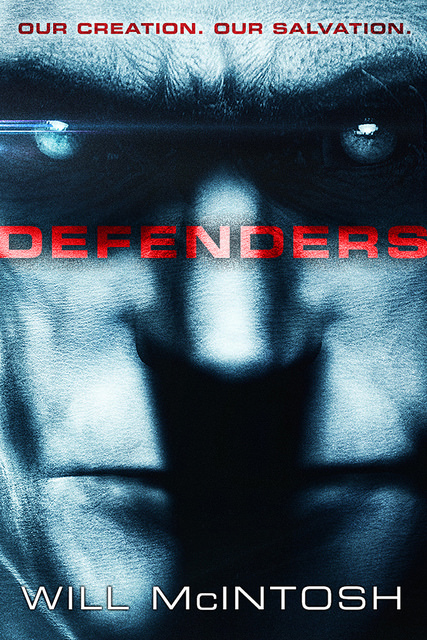 Will McIntosh got a chance to promote his new book Defenders on John Scalzi’s blog a couple of days ago. In it, he makes a frequently heard assertion which is that (in common terms) heroes are boring and unrelatable. McIntosh states that “I don’t particularly like stories with villains. I prefer the good and bad in characters to be more a matter of degree, and, ideally, subject to individual interpretation.” He elaborates:

I prefer Frankenstein to Dracula, for instance. Count Dracula is a bad guy, no doubt about it. Stab him in the heart and no one sheds a tear. But what are we supposed to feel as the Frankenstein monster burns? He kills people, he’s a psychopath, but he was thrust into the role of monster–he didn’t choose it. Maybe Victor Frankenstein is the villain of the piece, but here again, it’s complicated. The good doctor screwed up royally, but that wasn’t his intent, and intentions count when we’re judging good versus evil.

So the thing that’s interesting here is that he’s espousing moral complexity within a morally objective framework. As he puts it, “intentions count when we’re judging good vs. evil” which implies, I think, that there is such a thing as good and evil. So far so good. I think the case against heroes is a little overdone (plenty of books have pretty unambiguous heroes, from The Lord of the Rings to Les Misérables), but the idea that it’s more interesting to have complexity: I can dig it. As Sirius Black told Harry Potter: “The world isn’t split into good people and Death Eaters. We’ve all got both light and dark inside us. What matters is the part we choose to act on. That’s who we really are.” So good and evil exist, unambiguously, but people are complicated.

But then the sets up a plot where each of three factions can plausible be seen as the bad guys, and writes:

While there are unquestionably villains in the world, I think most human conflict takes this form, where the villain of the story depends on your perspective. While I was planning this post, my wife reminded me of the ever-shifting alliances in the novel Nineteen Eigthy-Four, where Oceania is at war with Eurasia and allied with Eastasia on one day, and allied with Eurasia and at war with Eastasia the next. Yes; one day someone is your sworn enemy, the next, they’re your ally. Maybe that’s why I’m uneasy writing about villains.

So I’ve got some issues here. First of all, it’s not a trivial leap to go from moral complexity of individuals to moral complexity of groups. A group is not a person. We often anthropomorphize groups, but once you get past middle school most folks start to realize that the narrative of history as being about good guys and bad guys is somewhere between a useful simplification and an outright fairy tale. Morality applies to individuals. It doesn’t make any more sense to talk seriously about an entire nation being good or evil then it does to talk about a table or a pretzel being good or evil. Secondly, “ one day someone is your sworn enemy, the next, they’re your ally” shows a shift from complex moral objectivism to simplistic moral relativism.

I get that people confuse these ideas all the time. That’s because in both cases the answer to “Was that a good thing to do?” starts with “It depends…” In the place of moral relativsm, “It depends on your subjective assessment of morality.” In the case of complex moral objectivism, “It depends on what the person knew, what he should have known, what he was trying to do, how serious he evaluated the issues, etc.” Complex moral objectivism holds that good and evil can be hard to figure out, but that they are there. They’re real. We just don’t always recognize them. Simplistic moral relativism holds that there isn’t any underlying truth to moral clams. It’s just personal preference.

Now, maybe McIntosh’s actual book handles this topic a whole lot better than his little post at The Big Idea. That’s entirely possible. A lot of good artists are good at making art at least in part because it’s what they focus all their attention on, to the point where talking about the process of art or the products they have made is something they have no talent for at all. So I’m not criticizing the book. I haven’t read it yet, and it actually sounds interesting to me, based just on the setup.

I’m just saying, come on: you don’t need moral relativism to get moral ambiguity and complexity. And, more importantly, there’s still room for heroes and villains even in a world where good and evil aren’t always obvious. Sometimes because you just know (see: Voldemort) but also sometimes because evil isn’t about grand gestures. It’s about apathy, indifference, and following orders (see: The Banality of Evil).