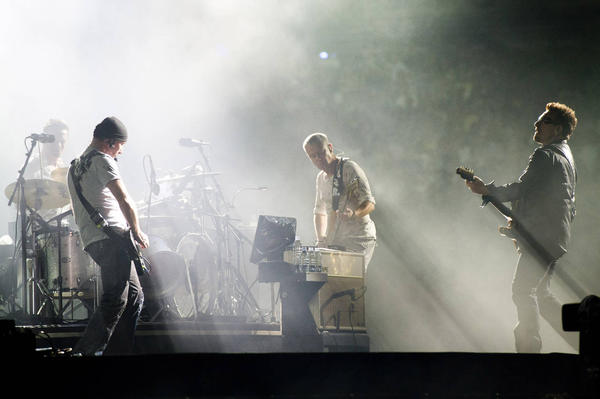 Obviously I know the band u2. Everyone knows the band U2, and I like the songs of their’s that I’ve heard. And I now all about Bono’s humanitarian efforts. But I’ve never really gotten into u@ in a big way, so I’ve never really paid attention to the lyrics, so I never really knew that Bono’s Christian faith is important to him; important enough to show up in his lyrics on a regular basis. Thankfully, a long article from Deseret News headlined The biggest band in the world is also one of the most spiritual has cleared that up for me.

The article goes through too many examples of religious themes in the music across many of the bands albums for me to list here, and easily enough to convince me that–like songwriting from Brandon Flowers of The Killers–the religious themes are deeply intertwined with their music. Looks like I’ve got a lot of listening to do.

5 thoughts on “The Spirituality of U2”