You can find plenty of attacks on “traditional marriage” these days. These pieces generally take a historical approach, looking at how the institution of marriage has changed throughout history and how widely they differ from 1950s stereotypes. There is a legitimate point to this analysis, marriage has changed quite dramatically from time to time and from place to place, and there are certainly modern embellishments that are anachronistically applied to the tradition backwards throughout time.

The proximate provocation for this post is a piece by Angela C. at By Common Consent: The Myth of Traditional Marriage.1 The core assumption that leads Angela astray is that marriage is an invention. As she writes:

Depending on whom you ask, marriage was either invented by men to protect or to oppress women.  And some men would argue that marriage was invented by women to domesticate men (a pouty version of the protection argument).

Of course, Angela is also employing the highly partisan assumption that the invention of marriage had to have been sexist: either the outright misogyny of exploitation or the insidious sexism of assuming women need protection. As objectionable as this assumption might be, it’s actually far less important than the subtle assumption that marriage is an invention.2 Which is to say that it is a social construct.

The explanation of why this idea of social constructivism is associated with socially liberal politics is an interesting one, but it is mostly also outside the scope of this post. I will just point out that it is associated with socially liberal politics. The most obvious example, of course, is the argument that gender is a social construct distinct from biological sex. 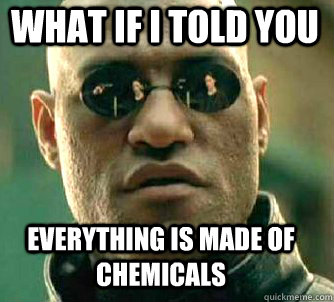 Implicit in these theories is the peculiar notion that society is not biological. It is peculiar because it is most often embraced by those who either outright deny the role of a supernatural deity in creating humanity or at least downplay it in favor of scientific explanations. But it’s quite difficult to see how science can provide any metaphysical justification for treating humans and our society and its constructs as one class of beings and the natural world as another. It’s very much like the natural foods advocates who warn against eating anything “chemical” without realizing that everything is chemicals. Social constructivism—at least in its most extreme and naïve form—is a modern superstition.3

So let us set aside the assumption that marriage is an invention, a deliberate construction willfully created by humans to accomplish a consciously desired end. I don’t mean to say let’s assume that marriage is not an invention. I’m merely saying: if we don’t make that assumption do we find any more likely candidate explanations? And, as it turns out, we do.

To understand the origins of marriage we first have to understand a little bit about the differences between human beings and other animals. The answer is that humans have evolved to make a very high-risk, high-reward tradeoff. The risk is that our offspring are basically helpless for an exceptionally prolonged period of time. This requires enormous resources to feed them and keep them safe. The reward is that, in exchange for that helplessness, our offspring are incredible learners (and then, later in life, incredible teachers). Learning and teaching are what humans do better than any other species. Human babies are useless at running or fighting or hiding, but they are tremendous geniuses at things like language acquisition. We have highly plastic brains that take a long time to learn anything, but that can eventually learn just about anything. That single difference pretty much explains the difference between chimps using sticks to forage for ants and humans launching the Space Shuttle.

The reason why this change has such huge dividends is that it separated human knowledge from human genetics. Other animals are capable of some pretty amazing behaviors (like migration), but these are often instinctual. That means the information is genetic. Advantage: no one has to teach it. Disadvantage: the animals can only learn and change as the speed of genetic evolution, which takes place across hundreds or thousands of generations. If the migration pattern needs to change in an abrupt way, monarch butterflies can’t just tell the next generation to take a different route next time.

Humans, on the other hand, initially used society as a repository for knowledge. Each generation could teach the skills (from language to tool use) to the next generation. This meant that exchange of knowledge (for example when a new tool was discovered) could be exceptionally rapid both across generations and across tribes. That was the basis for creating (eventually) written language, which only further increased the pace since now our knowledge can be transmitted and reproduced even more rapidly and cheaply and widely. In short: other animals learn at the speed of genetics. Humans learn at the speed of memetics which, in the Internet Age, is the speed of light.

This is pretty cutting-edge science because it relies on concepts like group selection that—although initially proposed by Darwin—have been considered more or less impossible until recently. No one could figure out how to make it work: why would one individual sacrifice altruistically in order to benefit his tribe? In short: how do you get trust? Advances in game theory and complexity science have for the first time made it possible to illustrate how these obstacles can be overcome, and therefore how it is possible for groups to compete against each other (and therefore to have group evolution) rather than just individual organisms.

So now we’ve learned two key things. The first is that the chief difference between humans and other organisms is that we have really, really expensive but also really, really high-performing offspring. The second is that this idea carries with it the notion that groups compete and evolve, which is to say that societies can compete and evolve. Most notably, these are intrinsic to what it means to be a human being. They predate any history and go back to the origins of our species.

Which means that marriage predates our history and goes back to the origin of our species, provided we define marriage as (1) monogamous sexual pairing of males and females who (2) cooperate to feed, protect, and teach their offspring. This behavior must be as old as humanity because humanity is impossible without it. Without cooperation, human children cannot be raised by subsistence cultures. They are too expensive. But without sexual monogamy, males and females are not equally vested in the offspring. These behaviors therefore co-evolved with humanity itself.

So we’ve just bypassed all the historical, cross-cultural analysis of formal marriage institutions by a couple hundred thousand years, at least. So much for an “invention.” What does the story look like from there?

Well, all of the individual cultural variations around the kernel of marriage (monogamy and cooperative child-rearing) end up only being possible because of the integral role that the kernel of marriage played in our society. The logic can’t work any other way. Why would someone use marriage as the basis for political alliance, for example, if monogamous, child-rearing relationships weren’t already fundamental to human society? No one would think to invent marriage from scratch for the purposes of political alliance and, if someone did think of it, it would never work because there would be no foundation to build upon.

So it is absolutely true that marriage comes in a wide variety of cultural and legal and historical instantiations, but it is only the variety that is in any sense invented or constructed or arbitrary. They inventions only exist because there was a stable foundation upon which to build them.

But there are individual characteristics that languages, governments, and markets must have in order to exist at all, and similarly there are traits that marriage—despite its many variations—must exhibit in order to exist. Those are sexual monogamy between men and women raising their biological children. Which, not at all coincidentally, are the characteristics that are of utmost importance in the minds of social conservatives defending “traditional marriage.” Whether you believe that marriage was ordained of God by divine fiat in a literal Garden of Eden, was orchestrated by God through the process of natural selection and evolution, or simply evolved spontaneously without any help from a Creator of any kind: marriage remains the fundamental institution that made the human species possible.

The key lesson to learn here is not necessarily that marriage should never change. Marriage—the entire package including the biological kernel and the social embellishments on top of it—changes all the time. Some of those innovations are bad. When society codifies marriage in a way that treats women as property to be bought or sold or gives men a legal right to rape their wives, then society is leveraging the power of the biological kernel of marriage to do great evil. But when marriage is used as a model to care for those in need—like with fostering or with adopting children—then in that case we’re building something beautiful and worthy on top of the foundation that we’ve inherited to work with.

Because this isn’t an argument that marriage should never change, this post cannot function as a direct argument against same-sex marriage, open marriages, or other currently controversial topics. It is possible to believe that the kernel of marriage has filled its evolutionary purpose. Now that we have enormously greater economic prosperity, perhaps the old rationales no longer apply.

This may be so, but at least those who advocate changes to marriage at a fundamental level ought to admit that they are tinkering with the evolutionary foundations of human society. To use a computer analogy: debates about marriage that get to its essential characteristics are not like swapping out one app for another. They are about making changes to the kernel of the operating system. It would be best to know what one is doing before one undertakes such an endeavor. Those propounding the “myth of traditional marriage” manifestly fail to apprehend its true nature and significance. Therefore, they are the last folks I want involved in the process.

11 thoughts on “The Primordial Origins of Marriage”