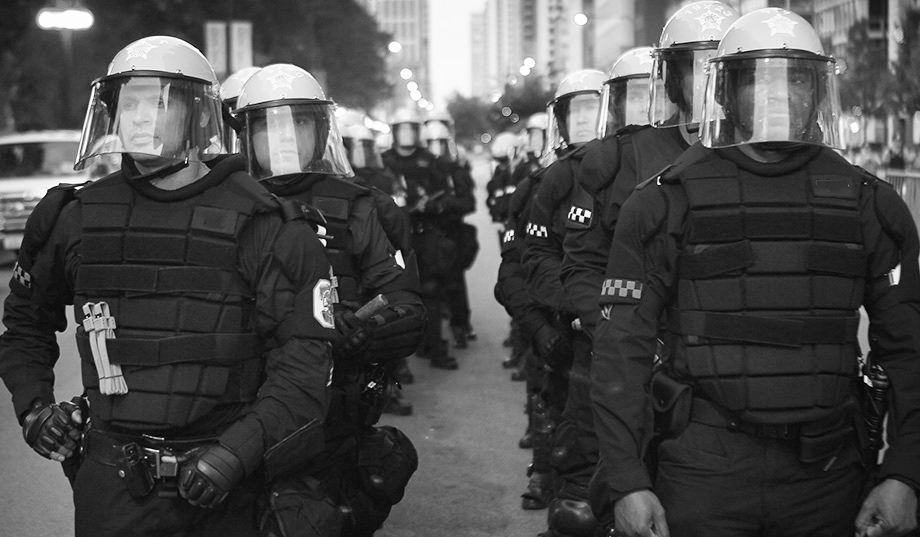 Kevin D. Williamson has an interesting piece up at the National Review Online with a really though-provoking title: Meet the New Serfs: You. In the article, Williamson recaps some of the more egregious examples of government malfeasance towards private citizens over the past couple of years, emphasizing the callous followup to bungled SWAT raids on innocent Americans. For example:

Bobby Griffin Jr. was wanted on murder charges. His next-door neighbor on Peck Street, Joseph Adams, wasn’t. But that didn’t stop the SWAT team from knocking down his door, setting his home on fire, roughing him up, keeping him tied up in his underwear for nearly three hours, and treating the New Haven man, who is gay, to a nance show as officers taunted him with flamboyantly effeminate mannerisms. If the events detailed in Mr. Adams’s recently filed lawsuit are even remotely accurate, the episode was a moral violation and, arguably, a crime.

And when Mr. Adams showed up at the New Haven police department the next day to fill out paperwork requesting that the authorities reimburse him for the wanton destruction of his property — never mind the gross violation of his rights — the story turned Kafkaesque, as interactions with American government agencies at all levels tend to do. The police — who that same night had managed to take in the murder suspect next door without the use of flash grenades or other theatrics after his mother suggested that they were probably there for her son — denied having any record of the incident at Mr. Adams’s home ever having happened.

So far so good: the extraordinary lack of accountability for anyone operating under government auspices is truly breathtaking. From police brutality to missing hard drives at the IRS, the degree of insulation from any reasonable consequences for corruption or incompetence have gone beyond the bounds of hilarity. We literally have cops blowing the faces off of little children with flash-bang grenades and then the government refusing to even help pay with medical expenses. This does seem a lot like serfs being bullied by the thugs of privileged nobles.

But who are the privileged nobles? This is where Williamson’s analogy breaks down. The cops who brutalized Joseph Adams weren’t targeting Joseph Adams. That’s the whole point: they were too indifferent and incompetent to care who they were harassing. Another problem is Williamson’s insistence that it’s law-abiding citizens who suffer worst under this regime: “the brunt of government abuse falls on the law-abiding.” That claim seems utterly detached from reality, as any discussion of the way local governments have entrapped poor citizens in a never-ending nightmare of threats, fees, and penalties will tell you.1

The reality is twofold. First, we must admit that those most vulnerable to government oppression are not middle or upper-class Americans. The more you interact with, depend on, or (Heaven help you) cross the government or its innumerable agents, the more vulnerable you are. That doesn’t describe your stereotypical National Review audience member at all. Second, we have to concede that if we were serfs who belonged to some cruel lord, that would be less frightening than the reality. A cruel master would at least have a chance of being restricted in their cruelty by self-interest or even simple exhaustion. The lord of the manor doesn’t want to kill everyone who raises his crops, and he has to sleep sometime. But bureaucracy never sleeps and doesn’t care at all if you live or if you die. The real horrifying possibility is not that we are serfs and that local cops or bureaucrats are the new aristocracy. (Have you seen how much cops get paid?) Nope, what ought to keep you up at night is that we’re creating a society with serfs, but no lords at all, where it is institutions themselves that–driven from within by some monstrous emergent property of self-preservation–have become our overlords.

4 thoughts on “Are We the New Serfs?”