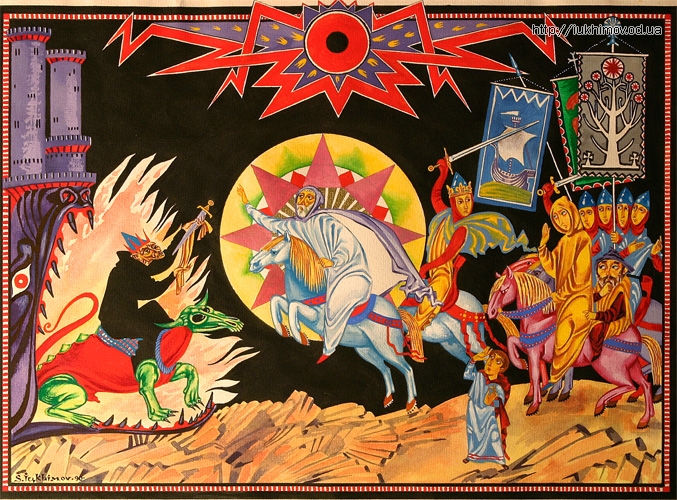 A friend of mine from Moscow has been posting for several days about a cool event scheduled for December 11th. The Eye of Sauron was going to appear on a tower in the Moscow-City business center. It would have been huge, and very prominent. Well, Svecheniye- the art group behind the project- have just announced that they are scrapping the whole thing. They stated that there was nothing political or religious about their Eye of Sauron project, but they received intensely adverse reactions. While the Russian article I read did not specify who pressured Svecheniye, it seemed pretty obvious. Several news articles have been more explicit.  The Russian Orthodox Church strenuously objected to prominently displaying a “demonic symbol of the triumph of evil” in Moscow because it would bring disasters upon the city. For the Russian Orthodox Church, Moscow is a profoundly holy city, the Third Rome. As an Estonian scholar noted, it is crucial to that church’s self-identity.

Moscow is not only the most important city but it is chosen by God and in a way set apart from other places on the earth. Moscow has a special religious function. It is the Christian centre. It is in some way closer to God. But that is not all… Moscow is the Third Rome and “the third stands, and there will never be a fourth.“ Moscow is the last Rome. Moscow was the centre of history and therefore its fulfilment. This means that Russia had to preserve its rich store of faith in purity in the last phase before the end of the world. And this fact puts a heavy responsibility on the shoulders of the Russians.

With this kind of metaphysics, the Tolkien fans never stood a chance. Never mind that Sauron symbolizes the hubris and ultimate futility of evil, not its triumph. The political power of the Russian Orthodox Church means that it can win these battles quite easily.