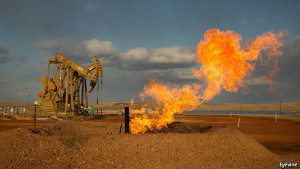 The fact that I was able to fill my car’s gas tank for less than $17 yesterday made me want to post about dropping oil prices. The Economist has a nice summary, stating that four major things are affecting the price:

1 thought on “Why Oil Prices Are Dropping”