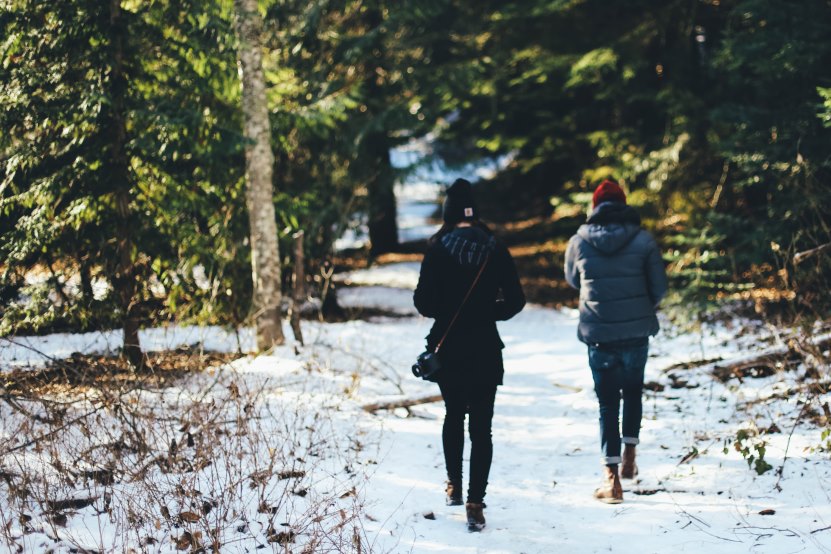 The following trio of recent posts outline various perspectives on why Mormon youth and young adults leave the Church and what can be done about it.

The discussion has already become somewhat politicized, but I think that the similarities in Bokovoy’s and Wilson’s approach outweigh the differences. In this post I’ll talk about reconciling them, and also bring in Gee’s important, data-based perspective.

Bokovoy’s primary point is that the struggles young Mormons encounter with their faith are the result of encountering real, problematic facts from Mormon history. As a result, he asserts that:

We need to alter our approach and stop giving students the impression that there is never any good reason to doubt or question their faith. Instead, we need to help students incorporate questioning as a meaningful contribution to a spiritual journey.

Wilson, as the title of his post indicates, begs to differ. His primary argument is that “It is not the facts themselves that challenge the youth, but the narratives through which the facts are presented and contextualized that challenge them.” Superficially at least, we have a contradiction between Bokovoy and Wilson.

According to Wilson there’s a deeper problem, however: “The more fundamental problem is that often our youth, not to mention many adults, lack the kind of nuanced approach to information that they require to be able to evaluate the facts in distinction to the narratives about the facts.” He later writes that “both apologetic and critical explanations… are merely provisional explanations.” It seems to me that the nuance Wilson is calling for, and the ability to separate facts from narratives, is primarily about being able to avoid taking academic or scientific claims as non-provisional and authoritative and instead “to incorporate questioning.” (Those are Bokovoy’s words.)

The chief difference, then, is that Wilson wants to prepare youth to question secular authority (“They [members] should feel free to take a cafeteria approach to the secular and scholarly information.”) and he blames Bokovoy for stating instead that they should question prophetic authority. But I’m not sure Bokovoy actually did suggest greater questioning of religious authority and, as Wilson admits, both apologetic and critical perspectives are provisional. The two views can, to a substantial degree, be reconciled.

First, however, let me point out that Wilson’s critique of the role academia and science play in society is absolutely correct. He writes that “’Science’ is functionally little more than an appeal to a culturally acceptable authority which they are expected to accept largely on blind faith.” This is true. Nibley’s words about “the black robes of a false priesthood” apply even more today1, and should be expanded to include the white lab coat along with the black graduation gown. This isn’t an attack on reason or the scientific method, but rather an observation that (not necessarily due to anyone’s intentions or desires) the combination of increasingly sophisticated and specialized scientific knowledge and increasing reliance of society on the results of that knowledge have conspired to create a situation where there is a serious risk that any sentiment packaged as scientific will be accepted as authoritative. To a lesser extent, this is true not just of science, but of academia in general.

This means that secularism now functions as a de facto religious outlook without being widely recognized as one. This allows narratives, philosophical claims, and normative judgments made under the banner of secularism to pass as objective and authoritative.2 This in turn means that secular critiques of religion have an unearned advantage (to Wilson’s point) and also that when religious people encounter troubling facts about their own history that don’t require any particular secular narrative to seem troubling (to Bokovoy’s point), secularism is always there on the fringes as the default fall-back position. In either case: the playing field is slanted towards secularism.3

Getting back to a partial reconciliation of Bokovoy and Wilson’s perspectives, Wilson’s central point is a general one about epistemology: “Few narratives can successfully assimilate all of the known data, which, as I have mentioned, is always only a subset of reality anyway.” Or, to use language I’m more comfortable with, we’re all busily engaged in the act of constructing models or narratives from the raw material of the facts and ideas we encounter in our lives. We never succeed in constructing models or narratives that successfully integrate all the facts and ideas that we’re aware of, and even if we could, we’re only personally aware of a very small number of the facts and ideas that are available to be known. Therefore, all our models and narratives are provisional.

Wilson directs this observation primarily at secularism and as a matter of practicality that makes sense. Secular authority is ascendant and its status as quasi-religious authority is largely unrecognized. It cries out for critique. But the observation that all models and narratives are provisional is not limited to secularism, and it includes not only auxiliary, apologetic arguments offered to bolster and positively contextualize prophetic and scriptural statements, but the religious conception of the prophetic and scriptural statements themselves.

Assume for a moment that prophets and scripture are infallible and sufficient. Even in that case, we would still have to go through the messy, error-prone, human process of interpreting and synthesizing their words to construct our own narrative or model. Which means that the resulting narrative or model—even in a world with prophetic and scriptural infallibility and sufficiency—would remain provisional. This means that one can affirm Wilson’s trenchant criticism of secular authority and still make room for Bokovoy’s argument that we ought to “incorporate questioning as a meaningful contribution to a spiritual journey.” Not because we ought to necessarily question prophetic or scriptural authority more than we do, but because we need to be prepared to question the provisional models and narratives we construct from those authoritative statements.

This does not, of course, reconcile every difference between Bokovoy and Wilson. The greatest difference that remains is still the question of what is actually causing youth to leave. Is it, as Bokovoy asserts, the mere existence of troubling facts? Or is it, as Wilson argues, a nefarious suite of narratives which accompany those facts? The first response is that the common thread to Bokovoy’s and Wilon’s approach–espistemic humility and questioning–works in both cases. So there’s a sense in which it doesn’t matter, since the solution to both diagnoses is the same.

It’s still essential to ask the question of what is really going on, however. And what we find is that from a big picture perspective it might very well be that neither Bokovoy nor Wilson are right about the primary problem. This is where John Gee’s post comes in.  Gee’s post is based on analysis of data collected by the ongoing National Survey of Youth and Religion. The project involves tracking the religious lives of thousands of American youths and conducting in-depth interviews with them about their religious lives. As Gee notes:

Unfortunately, the data published by the NSYR does not directly address the issue of why some Latter-day Saint youth become atheist, agnostic, or apathetic. It does, however, delve into the reasons why youth in general choose that path.

Gee then outlines the main factors that (for youth as a whole) tend to lead out of religion and into secular life:

It’s possible that Mormon youth are very different from the general trend, and that while youth of other traditions leave because of behavioral reasons, Mormons leave because of doubts. But that’s not a good starting point given the data, especially since advances in understanding of human behavior4 provide us with a model where intellectual deliberation serves as an after-the-fact rationalization of decisions made non-rationally on the basis of psychological, social, and emotional factors.

Luckily, as I’ve noted previously, Mormonism stands out as a group that is able to transmit behavior and information to rising generations better than other faith traditions. Based on our existing relative strength at transmitting theology, culture, and behavior, we are in a good position to pivot and meet this challenge. So let’s get to work on teaching epistemic humility and questioning now. Let’s take Bokovoy’s critique to heart, and prepare our youth to deal with uncomfortable facts. Let’s take Wilson’s critique to hear, and prepare our youth to view secular authority with due skepticism and discernment. And let’s also keep an eye open towards the data-based approaches like Gee’s to see what other changes, especially related to behavioral considerations, we can take to meet the challenge of keeping the flame of faith burning in a secular world.