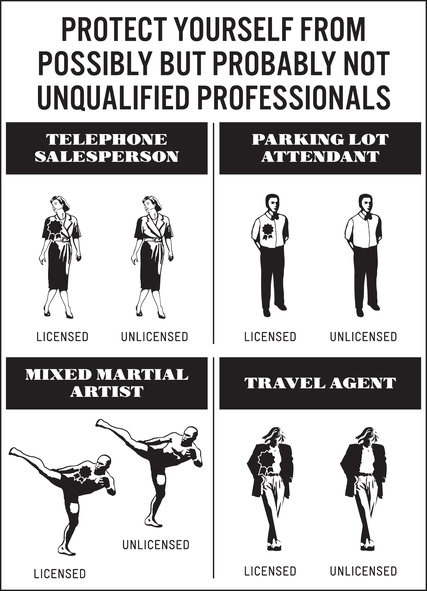 A new study from the Mercatus Center at George Mason University explores the growth of optician licensing in the U.S. Though licensing is often advocated for in the name of “public safety,” this study finds that strict licensing laws reduce competition and enrich opticians with no measurable benefits for consumers (such as vision insurance or optician malpractice insurance premiums). A new NBER study found similar results, concluding that those with occupational licenses in the labor market “earn higher pay, are more likely to be employed, and have a higher probability of retirement and pension plan offers.” Writing in The New York Times, the University of Minnesota’s Morris Kleiner explains,

In the 1970s, about 10 percent of individuals who worked had to have licenses, but by 2008, almost 30 percent of the work force needed them. With this explosion of licensing laws has come a national patchwork of stealth regulation that has, among other things, restricted labor markets, innovation and worker mobility…Occupational licensure has a large and growing impact on labor markets and consumers, but has yet to draw significant public attention or scrutiny. The left and right seem to be in agreement that policy makers need to revisit the process for creating licensure regulations and consider amending or rolling back existing laws in favor of lesser forms of regulations such as certification. Ultimately, we all would benefit from wiser, not more, occupational licensing.