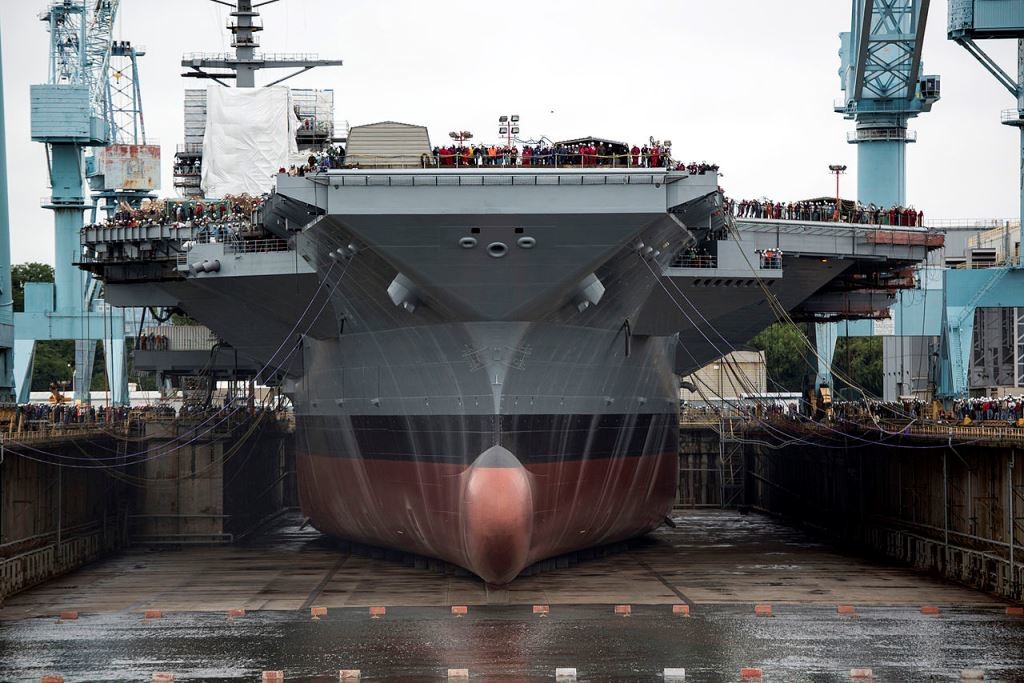 So, my take on this issue is actually more extreme than the headline of the article that inspired it, which is pretty rare for me. The article in question is The U.S. Navy’s Big Mistake — Building Tons of Supercarriers, and the case it makes is pretty simple.

Soviet Adm. Sergei Gorchakov reportedly held the view that the U.S. had made a strategic miscalculation by relying on large and increasingly vulnerable aircraft carriers. The influential U.S. Adm. Hyman Rickover shared this view. In a 1982 congressional hearing, legislators asked him how long American carriers would survive in an actual war.

Things have gotten much, much worse since 1982, by the way. Long-distance, very-fast, relatively cheap, shore-based anti-ship missiles are a problem. So are diesel-powered submarines, which are actually quieter than nuclear subs. But the US military has been deliberately hiding the vulnerability of their prized carriers.

Now let’s take a look at the unofficial record derived from war games. In 2002, the U.S. Navy held a large simulated war game, the Millennium Challenge, to test scenarios of attacks on the fleet by a hypothetical Gulf state — Iraq or possibly Iran.

The leader of the red team employed brilliant asymmetric tactics resulting in 16 U.S. ships, including two supercarriers, going to the bottom in a very short span of time. The Navy stopped the war game, prohibited the red team from using these tactics and then reran the exercise declaring victory on the second day.

When I shared this quote in a Skype chat with some friends, one responded instantly with “that is f—ing treason.” And I was just getting started with the juicy quotes.

One carrier, the USS Kitty Hawk, used up three of its nine lives having been run into by an undetected Soviet sub in 1984, overflown by two undetected Russian planes — an Su-24 and an Su-27 — in 2000, and surprised by a Chinese Song-class attack submarine that surfaced undetected inside its perimeter and within torpedo range in 2006.

What that tells you is that the only reason that no one has sunk an air craft carrier of ours since World War II is that nobody has tried. I should say, “sunk in real life,” of course. The simulated sinkings are apparently not few nor far between.

In March of this year, the French Navy reported that it had sunk the USS Theodore Roosevelt and half of its escorts in a war game, but hurriedly removed that information from its website.

And yet, despite this dismal track record and the even gloomier future prospects, we’re sacrificing other, more capable ships to keep building super-carriers.

The reason the article irritated me so much is that it’s just one of a ton of examples. Consider, for example, the asinine efforts of the Air Force to kill the A-10 Warthog. Cheap, slow, and ugly, the A-10 continues to be one of the most important aircraft in our inventory because of it’s incredible prowess at close-air support. The Air Force wants to get rid of it to fund shiny new toys like the F-35, despite the fact that the F-35 doesn’t offer any genuine opportunity to fill the role the A-10 fills.Things got so bad that an Air Force general told officers if any of them praised the A-10 to lawmakers it was “treason.”1

Then there’s the F-35 itself, which is a late, overbudget, maintenance queen that can’t even replicate the dog fighting abilities of the 40-year old F-16. The sad thing? That’s not even the worst of it. The fact that we’re investing this much in manned aircarft at all shows that we’re not thinking seriously about the future. Putting a human in the cockpit means taking up space and weight and–more importantly–means limiting the aircraft’s performance to what the human body can withstand. The day of manned aircraft is over. We need to catch up with that reality.

2 thoughts on “US Military Leadership: Treasonous or just Corrupt and Incompetent?”