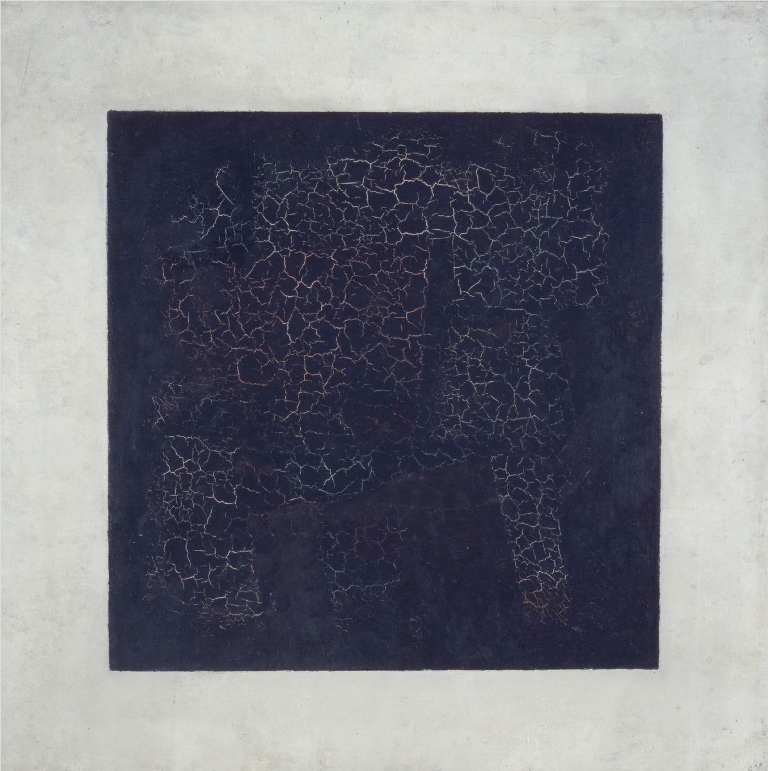 There was an article in the New Yorker last month called The Square that pretty well encapsulates why I am deeply suspicious of both modern art and professional philosophers. The eponymous painting is above. A sample of the text follows:

In 1913, or 1914, or maybe 1915—the exact date is unknown—Kazimir Malevich, a Russian painter of Polish descent, took a medium-sized canvas (79.5 cm. x 79.5 cm.), painted it white around the edges, and daubed the middle with thick black paint. Any child could have performed this simple task, although perhaps children lack the patience to fill such a large section with the same color. This kind of work could have been performed by any draftsman—and Malevich worked as one in his youth—but most draftsmen are not interested in such simple forms. A painting like this could have been drawn by a mentally disturbed person, but it wasn’t, and had it been it’s doubtful that it would have had the chance to be exhibited at the right place and at the right time.

After completing this simple task, Malevich became the author of the most famous, most enigmatic, and most frightening painting known to man: “The Black Square.” With an easy flick of the wrist, he once and for all drew an uncrossable line that demarcated the chasm between old art and new art, between a man and his shadow, between a rose and a casket, between life and death, between God and the Devil. In his own words, he reduced everything to the “zero of form.” Zero, for some reason, turned out to be a square, and this simple discovery is one of the most frightening events in art in all of its history of existence.

Here is what irks me: the painting only works within the context of a bunch of fairly esoteric and inside-baseball talk. The picture, itself, represents nothing. It means nothing. It is, more or less, nothing. Not in some pseudoprofound “Zero, for some reason, turned out be a square” nonsense, but in the mundane, “not much to see here” sense.

I suppose you could argue that it’s a matter of taste, and I’m sure to some extent that is true. Some people like art that speaks to them. Others, for whatever reason, prefer art that requires a thesis-worth of material outside the work in question to be able to find a voice. Call me a grouchy old man, but if you listen to a section of Carl Orff’s Carmina Burana or stand before a Gothic cathedral or stare up at the Sistine Chapel, you’re going to feel something. You might feel much more if you are a musician, or an art historian, or an architect, but just anybody is going to feel something. 1

And that is what I fundamentally don’t like about modern art. Or about professional philosophers. They are elitist to the point of nihilism. They are belligerent and arrogant in their intentional impenetrability. They are fundamentally hostile to the everyman. And, quite frankly, ain’t nobody got time for that. Give me art, any day of the week, that is actually trying to communicate something to me as I am. Not that is intentionally whispering to only a chosen, select few. Even if I can hear, I have no interest in being part of that anti-humane snobbery.