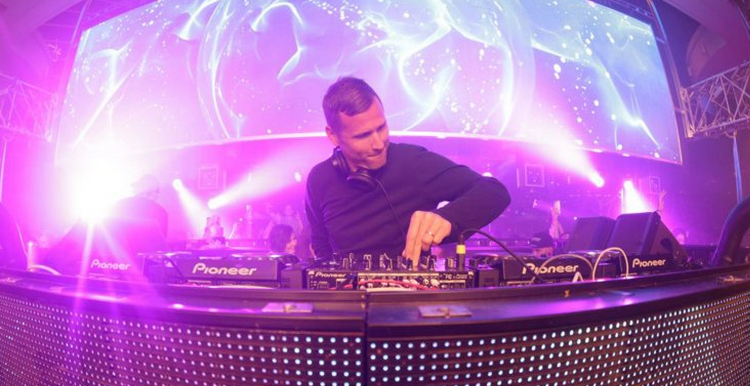 Brandon Flowers, Neon Trees, Imagine Dragons, Lindsey Stirling, and now another Mormon superstar: Kaskade. Or, as the Daily Beat puts it, The Straight Edge Mormon DJ Taking Over the World. As the article’s lede puts it:

Kaskade has been DJing dance parties for 20 years, and last year was the No. 8 highest-paid DJ in the world, raking in $17 million. But he isn’t like other DJs.

Why is he not like other DJs? Well, because he doesn’t drink, doesn’t smoke, and is married with three kids. I’m not one of those who cares overly much about Mormon celebrities perfectly representing our faith (who can do that?), but I’m always happy to see someone willing to go public about their commitment to our basic ideals.

“I don’t party at all!” he says. “I don’t drink, I don’t smoke. I’m a bit of a freak that way because I’m completely different from what you would think. Look, you can’t put all electronic musicians or DJs or whatever you want to call us in one pot. A lot of these guys live in the night and party, but with me, I’m married and have three children. I have a life outside of this.”

Not that that’s all there is to him; the article goes into his years of struggle and honing his craft to build the career he has today:

I mention the booming business of EDM and what exactly the word “DJ” encompasses these days, since many of the so-called “world class DJs” of today are programmers who don’t actually know how to spin records.

“It’s a little insulting,” he says. “Right now, the landscape of what encompasses the word ‘DJ’ is so broad and vast now. You have guys like me who learned on vinyl, know the technique, and know what this really is. I witnessed the whole rise of it. I was friends with Frankie [Knuckles], and I was going to his weekly parties at Medusa’s when I was in high school in the mid-’80s.”

“It’s changed the landscape of what this is. The entry point used to be so much higher, and there was so much more respect for the art of DJing and what it was. We’ve lost some of that now.”

So, if you’re curious to check out some of his music, here’s the track that Buzzfeed featured in their article, “Let Me Disarm You.”