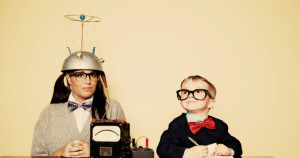 “Crap” may be a bit strong, but The New York Times nonetheless has an important–if not disturbing–article on a new analysis called the Reproducibility Project, which attempts to reproduce 100 studies published in three leading psychology journals. The conclusions were recently published in Science. Tillburg University’s Jelte Wicherts said, “I think we knew or suspected that the literature had problems, but to see it so clearly, on such a large scale — it’s unprecedented.”

The project began in 2011, when a University of Virginia psychologist decided to find out whether suspect science was a widespread problem. He and his team recruited more than 250 researchers, identified the 100 studies published in 2008, and rigorously redid the experiments in close collaboration with the original authors.

…Dr. John Ioannidis, a director of Stanford University’s Meta-Research Innovation Center, who once estimated that about half of published results across medicine were inflated or wrong, noted the proportion in psychology was even larger than he had thought. He said the problem could be even worse in other fields, including cell biology, economics, neuroscience, clinical medicine, and animal research.

The report appears at a time when the number of retractions of published papers is rising sharply in a wide variety of disciplines. Scientists have pointed to a hypercompetitive culture across science that favors novel, sexy results and provides little incentive for researchers to replicate the findings of others, or for journals to publish studies that fail to find a splashy result.

This is a much-needed study.

1 thought on “Why Plenty of Psychology Studies Are Crap”