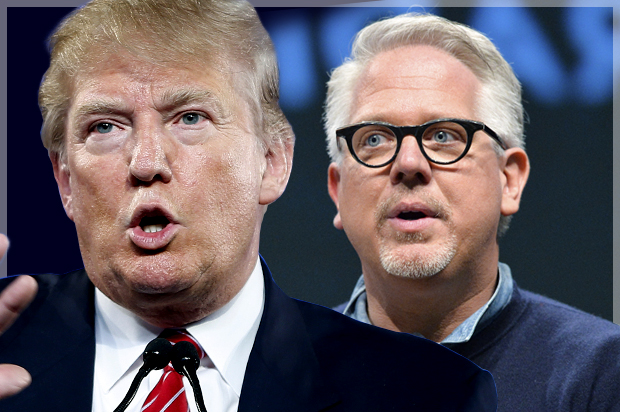 Note: the initial headline misattributed the story to Slate instead of Salon. My mistake.

Salon has an interesting article: Glenn Beck vs. Donald Trump: Why the wing-nut icon’s new war on the billionaire really matters.  It’s always a little hard to read analysis that is so overtly partisan, and the schadenfreude is dense in this article, but I do think it is important that Beck is taking a stand against Trump.

I have a soft spot for Beck. Unlike every other conservative pundit I’ve listened to, I think he’s really sincere, and I find that endearing even if I don’t actually agree with him a lot of the time. Last time I checked, for example, he was a big Cruz supporter and for me Trump, Cruz, and Huckabee sort of round out the Axis of Crazy within the GOP. Still, it is significant because Beck represents–or is supposed to represent–exactly the kind of radical, unthinking segment of the base that is supporting Trump.

I’m not sure exactly what this means, but it undermines the conventional “establishment vs. base” narrative that has been used to explain Trump’s rise. It’s also, to the extent that Beck can galvanize some of the base to actually oppose Trump meaningfully, a potential ray of hope. Because right now, the GOP could use any and every internal ally to displace Trump and put a grown-up back in charge. (It still shouldn’t be Cruz, though. Come on.)