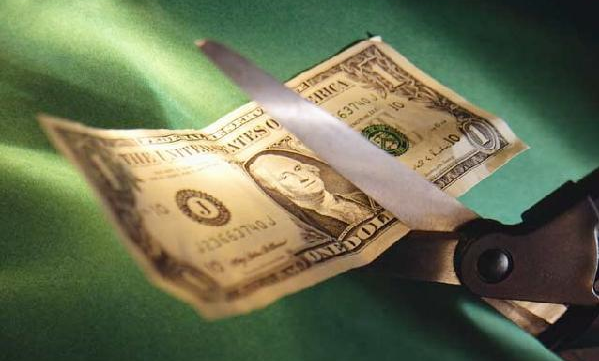 Slate has a write-up that is ostensibly about the mystery of rising income inequality in the United States (and the “tepid” response), but is in actual fact more interesting as a case study in how bias works.

The setup is simple: researchers conducted a variant of the venerable “ultimatum game:”

The twist in this case was that the researchers adjusted the rules so that giving money away was more or less effective. In some games, if you gave $1 to the other player1, the player would only get $0.10. In other cases, if you gave $1 away, the other player received $10. By looking at how much money people gave away vs. how how effective it was, the game purported to measure how the players valued equality vs. efficiency.

Let’s make this plain (more plain than the Slate piece) with a simple example where there’s initially $10 at stake. A player who values equality is going to try to have both players end up with the same amount of money. In a situation where there is low efficiency, they would give away about $9.00 to give the other player $0.90 and would keep $1.00 for themselves. This achieves equality, but it also means that both players (combined) have less than $2.00. In a high-efficiency scenario, they will give away $1.00 and the other player will get $10.00, leaving $9.00 for the original player. This means that the total amount of money (combined) is $19.00.

In other words: a bias towards efficiency meant that the size of the pie available to both players might grow by roughly 500%.

Is that actually what happened in the results? I have no idea. The Slate article was vague. But it was more than just vague, it set up a really strange and forced dichotomy that suggests players had to value equality or… nothing.

But our results suggest that, at least when it comes to attitudes toward inequality, Fitzgerald is right: Elite Americans are not just middle-class people with more money. They display distinctive attitudes on basic moral and political questions concerning economic justice. Simply put, the rich place a much lower value on equality than the rest. What’s more, this lack of concern about inequality among the elite is not a partisan matter. [emphasis added]

Notice how this is not described as a trade-off between efficiency and equality. Even though that’s pretty much the entire point of the experiment, the Slate article treats efficiency as a non-issue beneath consideration, as you can see once again in the penultimate paragraph:

Our results thus shine a revealing light on American politics and policy. They suggest that the policy response to rising economic inequality lags so far behind the preferences of ordinary Americans for the simple reason that the elites who make policy—regardless of political party—just don’t care much about equality. [emphasis added]

This is a major problem because efficiency is a serious practical consideration. One obvious reason for this is the idea of externalities. Consider early-adopters. By definition, an early-adopter has to be relatively affluent in order to invest time and money in bleeding-edge products that don’t necessarily work that well and are quite expensive. The benefit to the rest of us, of course, is that by paying for the over-price, unstable versions of products, early-adopters ensure that the rest of us can buy the cheaper, more stable versions. This sounds frivolous, but something like it applies to virtually every technology that defines our modern existence, from the Internet to penicillin.

My point is not that I know the right way to balance efficiency (the size of the pie) with equality (the relative slices of the pie). My point is just that: it’s a tradeoff we have to make. We’re not going to do a very good job of having a reasonable, civil discussion about that trade off if we can’t even admit that it exists. (Looking at you, Slate.)

3 thoughts on “Inequality and Efficiency: Not Caring vs. Having the “Wrong” Values”