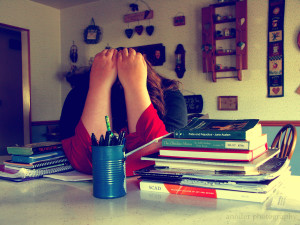 An article  in Psychology Today by Peter Gray, a leading researcher in educational psychology, spends a lot of time lamenting the fragile state of college kids, which I am happy to say does not seem to be happening among my students (crosses fingers that this is not as much of a problem in the sciences, sorry humanities). But I believe it may be a general trend, and I think anyone concerned about the amount of play kids get and the policing of American parents will be interested in the final takeaways:

In previous posts … I have described the dramatic decline, over the past few decades, in children’s opportunities to play, explore, and pursue their own interests away from adults. Among the consequences, I have argued, are well-documented increases in anxiety and depression, and decreases in the sense of control of their own lives. We have raised a generation of young people who have not been given the opportunity to learn how to solve their own problems. They have not been given the opportunity to get into trouble and find their own way out, to experience failure and realize they can survive it, to be called bad names by others and learn how to respond without adult intervention. So now, here’s what we have: Young people,18 years and older, going to college still unable or unwilling to take responsibility for themselves, still feeling that if a problem arises they need an adult to solve it…

In my next post I’ll examine the research evidence suggesting that so-called “helicopter parenting” really is at the core of the problem. But I don’t blame parents, or certainly not just parents. Parents are in some ways victims of larger forces in society—victims of the continuous exhortations from “experts” about the dangers of letting kids be, victims of the increased power of the school system and the schooling mentality that says kids develop best when carefully guided and supervised by adults, and victims of increased legal and social sanctions for allowing kids into public spaces without adult accompaniment. We have become, unfortunately, a “helicopter society.”

The only other thing I’ll add is that letting kids not only play, but also experience hard work (sometimes we have to do things that are not fun but are necessary, like the dishes) will help them get through those (not rare) times in life that require hard work.

1 thought on “Play, Parenting, and the Fragility of Young Adults — The “Helicopter Society””