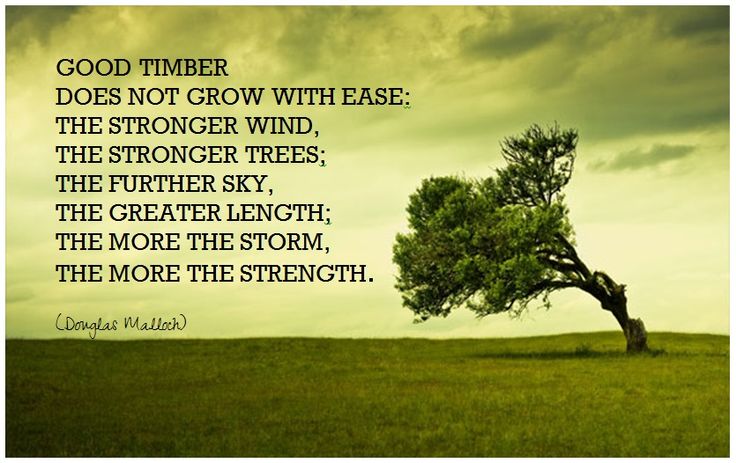 The word orthodox is pretty familiar. It’s combination of the Greek words orthos (straight or right) and doxa (opinion) that means correct belief or doctrine. A related but less well-known concept is orthopraxy, which is a combination of orthos and praxia (action) that means correct practice or action. The two concepts are related to the notions of works and grace and exist in similar tension, as the Wikipedia entry on orthopraxy indicates:

In the study of religion, orthopraxy is correct conduct, both ethical and liturgical, as opposed to faith or grace etc. This contrasts with orthodoxy, which emphasizes correct belief, and ritualism, the use of rituals.

Mormonism is often seen as coming down rather firmly on the orthopraxy side of this divide. After all, we have no professional clergy, no formal theology, and an open canon. And so we have neither an authoritative expression of orthodoxy nor a priestly class disposed to write one. Mormon philosopher James Faulconer has even referred to the Church as “atheological,” and Mormon biblical scholar David Bokovoy collected Joseph Smith quotes that suggest an extensive dislike of creeds:

The first and fundamental principle of our holy religion is, that we have the right to embrace all, and every item of the truth, without limitation or without being circumscribed or prohibited by the creeds and superstitious notions of men.1

I never thought it was right to call up a man and try him because he erred in doctrine, it looks too much like Methodism and not like Latter day Saintism. Methodists have creeds which a man must believe or be kicked out of their church. I want the liberty of believing as I please, it feels so good not to be tramelled.2

I cannot believe in any of the creeds of the different denominations, because they all have some things in them I cannot subscribe to, though all of them have some truth. I want to come up into the presence of God, and learn all things; but the creeds set up stakes, and say, ‘Hitherto shalt thou come, and no further;’ which I cannot subscribe to.3

..I stated that the most prominent difference in sentiment between the Latter-day Saints and sectarians was, that the latter were all circumscribed by some peculiar creed, which deprived its members the privilege of believing anything not contained therein, whereas the Latter-day Saints … are ready to believe all true principles that exist, as they are made manifest from time to time…4

I question whether this either/or divide is actually helpful or accurate, however. Recent talks, like Elder Uchtdorf’s “The Gift of Grace” from the April 2015 General Conference emphasize the important role that grace (associated with orthodoxy rather than orthopraxy) plays in our faith. Moreover, all but the last of Bokovoy’s collected quotes actually indicate that the problem Joseph Smith had with the creeds of his day was not that they were creeds but rather that they were incorrect creeds. The Mormon commitment to continuing revelation rules out static creeds, but not as emphatically or antagonistically as some have believed. It casts creeds as necessarily incomplete but not necessarily abhorrent.

Nevertheless, the stereotype of an excessively orthoprax Mormonism does hold some appeal because it lends itself to a kind of criticism that is very on point with respect to the controversies of the our day. If the Mormon faith places so much emphasis on obedience and correct behavior that it obscures Christ and His mercy, then is it any wonder the Church tends towards authoritarianism and callousness? Even bigotry? And so the stereotype gets an additional boost because it is useful to certain critics of the Church.

But is it really accurate? Or is there a way to reconcile the distinctive lack of formal doctrine and Mormonism’s heavy emphasis on behavior with a robust reverence for the mercy and grace of Christ? Can we bridge the gap between orthopraxy and orhodoxy?

I believe that we can, and that perhaps the answers have been there all along. Those are the directions my thoughts took, at least, as I read Elder Sterling W. Sill’s excellent talk from the April 1971 General Conference: “Great Experiences.”

Elder Sill’s talk begins with a very orthoprax focus and an emphasis on Christ. “The religion of Christ itself is not so much a set of ideas as it is a set of activities,” he says. “The purpose of the Church is to help us translate the principles of the gospel of Christ into constructive, meaningful human experience.”

After this clear thesis, however, Sill spends almost the next 1,000 words (more than ½ of the talk) without mentioning or referring to Jesus Christ again. Instead, he emphasizes things like “a daily practice of thinking some uplifting thoughts, listening to some fine music, reading some stimulating literature, doing some good deeds, and having some great experiences.”

These kind of sentiments sound, at first glance, like the kind of platitudes critics of the Church for being obsessed with obedience and works might levy. A glance at Elder Sill’s biography doesn’t help. He was an extremely successful businessman and several of the more than 30 books he published between 1958 and 1986 seem almost proto-Coveyesque. He wrote three volumes on leadership, for example. Elder Sill’s background, like his talk, seem at first to conform to exactly the worst stereotypes of orthopraxy: overemphasis on lists and worldly accomplishments.

But I have to admit that even at this point I was already impressed by his unique perspective. His notion that the Church exists to transform principles into experience is fascinating,5 and I was particularly struck by his emphasis on the dangers of foolishness instead of sin. “The scriptures themselves make almost as many references to fools as to sinners,” he says in a long passage that—at first glance—seems to be primarily about the importance of maintaining high self-esteem.

“Because we draw so much from the rebellion, weakness, and evil with which we are surrounded, we tend to load ourselves up too heavily with guilt complexes, mental problems, insecurity, and mediocrity.” This obsession with negative thoughts can lead to a ponderous D.F.T. file in our minds: a depressing list of all the damn fool things we regret doing in the past.6

The stereotype of an achievement-oriented Mormonism begins to break down as Elder Sill’s talk progresses, but the first the cracks are so subtle that they are easy to miss. It begins with his self-deprecating example of one of the great experiences of his life: “Great experience number one is that I managed to get myself born, and I have been very pleased about that ever since.”

Of course, there is some credit in being born (since it means we held our own in the First Estate), but Elder Sill is quick to point out that many of the advantages of his birth were just “good fortune” that he found out “quite a long time after it happened.”

Then he quotes from a poem7 that emphasizes the importance not of achievement, but of struggle.

Good timber does not grow at ease,
The stronger wind, the stronger trees.
The further sky, the greater length,
The more the storm, the more the strength.
…
And they hold council with the stars
Whose broken branches show the scars
Of many winds and much of strife.

The image of broken branches and scars is directly at odds with the image of Stepford Mormons whose lives are unblemished because of their devotion to God. It is also at this point in the talk that Elder Sill begins to bring God and Christ back into the picture. He says he was baptized, “in the exact manner prescribed by the Savior of the world,” and then speaks of rebirth more generally, saying that our lives really being “when we determine to live by every word of the Lord.” Then comes marriage “in the temple of the Lord” and scriptures that contain “gospel of Christ.”

It’s possible to see these references as off-hand or even pro forma, as though Elder Sill is bringing up God merely because he’s going through the motions. But there’s another explanation for the way God returns to his words in such an indirect fashion: it may be that Elder Sill simply took for granted that we should have had God in mind the whole time. After all, there are two kinds of people who don’t know what the idea of “wetness” means: those who have never experienced water, and those who have never experienced anything else.

And then, lest we still think that Elder Sill’s talk is just an extended exercise in practically-oriented self-help, he says this:

There is no mistaking, at this point, Elder Sill’s recognition that his achievements in business are ephemeral and—in and of themselves—worthless. These are the words of a man who understands where real value lies, and it is not in mortal accomplishment.

Every Sunday my kids spend a lot of time drawing. Usually, when you think about the creation of art, you think about it is a goal-oriented behavior. You draw, or paint, or sculpt in order to create a drawing, or a painting, or a sculpture, and the object you create is the whole point of the work that goes into creating it.

And yet, my kids don’t actually care very much about the art they create. My Sunday bag is jam-packed with their creations, but they have no interest in any of last week’s creations. They only care about whether or not my bag contains one thing: materials to make more art. For my kids, it’s the actual work—and not the product of the work—that matters.

That is the connection between orthopraxy and orthodoxy, between works and faith. Hugh Nibley summarized it by saying, “Work we must, but the lunch is free.” The idea is that our striving towards accomplishment of meaningful work is important because it allows us to strive. The accomplishments–won or missed–don’t really matter.

The trick is that we have to strive earnestly. We have to do the best drawings we can, to return to the example of my kids and their artwork, because even though the art might not matter the fact of sincerely doing our best does matter. And that is why all of Elder Sill’s discussion about the best way to make ourselves useful tools (by, for example, avoiding negativity) are not superficial or vain or idolatrous. Because he well understood that the great experiences towards which we strive do not come from our efforts. Birth, baptism, rebirth through repentance, temple marriage: none of these are experiences we can earn or create for ourselves. In every case, we depend on the kindness of others and especially on the power of Christ.

This is an inspirational talk for me, because it shows the possibility of finding the profound within the mundane. Of finding Christ in our everyday life. And that is truly a worthy pursuit.

7 thoughts on “Good Timber Does Not Grow at Ease”