The late political/social scientist James Q. Wilson made a name for himself studying crime (most famously his “broken windows theory“),1 which eventually led him to study mankind’s innate moral sense as well as the familial context in which this sense is nurtured. This wide range of research and reflection enabled him to pen the following paragraph, which is a beautiful summary of human nature:

Evolution by selection, though of great importance to human life, is an incomplete explanation unless we first understand that what it produced were not robots that acted automatically on biological instincts but thinking, feeling people equipped by nature with a complex psychology that predisposed but did not compel them to act in certain ways…Part of the reason we help others at some sacrifice to ourselves is that they are our children; by helping them we perpetuate our genes. And another part is that we help people who are not our children in order to impress these people with our dependability and win from them some reciprocal help in the future. But these two explanations, inclusive fitness and reciprocal altruism, while quite powerful, do not clarify everything…To explain all of altruism, it is necessary to first understand that what evolution has given to us is not a fixed mechanism to achieve a specific goal, but an emotion that not only serves that goal but achieves related ones as well. Let us call that emotion a desire for affiliation or, in simple language, a desire to be part of a social group.2

To be human is to be social.3 With increased socialization being linked to our evolutionary development as a species (i.e. “the social brain hypothesis“), it is little wonder that covenants, kinship, and community play such an integral role in Mormon theology.4 Isolation or alienation does violence to this fundamental element of our human nature and often leads to unfortunate outcomes, possibly even addiction. As British journalist Johann Hari explains,

I thought of this information as I was reading through the Priesthood session of the October 1971 General Conference. Marvin J. Ashton recounts a time he was visiting a prison and was stopped by a young man who, after talking with Elder Ashton for 15 minutes or so, said, “Thank you for talking to me.” This need to be listened to–to be accepted and truly seen–is echoed in the predicament of Ashton’s imprisoned friend, who stated,

I don’t want to blame anyone back home for my being in prison today, but it is factual that I had no family relationships. I am involved in the family home evening program at the prison. Without the parents who have been assigned to me through this social services program, many times I would have given up. These people love me as if I were their own son. I have never had that, even when I was a small boy. Now, with their help and that of others, I believe I can now make it back a day at a time. I am not proud of being in prison, but I am proud of my recent experiences while being there. We have a tendency to blame others. We don’t want to blame our parents for not loving us, because we know they do, but maybe they didn’t have the guidance and direction in their lives to apply when they were bringing us up.

These prisoners obviously had experienced social isolation on a grand scale prior to their imprisonment. This is what makes Ashton’s message so powerful:

I humbly, but with all of the power in my possession, declare to our “lost” youth, young men and young women worldwide, you can make it back from where you are. The great social services program of the Church, operating as an arm of the priesthood, lends a helping hand to our young people with social and emotional problems. As President Smith has declared to us tonight, by honoring our priesthood we can help them find their way back to joy and stability. 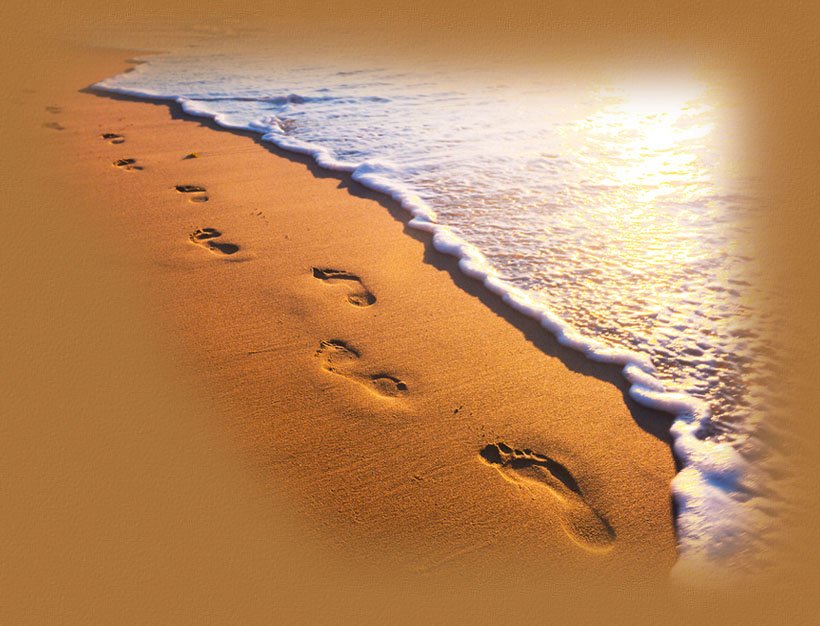 The gospel is freely available to all, including and especially those whose sins may be more public and legally troublesome. They are not truly lost: they can make it back from where they are. But they cannot and should not do it
alone. The gospel is communal and we as members of the community should be leading them “back to joy and stability.” This is why President Joseph Fielding Smith reminds the brethren in his opening talk that they
are to use “the priesthood to benefit mankind.” It “is given…to bless ourselves and our Father’s other children.” In a well-known and popular story, a man has a dream in which he is walking on a beach with the Lord. As he sees scenes from his life, he notices that at times there are two sets of footprints and at others only one. Realizing the hardest times feature only one pair of footprints, he questions why the Lord abandoned him in his trials. In reply, the Lord says, “It was then that I carried you.” The story is sentimental enough, but as physician and cultural historian Sam Brown notes, “While there is no doubt that Christ will indeed carry us in our lives…[h]ow could a person’s life story be told with only one set of human footprints?” “The Mormon version,” he writes, “...would have so many footprints that it would be hard to find undisturbed sand. There would be parents and siblings, friends and neighbors, visiting and home teachers, the Relief Society presidency, the bishop and his counselors, even sometimes the young women and young men of our wards and neighborhoods…At times of trial, the footfalls may become a stampede, the sand bearing the marks of an earnest crowd of saints carrying us forward.”5

The need for more footprints in the sand is made even more explicit in Marion D. Hanks’ talk. He describes five things that the youth (or anyone, really) need:

First, they need faith. They need to believe. They need to know the doctrines, the commandments, the principles of the gospel. They need to grow in understanding and conviction. They need to worship and to pray, but they live in a time when all of this is so seriously questioned, when doubt is encouraged.

Two, they need to be accepted as they are, and to be included. They need a family, the most important social unit in this world; and even if they have a good family, they need the supportive influence outside their home of others, of neighbors, of friends, of bishops, of brothers, of human beings.

Three, they need to be actively involved, to participate, to give service, to give of themselves.

…We need to understand their needs. They need to learn the gospel. They need to be accepted, to be involved, to be loved; and they need, my brethren—my fifth and final point—the example of good men, good parents, good people, who really care.

Each of these, including the first one, bolster a sense of belonging and connection with others. Christianity “provided an unimaginably exalted picture of the human person–made in the divine image and destined to partake of the divine nature…In short, the rise of Christianity produced consequences so immense that it can almost be said to have begun the world anew: to have “invented” the human, to have bequeathed us our most basic concept of nature, to have determined our vision of the cosmos and our place in it, and to have shaped all of us…in the deepest reaches of consciousness.”6 That people are “not only something of worth but indeed something potentially godlike, to be cherished and adored, is the rarest and most ennoblingly unrealistic capacity ever bred within human souls.”7 To be the victim of abuse, tragedy, shame, or loneliness is to often have one’s feelings of dignity and self-worth stripped. It is not merely a future peace or salvation that is being taught when one preaches Jesus and the doctrines of the gospel: it is an identity; a recognition that “the worth of souls” (including one’s own) “is great in the sight of God” (D&C 18:10). They “are no more strangers and foreigners, but fellowcitizens with the saints, and of the household of God” (Eph. 2:19; note the kinship language in my italics). They are called to be “equip[ped with] the saints for the work of the ministry, for building up the body of Christ” (Eph. 4:12, NRSV). They are called into a community. They are called to belong.

And so are we.

Here are the rest of the blog posts for the General Conference Odyssey this week. You can also follow along via our Facebook Group.

4 thoughts on “The Need to Belong”