Two centuries ago, the average world income per human (in present-day prices) was about $3 a day. It had been so since we lived in caves. Now it is $33 a day—which is Brazil’s current level and the level of the U.S. in 1940. Over the past 200 years, the average real income per person—including even such present-day tragedies as Chad and North Korea—has grown by a factor of 10. It is stunning. In countries that adopted trade and economic betterment wholeheartedly, like Japan, Sweden and the U.S., it is more like a factor of 30—even more stunning.

And these figures don’t take into account the radical improvement since 1800 in commonly available goods and services. Today’s concerns over the stagnation of real wages in the U.S. and other developed economies are overblown if put in historical perspective. As the economists Donald Boudreaux and Mark Perry have argued in these pages, the official figures don’t take account of the real benefits of our astonishing material progress.

…Nothing like the Great Enrichment of the past two centuries had ever happened before. Doublings of income—mere 100% betterments in the human condition—had happened often, during the glory of Greece and the grandeur of Rome, in Song China and Mughal India. But people soon fell back to the miserable routine of Afghanistan’s income nowadays, $3 or worse. A revolutionary betterment of 10,000%, taking into account everything from canned goods to antidepressants, was out of the question. Until it happened.

So argues economic historian Deirdre McCloskey in the past Saturday Essay of The Wall Street Journal. How did this Great Enrichment happen?: 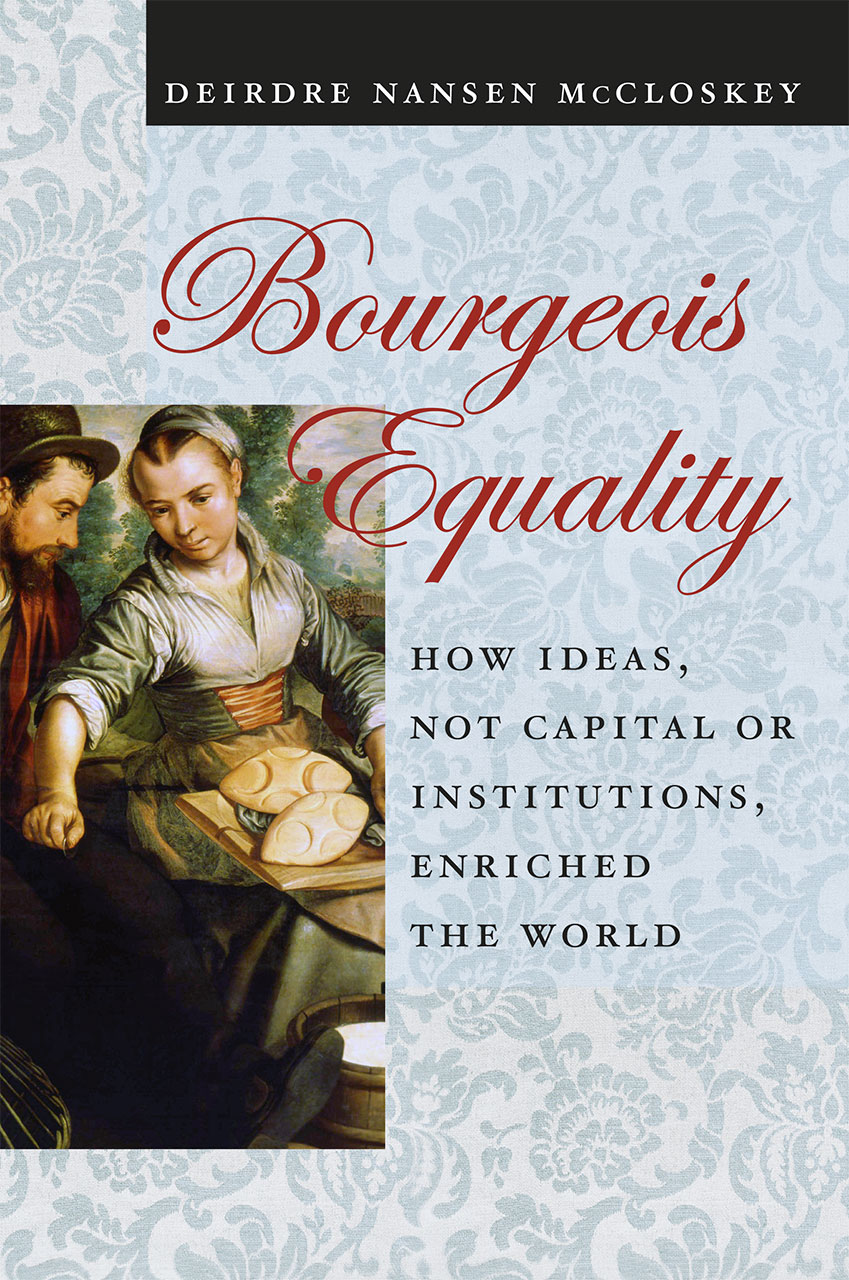 The answer, in a word, is “liberty.” Liberated people, it turns out, are ingenious. Slaves, serfs, subordinated women, people frozen in a hierarchy of lords or bureaucrats are not. By certain accidents of European politics, having nothing to do with deep European virtue, more and more Europeans were liberated. From Luther’s reformation through the Dutch revolt against Spain after 1568 and England’s turmoil in the Civil War of the 1640s, down to the American and French revolutions, Europeans came to believe that common people should be liberated to have a go. You might call it: life, liberty and the pursuit of happiness.

Check out the rest of McCloskey’s piece and be sure to pick up the last in her trilogy on the Bourgeois Era: Bourgeois Equality: How Ideas, Not Capital or Institutions, Enriched the World.