The Wall Street Journal this month reached out to all 45 surviving former members of the White House Council of Economic Advisers under the past eight presidents, going back to Richard Nixon, to get their views on this year’s presidential election.

Among 17 Republican appointees who responded to Journal inquiries, none said they supported Mr. Trump. Six said they did not support Mr. Trump and 11 declined to say either way. An additional six did not respond to repeated messages. Among the 21 Democrats who responded to the Journal, 14 said they supported Mrs. Clinton, none said they opposed her and seven declined to say either way. One Democratic appointee didn’t respond to messages. 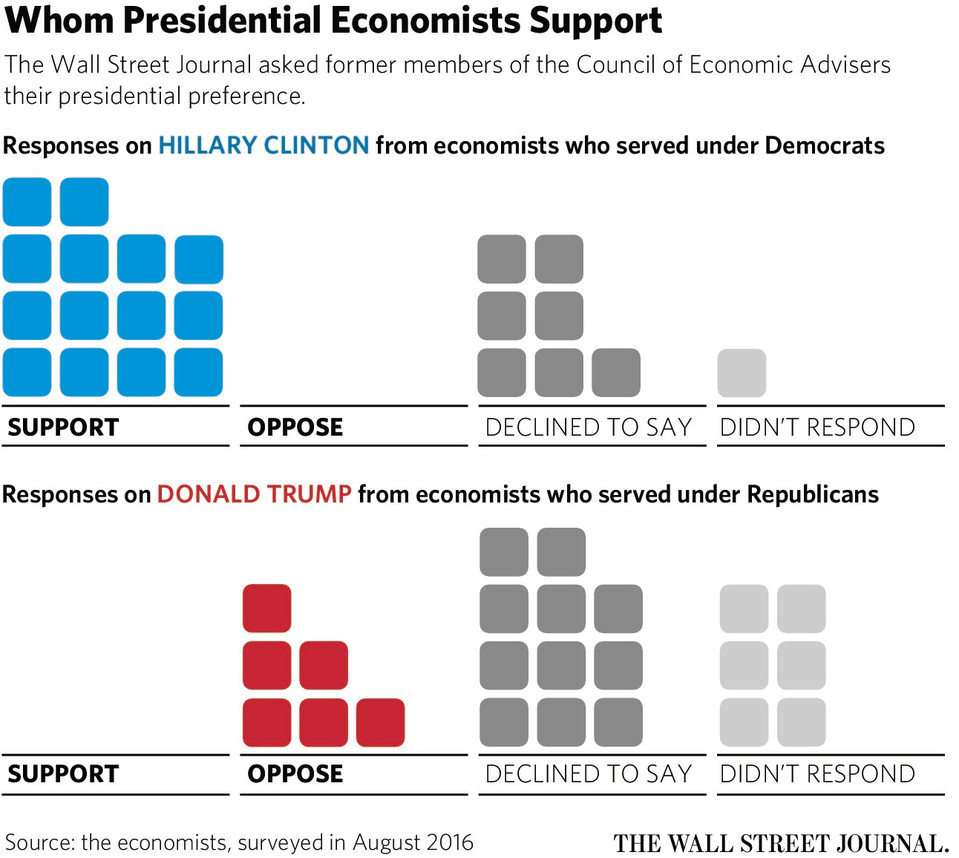 Check out the full article to see what the economists are saying.