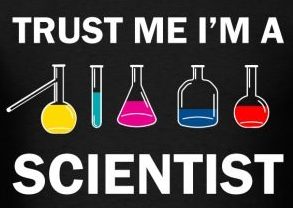 New York Times reporter and best-seller John Tierny published an excellent article with City Journal in which he argues that the Left has waged a far more damaging and effective war on science than the Right, despite narratives to the contrary. The whole article is worth reading, but among his examples include:

Tierny argues that possibly one of the greatest casualties of the Left’s war on science is the reputation of scientists. As he puts it: “Bad research can be exposed and discarded, but bad reputations endure.”

The whole article is worth reading, but here is a sampling:

In a classic study of peer review, 75 psychologists were asked to referee a paper about the mental health of left-wing student activists. Some referees saw a version of the paper showing that the student activists’ mental health was above normal; others saw different data, showing it to be below normal. Sure enough, the more liberal referees were more likely to recommend publishing the paper favorable to the left-wing activists. When the conclusion went the other way, they quickly found problems with its methodology.

The narrative that Republicans are antiscience has been fed by well-publicized studies reporting that conservatives are more close-minded and dogmatic than liberals are. But these conclusions have been based on questions asking people how strongly they cling to traditional morality and religion—dogmas that matter a lot more to conservatives than to liberals. A few other studies—not well-publicized—have shown that liberals can be just as close-minded when their own beliefs, such as their feelings about the environment or Barack Obama, are challenged.

Social psychologists have often reported that conservatives are more prejudiced against other social groups than liberals are. But one of Haidt’s coauthors, Jarret Crawford of the College of New Jersey, recently noted a glaring problem with these studies: they typically involve attitudes toward groups that lean left, like African-Americans and communists. When Crawford (who is a liberal) did his own study involving a wider range of groups, he found that prejudice is bipartisan. Liberals display strong prejudice against religious Christians and other groups they perceive as right of center.

Conservatives have been variously pathologized as unethical, antisocial, and irrational simply because they don’t share beliefs that seem self-evident to liberals. For instance, one study explored ethical decision making by asking people whether they would formally support a female colleague’s complaint of sexual harassment. There was no way to know if the complaint was justified, but anyone who didn’t automatically side with the woman was put in the unethical category. Another study asked people whether they believed that “in the long run, hard work usually brings a better life”—and then classified a yes answer as a “rationalization of inequality.” Another study asked people if they agreed that “the Earth has plenty of natural resources if we just learn how to develop them”—a view held by many experts in resource economics, but the psychologists pathologized it as a “denial of environmental realities.”

For his part, Holdren [a previous advocate of forced population control in the U.S.] has served for the past eight years as the science advisor to President Obama, a position from which he laments that Americans don’t take his warnings on climate change seriously. He doesn’t seem to realize that public skepticism has a lot to do with the dismal track record of himself and his fellow environmentalists. There’s always an apocalypse requiring the expansion of state power. The visions of global famine were followed by more failed predictions, such as an “age of scarcity” due to vanishing supplies of energy and natural resources and epidemics of cancer and infertility caused by synthetic chemicals. In a 1976 book, The Genesis Strategy, the climatologist Stephen Schneider advocated a new fourth branch of the federal government (with experts like himself serving 20-year terms) to deal with the imminent crisis of global cooling. He later switched to become a leader in the global-warming debate.

Yet many climate researchers are passing off their political opinions as science, just as Obama does, and they’re even using that absurdly unscientific term “denier” as if they were priests guarding some eternal truth. Science advances by continually challenging and testing hypotheses, but the modern Left has become obsessed with silencing heretics. In a letter to Attorney General Loretta Lynch last year, 20 climate scientists urged her to use federal racketeering laws to prosecute corporations and think tanks that have “deceived the American people about the risks of climate change.” Similar assaults on free speech are endorsed in the Democratic Party’s 2016 platform, which calls for prosecution of companies that make “misleading” statements about “the scientific reality of climate change.” A group of Democratic state attorneys general coordinated an assault on climate skeptics by subpoenaing records from fossil-fuel companies and free-market think tanks, supposedly as part of investigations to prosecute corporate fraud. Such prosecutions may go nowhere in court—they’re blatant violations of the First Amendment—but that’s not their purpose. By demanding a decade’s worth of e-mail and other records, the Democratic inquisitors and their scientist allies want to harass climate dissidents and intimidate their donors.