A week or two ago, I saw something interesting and new going around on Facebook: PolitEcho. It’s a cool idea. The app1 analyzes the politics of your friends on Facebook–and your feed–and then answers the question, “is your news feed a bubble?”

So I thought it would be fun to ask the Difficult Run editors to run the analysis on their own Facebook profiles and send me the results so that we could publish a little post that showed the respective bubbles of the folks who write for Difficult Run.

Now, before we get to the results, I have to lower expectations just a bit. Like a lot of data visualization projects, PolitEcho doesn’t really live up to its guiding concept. The way it analyzes political affiliation is very, very rudimentary. Instead of doing anything cool like using the Moral Foundations Word Count tool to conduct sentiment analysis on that things that your friends actually post2, instead PolitEcho just looks to see whether your friends have “liked” a variety of pre-screened news sources on Facebook. If they like Breitbart, for example, they’re conservative. If they like DailyKos, they’re liberal.  In other words, don’t read too much into this.

That said–and mostly for fun–here are what our political bubbles look like. 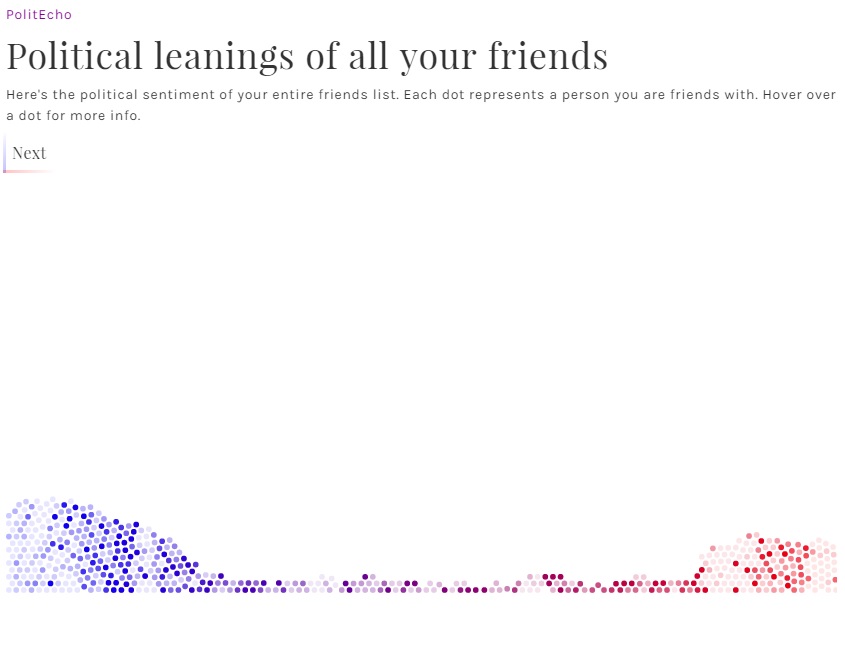 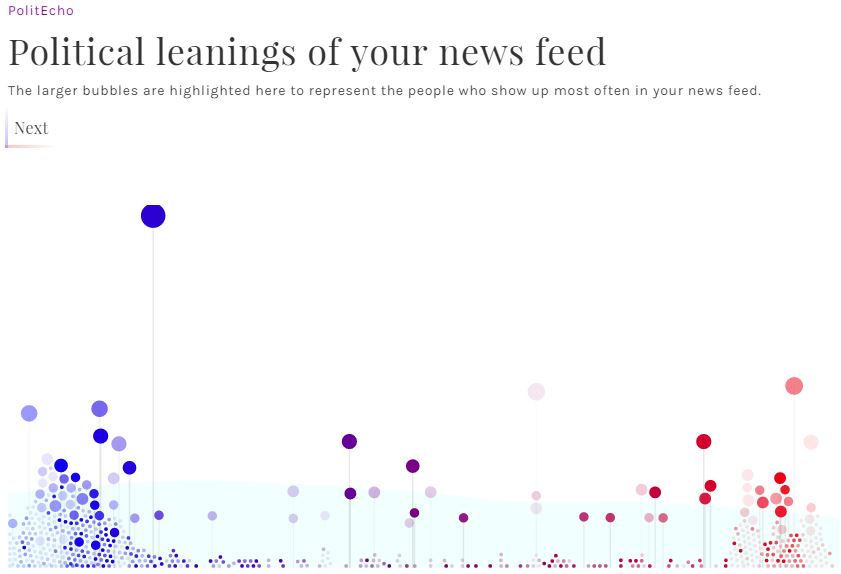 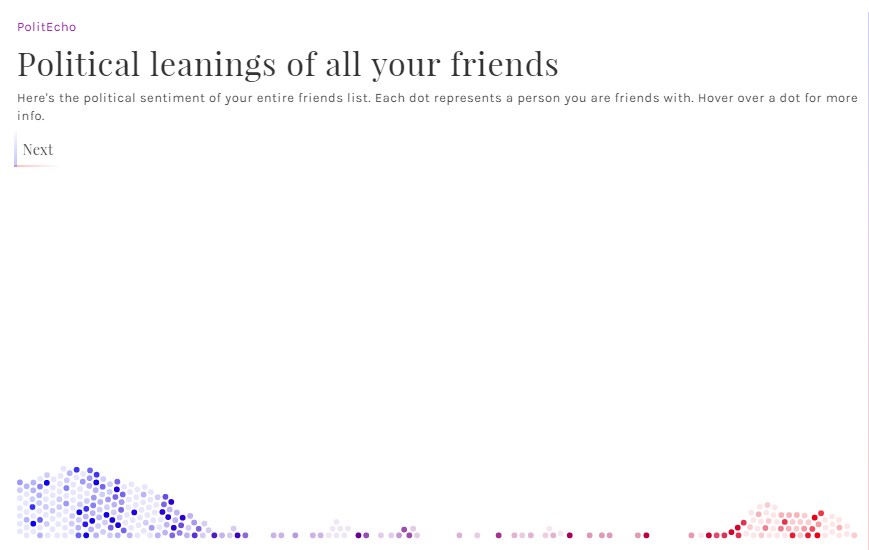 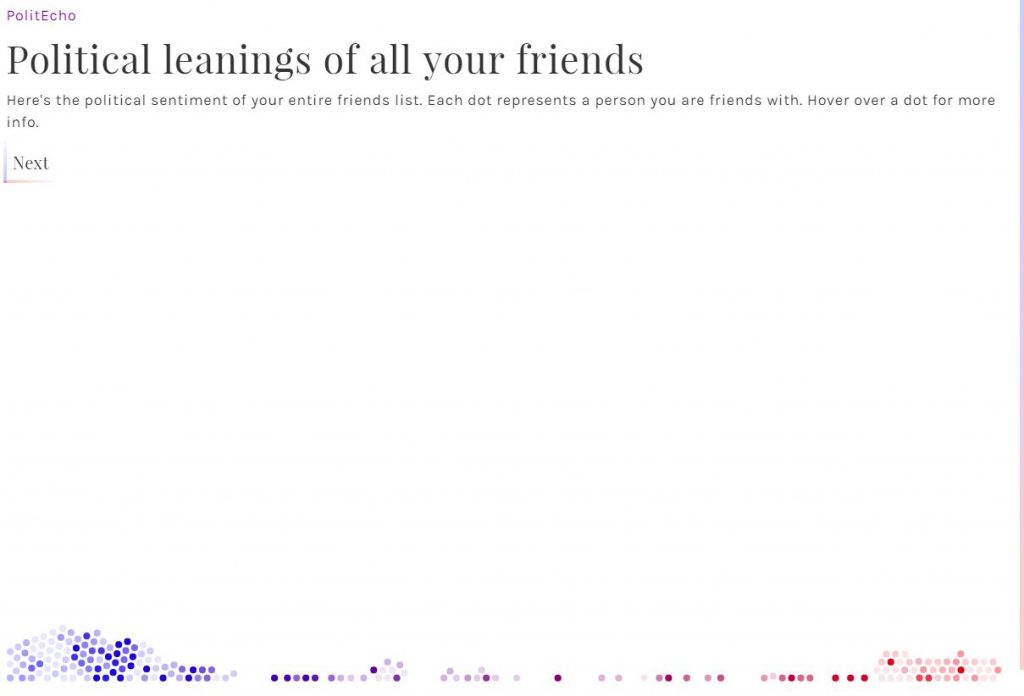 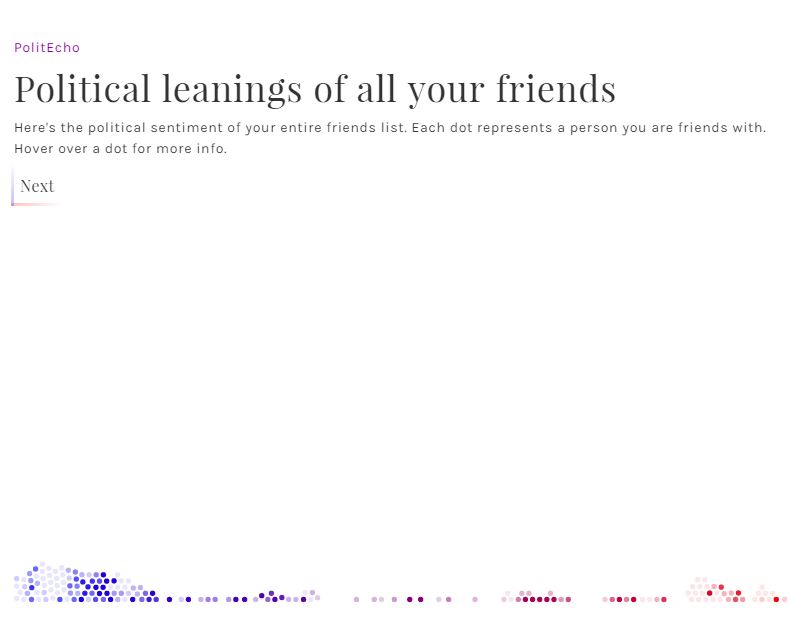 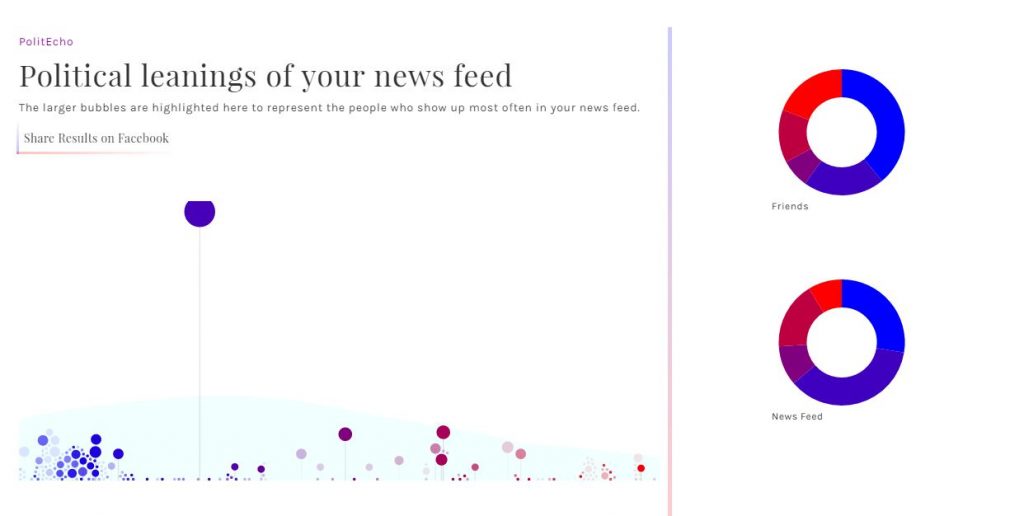 So, that’s what our social networks look like, from one particularly naive political viewpoint.