I’ve written on the social science of military intervention before, noting that they rarely achieve the democratic goals of those intervening. A new study distinguishes between top-down and bottom-up approaches to foreign intervention: “Top-down approaches to foreign intervention emphasise gaining citizen compliance by making it costly for citizens to oppose the state, whereas bottom-up approaches aim to increase the benefits of supporting the state by providing public goods, economic aid, and political opportunities.” Drawing on evidence from the Vietnam War, the researchers find (perhaps unsurprisingly), 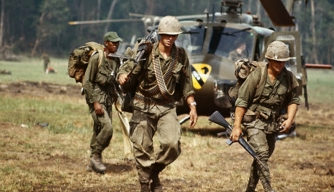 Estimates document that the bombing of South Vietnamese population centres backfired, leading more Vietnamese to participate in Viet Cong (VC) military and political activities and increasing VC attacks on troops and civilians. The initial deterioration in security entered the next quarter’s security score, increasing the probability of future bombing and hence leading to sustained increases in VC activity. Moreover, while US intervention aimed to build a strong state and engaged civic society that would provide a bulwark against communism after US withdrawal, bombing instead reduced the probability that the local government collected taxes, decreased access to primary schools, and reduced participation in civic organisations. To the extent that spillover effects of bombing on other locations exist, the impacts tend to go in the same direction as the effects on the locations that were bombed.

Interviews of VC prisoners and defectors provide a potential explanation for why bombing increased VC activity. Grievances against the government – particularly in cases where a civilian family member was killed in US or South Vietnamese attacks – were strong motivators for joining the VC (Denton 1968). Civilian casualties and property damage are plausibly particularly harmful to the trust between government and citizens that underlies an effective social contract.

In order to compare the two strategies, the authors explored

the boundary between Military Region I – commanded by the US Marine Corps (USMC) – and Military Region II – commanded by the US Army. The Marines emphasised providing security by embedding soldiers in communities and winning hearts and minds through development programmes (USMC 2009). Their approach was motivated by the view that “in small wars the goal is to gain decisive results with the least application of force… the end aim is the social, economic, and political development of the people” (USMC 1940). In contrast, the Army relied on overwhelming firepower deployed through search and destroy raids (Krepinevich 1986, Long 2016). Evidence points to this difference in counterinsurgency strategies as a central distinction between the Army and Marines.

Hamlets just to the USMC side of the boundary were less likely to have a VC presence than those just to the Army side, and public opinion data document that citizens in the USMC region reported less anti-Americanism and more positive attitudes towards all levels of South Vietnamese government than did citizens in the Army region. Pre-period VC attacks, pre-characteristics, and soldier characteristics – including Armed Forces Qualifying Test scores – are all relatively balanced across the boundary, suggesting that the effects are driven by differences in military strategy and not by omitted factors.

Civility, trust, and community work better than violence. Fancy that.