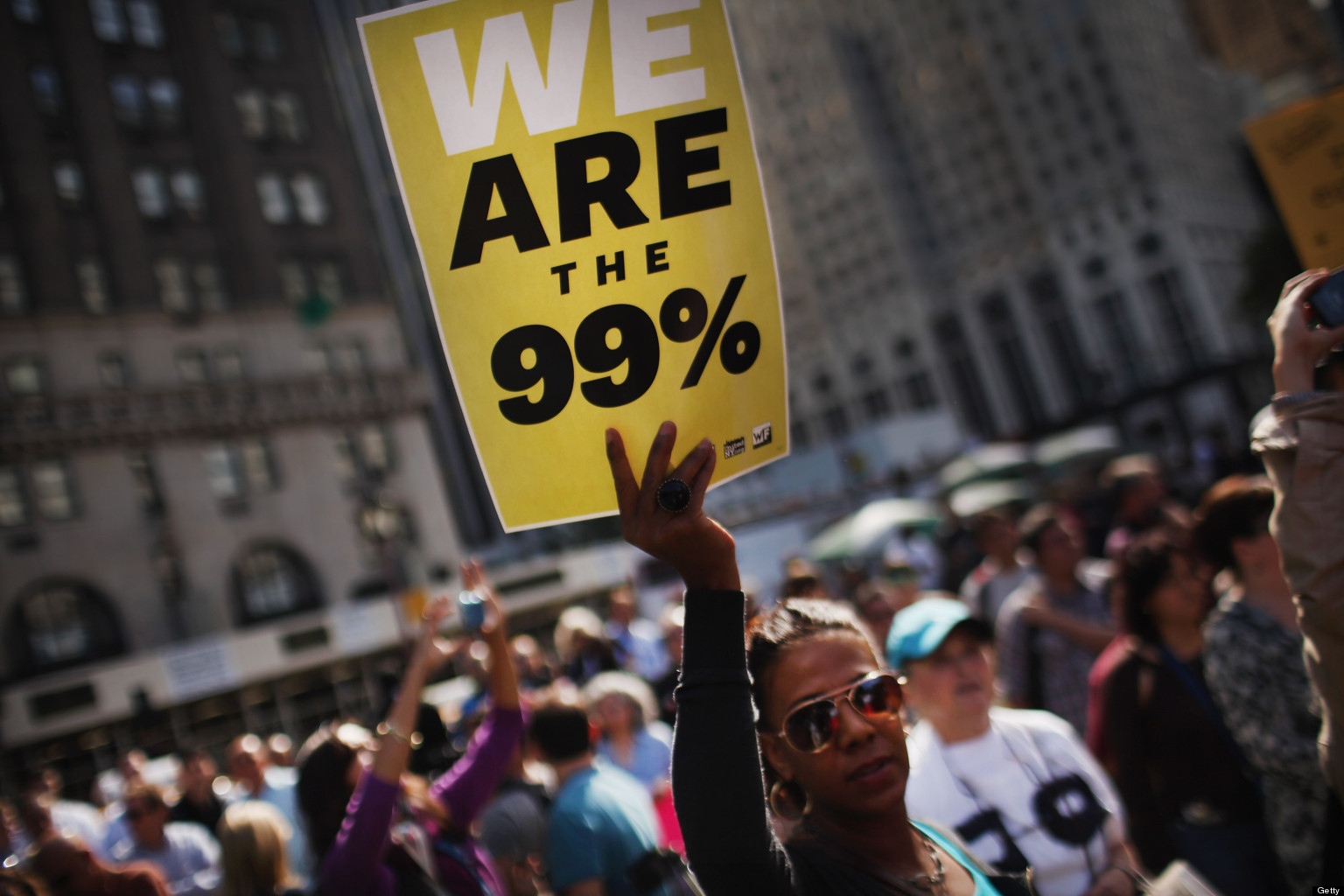 Technically, perhaps, but it’s difficult to feel bad for the top 10-15 percent.

“If you had only $2,220 to your name,” reports The Economist, “(adding together your bank deposits, financial investments and property holdings, and subtracting your debts) you might not think yourself terribly fortunate. But you would be wealthier than half the world’s population, according to this year’s Global Wealth Report by the Crédit Suisse Research Institute. If you had $71,560 or more, you would be in the top tenth. If you were lucky enough to own over $744,400 you could count yourself a member of the global 1% that voters everywhere are rebelling against.”

It turns out that 89% of the world’s assets are owned by the wealthiest top 10 percent:

That lucky tenth now includes over 44m Chinese, about 4.4% of the country’s adult population. A far greater number (almost half of China’s adults) cluster in the next three deciles down. Closer to the bottom of the pyramid, there is a similar bulge of Indians in the second and third deciles (with wealth between $30 and $603). Below them, the bottom tenth is a peculiar mix. It is populated by poor countries, where many people have nothing, and rich ones, where people can own very much less than that. It includes a surprising number of Americans (over 21m), whose debts outweigh their assets. But most Americans are much better off. Over 40% belong to the top tenth of the global wealth distribution (and over 18m belong to the global 1%). Some of those railing against the global elite probably do not know they belong to it.