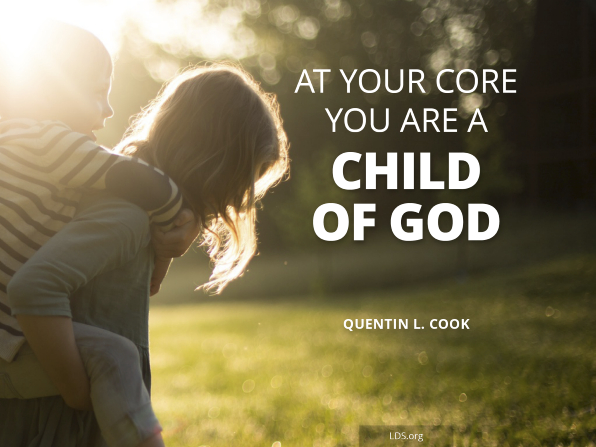 President (then Elder) Thomas S. Monson was the first speaker during the Friday afternoon session of the October 1975 General Conference, but we’ll never know what talk he planned to give because he threw it away:

In the balcony to my left I see a beautiful girl of perhaps ten years. Sweet little one, I do not know your name or whence you have come. This, however, I do know: the innocence of your smile and the tender expression of your eyes have persuaded me to place aside for a future time the message I had prepared for this occasion. Today, I am impressed to speak to you.

The story that followed was poignant and sad, but the thing I couldn’t help but noticing was the amount of humility implicit in how President Monson shared this story. He mentioned others being inspired—like President Benson, who sent him to Louisiana in response to a prompting—but he never talked about any inspiration of his own.

In contrast, he described himself making the wrong decision and then being corrected by the Lord. When considering whether or not he would make the trip to visit a sick little girl, he reports that:

I examined the schedule of meetings for that evening and the next morning—even my return flight. There simply was no available time. An alternative suggestion came to mind. Could we not remember the little one in our public prayers at conference? Surely the Lord would understand. On this basis, we proceeded with the scheduled meetings.

But this was not the right decision. As he prepared to start his meeting:

I was sorting my notes, preparing to step to the pulpit, when I heard a voice speak to my spirit. The message was brief, the words familiar: “Suffer the little children to come unto me, and forbid them not: for of such is the kingdom of God.” (Mark 10:14.) My notes became a blur. My thoughts turned to a tiny girl in need of a blessing. The decision was made. The meeting schedule was altered. After all, people are more important than meetings. I turned to Bishop James Serra and asked that he leave the meeting and advise the [family].

And so he travelled to the bedside of a dying girl and, there he found holiness.

I have been in hallowed places—even holy houses—but never have I felt more strongly the presence of the Lord than in [her] home.

He gave her a blessing, but he does not record what that blessing contained. Only that, four days following, the little girl passed away. Some might ask why—if an apostle was guided to Louisiana and then specifically to the home of this sick girl—she could not be spared. That is an issue I will not tackle today.

Instead, I simply want to observe that President Monson’s story itself has a childlike quality of love, trust, and humility. His story was not only about a child and delivered to a child, but exemplified how we can be like children ourselves.

5 thoughts on “The Humility of an Apostle”