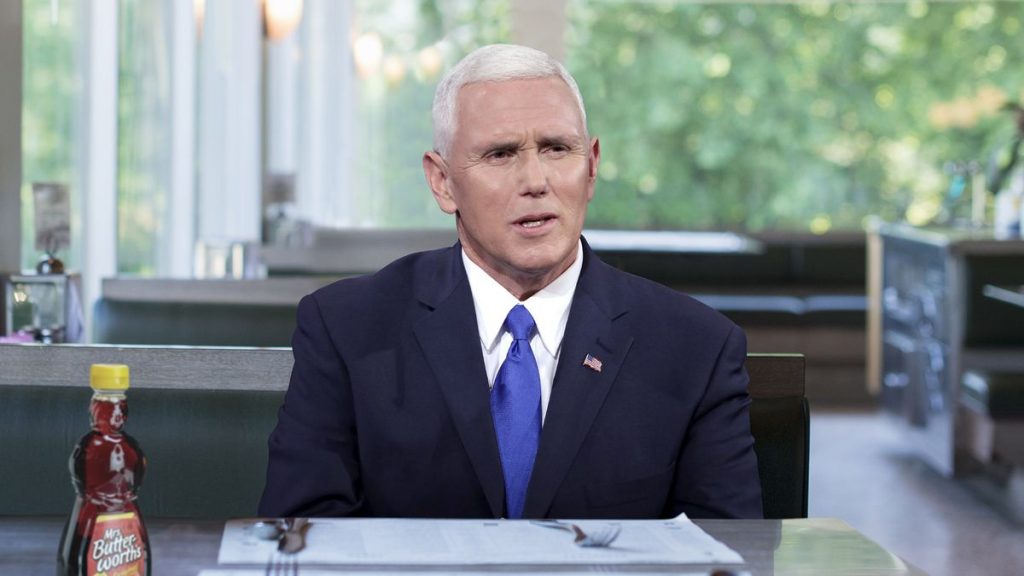 Let me start out at the outset by saying that The Onion’s spoof of the WaPo’s revelation1 that Mike Pence “never eats alone with a woman other than his wife and that he won’t attend events featuring alcohol without her by his side, either” is hilarious: Mike Pence Asks Waiter To Remove Mrs. Butterworth From Table Until Wife Arrives.

Let me add, as a second point, that the issue of unequal treatment of women is very much alive today, and affects many women, especially those working in male-dominated sectors like engineering and computer science. We’ll come back to that at the end.2

The mini-debate that has been ongoing on about Pence’s policy has been quite interesting. At least one friend on Facebook compared it to The Great Dress Debacle of 2015: conservatives found Pence’s stance perfectly normal while liberals were split between ridiculing him and accusing him of practicing Sharia. Lest you think I’m joking, here’s one example cadged from The Federalist:

Sincere question. How is this different from extreme repressive interpretations of Islam ("Sharia Law!") mocked by people like Mike Pence

So, here are a couple of thoughts.

First, some folks seem to be missing the primary point of a rule like this. It is not, as the mockers deride, because Mr. Pence’s self-control is so flimsy he is afraid that merely sitting next to a woman in a restaurant without supervision would place him in danger of fornicating right there on the spot.

This isn’t a minor confusion. It’s a fundamental misapprehension of an ancient worldview that Christians still adhere to. In religious language: we’re all weak, vulnerable, and prone to sin. In modern, secular language: we’re irrational and often behave in ways that counter our own best interests and/or confound the values and goals we think we have. Doesn’t matter if you call it “fallen nature” or “cognitive bias”, in this context we’re talking about the same thing.

So how does this play out? The most common way that Christians (or other social conservatives) might try to explain a rule like Pence’s goes something like this: Anyone who goes on a diet will start by throwing out all the tempting food in their house.

The problem is that this analogy is very easy to misunderstand. One interpretation–the wrong one–is that cheating on your wife is the same kind of momentary lapse as cheating on your diet. It’s as though absent-mindedly chomping down on a Krispy Kreme you forgot to throw out is equivalent to absent-mindedly wandering into a hotel room with a woman you’re not married too. Lots of folks get as far as this (silly) interpretation and stop there.

The actual interpretation of the metaphor is quite different. It is saying that good behavior is not just about making the right decisions in the moment. It’s about manipulating your environment to make it conducive to the kind of behavior that you want in your life. Social conservatives understand that because we’re irrational creatures with amazing abilities to rationalize our ways into following short-term desires part of being virtuous isn’t just saying no to temptation in the moment, but avoiding it altogether.

Pence’s rule doesn’t draw the line at the moment when he’s tempted to be sexually unfaithful to his wife. It draws the line much, much earlier and so prevents the first seeds of infidelity from ever having a chance to take root in the first place.

I don’t follow Pence’s rule. I think it’s overkill. I’m not interested in trying to convince anyone that his particular rule should be some kind of universal standard for everyone. But I don’t think it’s ridiculous or absurd either. After all–in addition to the concerns about compromising marital fidelity out of an initially innocent friendship–there’s also legitimate concerns about being taken advantage of. Politicians are powerful and that also makes them vulnerable. Just ask the KGB (the FSB, these days) which has employed agents to try and seduce traveling politicians and officials for decades and decades in order to blackmail their targets into betraying state secrets. This is, by the way, one of the reasons that the CIA, FBI, and many other agencies are fond of hiring Mormons.3 Not only are we extremely family-focused (I know lots of Mormons who follow Pence’s rules), but we also don’t drink. Taken together, this means observant Mormons are less likely to be compromised in this way than the average population.

In the wake of the Republicans failing to pass the AHCA, there was a nauseating avalanche of cutesy Facebook posts from liberal fans of Hamilton. Here’s one:

The funny thing is, if Alexander Hamilton had followed a rule like Mike Pence’s, he could have avoided his part in America’s first political sex-scandal, saved his family a lot of agony, and spared Lin-Manuel Miranda a song or two.4

And that brings me to my second point. Just as liberals are happy to take very selective lessons from Hamilton, there’s an awful weird dichotomy in a town where liberals practice all kinds of non-judgmentalism for open marriages but are more than happy to ridicule and deride someone for trying to keep their marriage closed. That’s the point Jonah Goldberg made at the National Review:

Last summer, when Bill Clinton spoke about his wife at the Democratic convention (“In the spring of 1971, I met a girl . . . ”), liberals gushed at the “love story,” and the rule of the day was that marriage is complicated and the Clintons’ ability to stay married (though practically separated) was admirable. Besides, “Who are we to judge?” — no doubt Bill Clinton’s favorite maxim.

It’s a very strange place we’ve found ourselves in when elites say we have no right to judge adultery, but we have every right to judge couples who take steps to avoid it.5

He’s not wrong, you know.

I do think there are some legitimate concerns. The most important being that if you’re, say, a business executive who follows these rules, does it mean that you’re creating an environment where you give preferential treatment to men? If a young, up-and-coming male executive could ask you out to lunch to seek your advice, but a young, up-and-coming female executive cannot, then we do have a legitimate problem. It’s also possible to simply take this stance too far. I don’t recall conservatives having a problem with forcing Muslim boys to shake hands with their (female) teachers in Switzerland, for example.6

So I’m not saying that it’s impossible to have questions and concerns about a position like Pence’s. But the degree of hostility and deliberate (or at least, lazy) misunderstanding of the rules that the Pences have agreed on for their own marriage are at least as concerning as the rules themselves.