It’s hard to find a good reason to wag your finger disapprovingly at Elon Musk’s idealistic crusade to take us in to outer space, but wherever a talented individual is working hard to make the world a materially better place you will find a contrarian academic with an axe to grind and rhetorical snake oil to peddle. After all, that’s really the inevitable consequence of the ideological homogenization of American academia.1 In a world where professors have substantially divergent views, there’s room for substantive arguments. But in a world where professors are all cut from the same ideological mold, the drive to differentiate oneself from the herd leads to increasingly bizarre and extreme signalling. Novelty supplants ingenuity, provocation supplants integrity, and the next thing you know space travel is racist.

That, essentially, is the point of Andrew Russell’s piece at Aeon: Whitey on Mars.2 The motivating question can be summarized this way: why throw away money on science that’s of no benefit to anyone while we’ve got real problems to solve down here on Earth?

Like much that passes for serious conversation today, the question is sheer Bulverism. Russell isn’t sincere. He doesn’t want to talk about the relative trade offs of money spent on space exploration vs. money spent fighting poverty. Nope, that would be much too old-fashioned. In the 21st century, we never make the argument we say we’re making. We just assume conclusions and skip straight to psycho-analyzing, the better to virtue-signal. Here, I’ll let C. S. Lewis explain:

You must show that a man is wrong before you start explaining why he is wrong. The modern method is to assume without discussion that he is wrong and then distract his attention from this (the only real issue) by busily explaining how he became so silly.

In the course of the last fifteen years I have found this vice so common that I have had to invent a name for it. I call it “Bulverism”. Some day I am going to write the biography of its imaginary inventor, Ezekiel Bulver, whose destiny was determined at the age of five when he heard his mother say to his father — who had been maintaining that two sides of a triangle were together greater than a third — “Oh you say that because you are a man.” “At that moment”, E. Bulver assures us, “there flashed across my opening mind the great truth that refutation is no necessary part of argument. Assume that your opponent is wrong, and explain his error, and the world will be at your feet. Attempt to prove that he is wrong or (worse still) try to find out whether he is wrong or right, and the national dynamism of our age will thrust you to the wall.” That is how Bulver became one of the makers of the Twentieth Century.

I know Russell isn’t interested in an argument on the actual merits, but I’m going to pretend that he is. Why? Because I don’t really know of any other way to respond to Bulverism, for one thing. And because the subject is actually pretty interesting, for the second. So: why should we seriously consider spending a lot of money on space travel while things are so desperately out of whack down here on Earth? I present two arguments.

The first begins with a video game analogy. Most modern multiplayer games come int two flavors: PvE and PvP. The first stands for “Player vs Environment” and the second for “Player vs. Player.” In PvP game modes, the primary action comes from players trying to kill each other. Of course, cooperation is possible. In fact, cooperation is often essential in these games. This is an age-old truth of human biology: we cooperate in order to become better at competition. As the old proverb goes: “Me against my brother, me and my brother against my cousin, me and my cousin against the stranger.”

In the alternative PvE mode, combat between human players is impossible. Cooperation is still usually required, because the the environment becomes the enemy. Players have to work together to overcome computer-controlled bad guys (in the most common arrangement) or other constraints and challenges.

My contention is that the PvE and PvP paradigms are the only two major paradigms through which human beings can confront the universe. We define ourselves in contrast to something else. In the short run, at least, that much is inevitable. Waiting around for an age of enlightenment when conflict and oppositions disappear is–at best–a kind of foolish utopianism. If you want to deal with humanity as it exists today you have to accept that these are basically you’re only oppositions. It’s either us-vs-them (PvP) or us-vs-it (PvE) where “it” is the challenge, danger, risk, and opportunity of hazardous exploration.

I do not believe that a robust space program that captivated the popular imagination would in a single stroke obviate all the political tensions dividing Americans let alone the older and deeper ethnic and national hatreds separating so many people around the globe. But I do believe there is nothing wrong with moving a little bit along the spectrum away from PvP and towards PvE. More than that, I believe it would help–in a small but meaningful way–to give Americans and humans something to root for, some opposition entity that enabled an us without relying on an otherized them. I can think of no program more amenable to this goal than a program of exploration and really our only choices in this regard are space or the ocean. Since space is both more romantic (for most people) and less hazardous to our own ecosystem, the choice seems clear.

So let’s get to the second major reason that space exploration is a worthwhile investment: survival. The reality is that as long as the human race lives exclusively on Earth, we’re literally keeping all our eggs in one basket. This is a recipe for extinction. The most likely source of this extinction will be from asteroid impact. Small rocks routinely impact the Earth, most frequently burning up in orbit and doing no harm. Here’s a map of small asteroids (1-20 meters in diameter) hitting the Earth between 1993 and 2014.

These little rocks are no threat, but they illustrate that asteroids hitting the Earth are not some kind of rare event. It’s very, very common. The question is just: when are we going to get hit with a really big one? By studying impact craters on the Moon, it’s possible to come up with some basic estimates, which Wikipedia summarizes:

Asteroids with a 1 km (0.62 mi) diameter strike Earth every 500,000 years on average. Large collisions – with 5 km (3 mi) objects – happen approximately once every twenty million years. The last known impact of an object of 10 km (6 mi) or more in diameter was at the Cretaceous–Paleogene extinction event 66 million years ago.

So, these are very rare events. But they are also–over a long enough period of time–inevitable. We’re a sitting duck, and one day another one of those really big space rocks is going to come hurtling our way. With no extra-terrestrial humans and no active defenses whatsoever, that would spell the end of human civilization and possibly the end of the human species. It probably won’t happen. Not in our lifetime, not in our nation’s lifetime, maybe not in our species’ lifetime. Then again, it might.

These are the two simplest reasons I believe we shouldn’t wait to turn Earth into an egalitarian utopia before we turn our eyes to the stars. There are a couple more that I will only skim over. One is that research into space exploration has already led to lots of benefits for life on Earth. Another is just the general problem with trying to solve the world’s problems in serial instead of parallel. This is a ludicrously bad model for tackling the problems we face for the simple reason that we couldn’t all coordinate on attacking just one problem at a time even if we wanted to, and even if we agreed on what problem that would be. It makes more sense for different people and institutions to work on the problems that they are–by temperament and opportunity–most able to address. In other words: we don’t have to pick either/or. It’s always going to be “yes, and…” Let’s embrace that.

Final thought: NASA’s budget has been slowly climbing towards $20billion for the last few year, but it’s relative share of the federal budget has fallen from about 1% in the early 19990s to 0.5% today. This is significantly down from the all-time high of 3-4% in the mid 1960s when the Space Race was at its height. Throwing a few more billion NASA’s way seems like a small investment in a critically endangered resource: social unity. Of course, the most striking thing about Russell’s article is that he’s attacking Elon Musk’s privately funded space exploration efforts. It’s very, very hard to understand how one man’s quest to bring a widely-shared human dream to reality and make the world a better, safe place for humanity could draw condemnation as racism, but these are the times we live in. 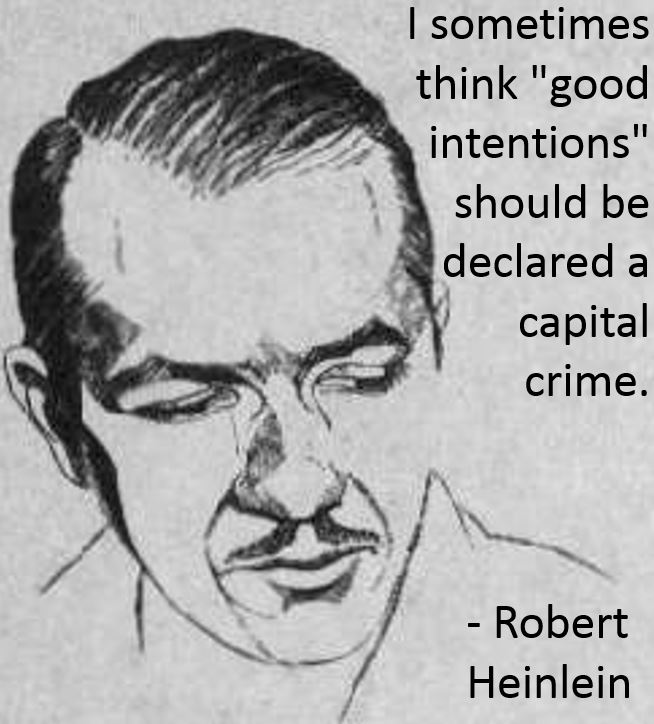