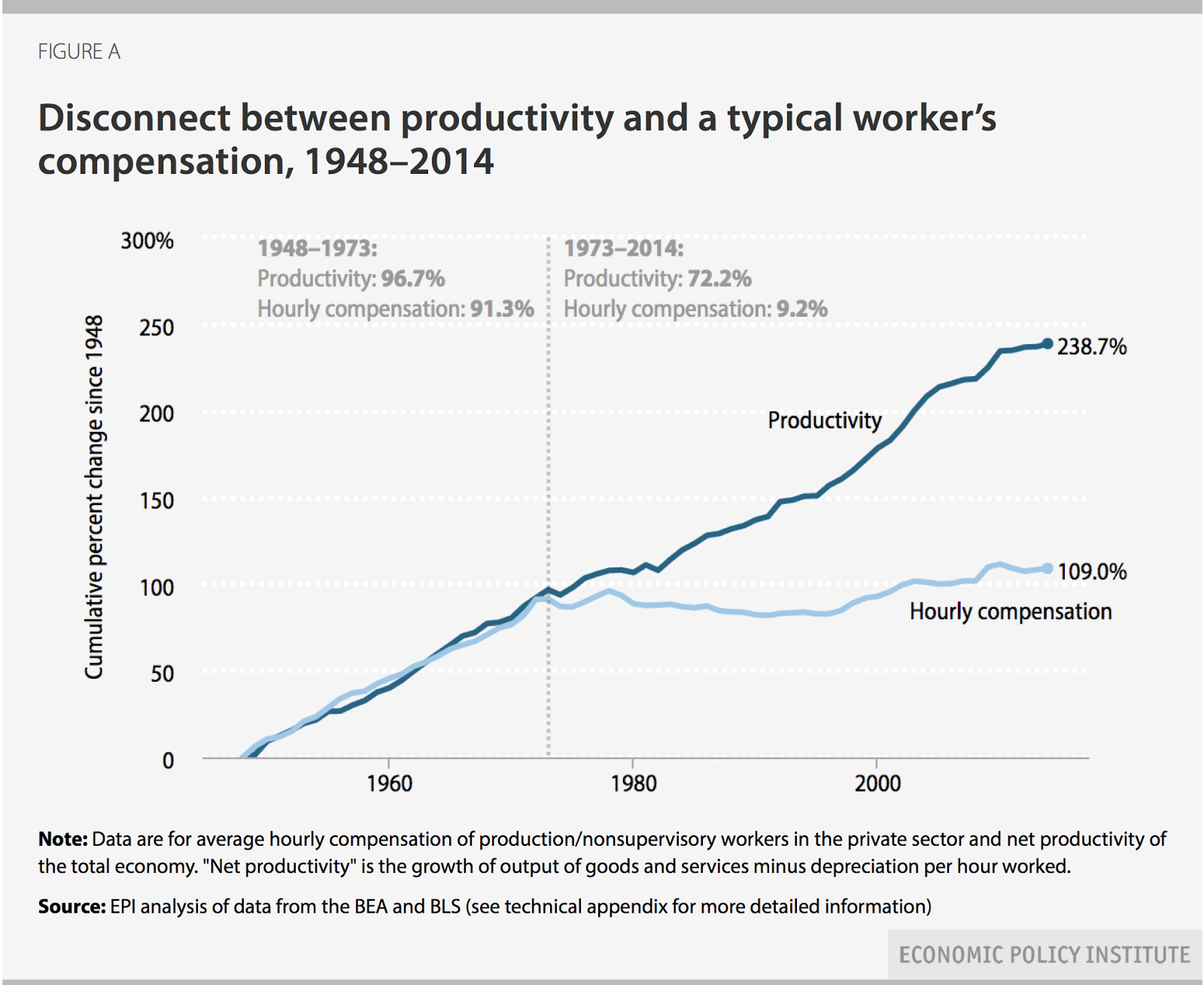 The above chart from the Economic Policy Institute has become a staple in the “wage stagnation” debate. I talked about it before a couple years ago, but I thought I’d revisit it since there have been a couple responses to the EPI since then. Scott Winship, formerly of Brookings and now at the Manhattan Institute, writes,

The Economic Policy Institute (EPI)…has created a widely cited chart indicating that productivity rose 72 percent during 1973–2014 while median hourly compensation rose by a measly 9 percent. The implication is that rising inequality and declining employer generosity mean that policies that promote economic growth will fail to lift middle-class living standards and that more redistribution is necessary to assist working families.

In arriving at this conclusion, EPI makes numerous faulty methodological decisions. It understates growth in median hourly compensation by using a deficient inflation adjustment and by undervaluing benefits other than health insurance. It overstates the divergence between productivity and median hourly compensation trends by using different inflation adjustments for each. It includes imputed rents in national income, which exerts a downward pull on labor’s share of income. It includes the self-employed in its analyses, for whom it makes little sense to distinguish between labor income and capital income. And it includes government and nonprofit workers, whose productivity is not well measured (pg. 4).

Winship instead finds the following: 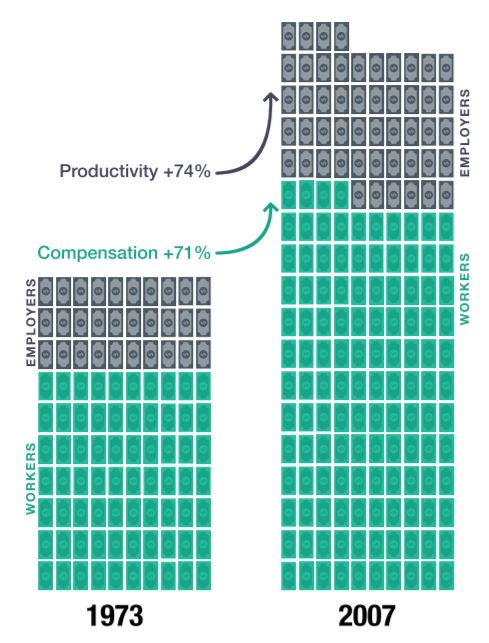 According to the Heritage Foundation’s James Sherk,1

Academic economists largely reject this analysis and the conclusion that salary no longer grows with productivity. Harvard professor Martin Feldstein, the former president of the National Bureau of Economic Research, concluded that the apparent divergence results from comparing the wrong data. Using the correct data, he finds that pay and productivity have both grown together. Staff at the Federal Reserve Bank of St. Louis found the same result.

Most economists who examine the issue conclude that firms pay workers according to the value they produce.

In my view, one of the most glaring errors of the EPI’s methodology is the following:

EPI compares compensation for production and non-supervisory employees—which covers about five-eighths of the total economy—to the productivity of all workers in the economy. Economic theory does not predict that the pay and productivity of different groups of employees will necessarily track each other, especially in the presence of barriers to mobility.

Even abstracting from analytical errors, EPI can claim no more than that pay and productivity have grown differently among different groups of workers. EPI’s data say nothing about whether workers’ pay has grown in step with their own productivity. 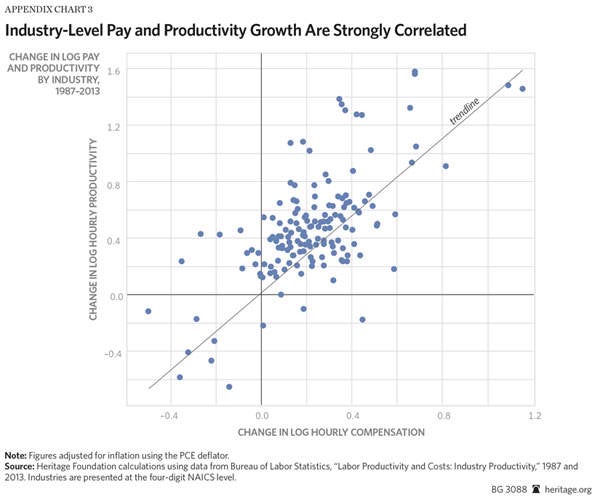 Check out the full analyses by both Winship and (especially) Sherk.