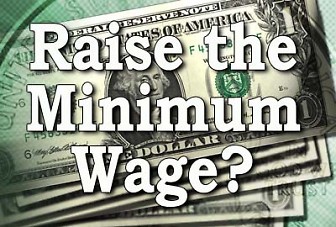 A brand new working paper looks at 2 million hourly wage workers from over 300 companies in order to determine the effects of minimum wage changes. As reported,

For the first time, a group of researchers at Washington University in St. Louis used a big-data approach to determine the effects of minimum-wage changes on business. Two professors and two doctoral candidates from the Olin Business School processed wage data on more than 2 million hourly workers from across the country over a six-year period. The results? There are winners and losers.

…“For an area experiencing fast growth, having a high minimum wage will be a bad deal for the new entrants as they might have a tougher time finding a job. On the other hand, if you’re in an area whose population is not growing very fast, then raising the minimum wage will definitely benefit your existing low-wage employees, and the number of new employees who are hurt will be a minimum. Optimal policy will also depend on the industry composition of the establishments in the local economy.”

This fits with previous research. It also fits comfortably into what the evidence shows worldwide.