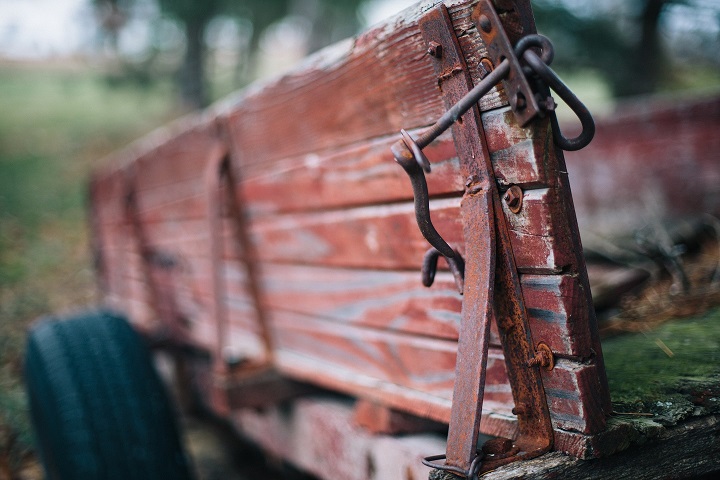 I sure love Howard W. Hunter. He was one of the most intellectual of the general authorities, and he talked about the issues of modernity with the directness and foresight. Of course I like Elder Maxwell—everybody liked Elder Maxwell—but my appreciation for President Hunter took me by surprise because the only reputation he had for me before then was as a bit of a disappointment: he was the first prophet to be ordained while I was old enough to be paying attention and I hoped he would be around for a long time, but instead his tenure was incredibly short.

In any case, his talk in the Sunday Morning session of the October 1977 General Conference is a pretty great example of why I like him so much. Here is the opening:

Henry Ward Beecher once said, “It is not well for a man to pray cream and live skim milk.” That was a century ago. There is now before us a danger that many may pray skim milk and live that not at all.

Our modern times seem to suggest that prayerful devotion and reverence for holiness is unreasonable or undesirable, or both. And yet, skeptical “modern” men have need for prayer. Perilous moments, great responsibility, deep anxiety, overwhelming grief—these challenges that shake us out of old complacencies and established routines will bring to the surface our native impulses. If we let them, they will humble us, soften us, and turn us to respectful prayer.

If prayer is only a spasmodic cry at the time of crisis, then it is utterly selfish, and we come to think of God as a repairman or a service agency to help us only in our emergencies. We should remember the Most High day and night—always—not only at times when all other assistance has failed and we desperately need help.

I highlighted quite a lot from this talk, but I’ll share just one other section of President Hunter’s words. He wrote that:

Prayer, reverence, worship, devotion, respect for the holy—these are basic exercises of our spirit and must be actively practiced in our lives or they will be lost.

In my life, viewing prayer (and the others) as something to practice has been incredibly beneficial. I read that ancient prophets prayed “mightily” and I thought about my own prayers and realized that there was really nothing “mighty” about them. So I stated practicing, approaching prayer with the same basic attitude as I approach long-distance running. It helped to have a plan, but more than that, it helped to view even my weak prayers as a part of a process of becoming better at praying.

Now I want to expand that to other areas of my life. Something I’m pretty bad at is getting spiritual sustenance out of a typical Sunday service. I like to be entertained. I like articulate lecturers with interesting ideas and novel ways of presenting those ideas. This is not what you’re gonna get out of a typical 15-minute talk prepared by a randomly-selected fellow congregant. And so, to be honest, I tend to read through Sacrament meeting.

I feel uneasy about that, and I should. The fact that I’m reading something spiritual—usually General Conference talks, over the last couple of years—doesn’t make it OK.

We tend to blame the speakers and Mormon culture for its general lack of emphasis on rhetorical ability and latent anti-intellectualism. I’m not going to tell you that those things aren’t real, or aren’t a problem. But I prefer to take responsibility whenever possible. If God wants me to worship with my fellow saints and be nourished by the experience (and He does), then He’s going to provide a way for me to make that happen.