Anyway, here’s my weekly post for Times And Seasons, in which I jump into the fracas over (former Power Ranger, current swimwear designer) Jessica Rey and her comments about bikinis, modesty, and empowerment. 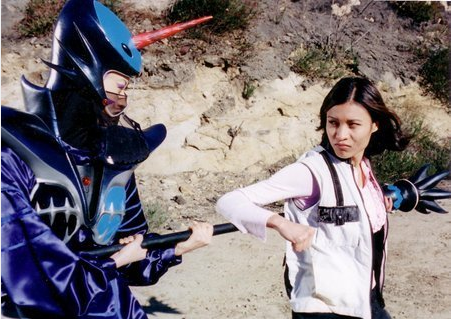 This one is definitely less heavy on the Mormon terminology and more universal in scope, although it does address more the concerns of religious (not necessarily Mormon) social liberals and social conservatives. I’m going to turn comments off on this thread, so feel free to weigh in over there if you’d like. 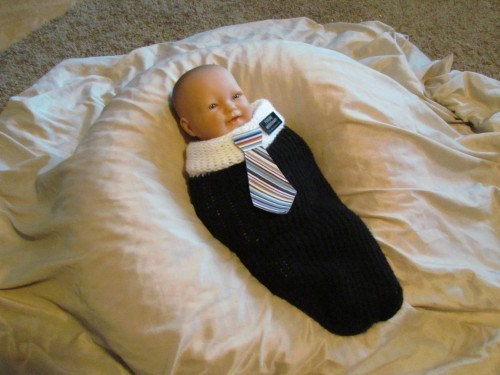 It seems I’m back on my Monday morning posting schedule at Times And Seasons. Today I posted about potential problems with Mormon expectations for missions and marriage conflicting with society’s emerging idea of prolonged adolescence. Mostly a Mormon-centric piece again (it is on T&S, after all) but I think margon (Mormon jargon) is relatively light.

Also: I talk about Twilight. So there’s that.

[This piece might make more sense to Mormons, but I think it should be of interest to anyone.]

Defining anti-Mormonism can be tricky, but here’s one pretty good indicator. When the denizens of the ex-Mormon subReddit are calling you out, you must have really crossed some lines. And yet, when it comes to the newly launched FutureMissionary.com, that’s exactly what’s going on: 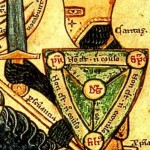 After a little bit of a break from posting at Times And Seasons over the past few weeks, I’m back in my usual Monday morning slot with a post about the futility of debating the Trinity between Mormons and mainline Christians. Check it out, if you are feeling theologically inclined. (There’s also a gratuitous Star Wars reference to help things along.) 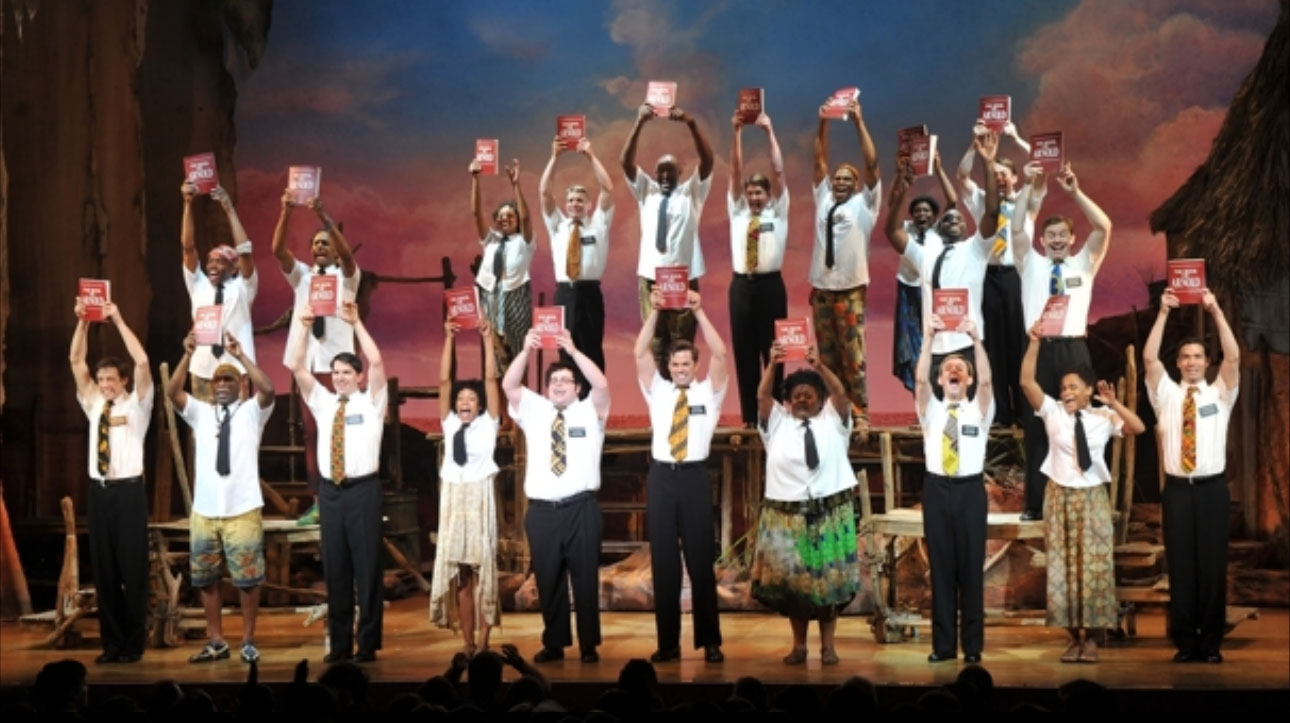 Betsy VanDenBerghe has an excellent piece on Real Clear Religion giving the real scoop on what Mormon missions are like. VanDenBergh explains that she’s mostly writing in response to the Book of Mormon Musical:

Pardon my complicating what’s proved an entertaining, laughable, lucrative stereotype, but a Mormon mission fundamentally consists of a whopping dose of reality, humility, and soul searching.

Citing movies (which I didn’t find compelling) and her own experiences (which I did, because they mirrored that of myself and my friends and family), VanDenBerghe proceeds to dismantle three major myths about Mormon missions:

I thought the piece was informative and accurate. I’m not going to say that everything about Mormon missions is perfect because I don’t believe that to be the case. Although some of the things that initially irritated me about missions came to make sense over the course of my own mission (served in Hungary between 2000 and 2002), there were definitely changes that I would have liked to have seen and–in fact–there have been important and constructive changes since I went home. I’m sure there are still many ways that the Church could improve, but in terms of just getting a good understanding of what missions are honestly like, this is a good piece to start with, especially if you’re not a Mormon but are interested in our religion and culture. 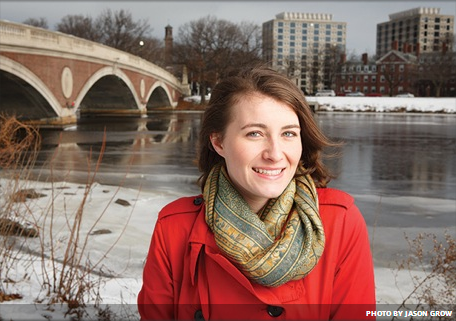 A simple, beautiful recounting of one young woman’s journey from atheism to Catholicism. I loved it.

I also thought how it might be a really great thing for someone to come to Christianity after a life of atheism rather than the other way around. So often the folks who are raised in the faith have a hard time coming to grasp the value of what has always been right in front of them. Does a fish really understand what water is? Because someone wandering through a desert absolutely will. 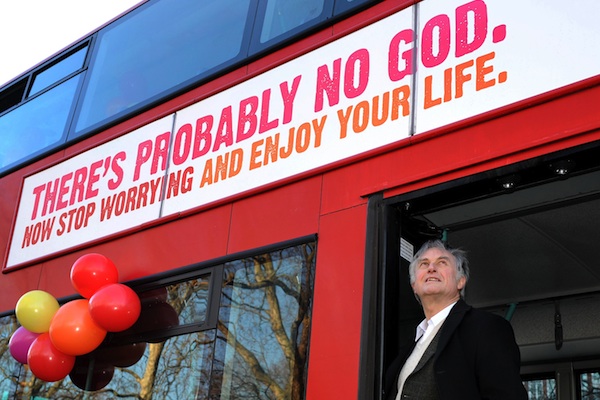 It might be a bit premature to declare victory, but this piece from The Spectator on the New New Athiests (or Newer Atheists) is still exciting. In it, Theo Hobson first provides a succinct and compelling explanation for the rise of the New Atheist after 9/11 and then sketches out their demise. In a nutshell: the New Atheism was a silly attempt to pretend that religions is neither compelling nor complex, and the moment is over because most people now realize that was a bit silly all long.

I expect it will take time (months, years) for this awareness to trickle down to the level of my Facebook experience, but I’m looking forward to not having to deal with immature arguments about how religion is the root of all evil and fundamentally irrational. Some diehards will never give up, of course, but I’ll be quite happy if it becomes not longer a legitimate topic of discussion, as it never should have been.

There’s been a great deal of research on the connection between religiosity and happiness, and the consensus finding is that religious people tend to be happier and to suffer less from anxiety, depression and stress. (Summary via Wikpedia.) I don’t think this necessarily tells the whole story. A study by the Council for Secular Humanism argued, essentially, that if you looked at “resolute atheists” (instead of merely non-religious people) that finding disappears. That seems reasonable, and in my mind the simplest explanation is that people with extreme beliefs are happier because they experience less cognitive dissonance.

But every now and then you’ll find some particularly militant atheist who simply cannot abide the scientific evidence connecting religiosity and happiness. The most recent such eruption occurred on AlterNet a couple of days ago. The basic thesis is this: states with high religiosity have higher anti-depressant use, ergo religion makes people sad. This isn’t a new theory, it goes back to at least the 1990s when Cherrill Crosby wrote an article for the Salt Lake Tribune called “The Ups and Downs of Prozac” in which she implicated Mormonism for making Utah women unhappy. Unfortunately for the decades-old thesis, the doctors that Crosby interviewed wrote a rebuttal stating, in part, that Crosby had decided to:

ignore one of my most important observations: the fact that Prozac is widely used in Utah may be evidence that [psychiatric] treatment in Utah is superior to other parts of the United States which might benefit from increased prescriptions of antidepressants. Epidemiologic studies clearly show that depression is markedly under-diagnosed and under-treated in the United States. How different the article would have been had the author used this point as her underlying assumption!

So, to recap, militant atheists for the last 20 years have chosen to ignore solid, direct evidence that religiosity makes people happier. Instead, they prefer to rely rely on shaky, indirect evidence and unreasonable assumptions to believe the opposite. So much for science, eh?

If there’s one thing that human beings are good at it, it’s finding a narrative to fit the data that protects their preconceptions. It’s not surprising that religious people do this (after all: isn’t religion just one big story to shield us from our fear of mortality?) but it’s a bit richer in irony to the see the scientific skeptics engaging so brazenly in the same sort of inventions.

(The story about the Salt Lake Tribune and the rebuttal quotes come from the article “Religiosity and Life Satisfaction among LDS Women“.)

My guest stint at Times And Seasons went well enough that they decided to let me join as a permablogger, for which I am both grateful and excited. This coming Monday, I’m going to start posting weekly with the first in a series I’m planning about modern secularism and Mormonism. But I’ve got some general comments about the claims of modern secularists that I want to get to right now.

1. Atheism and Christianity: Not Apples to Apples

Any debate between a modern secularist (i.e. New Atheist or New Skeptic) and someone of religious faith starts with a tactical advantage for the atheist because atheism, as a category, has no history, no text, and no dogma. There’s virtually no content and therefore nothing to defend. The representative of religion, by contrast, is expected to answer for the history, text, and dogma not of theism (which, like atheism, is a mere category), but of Christianity (or other religions), which is a particular instance of theism. 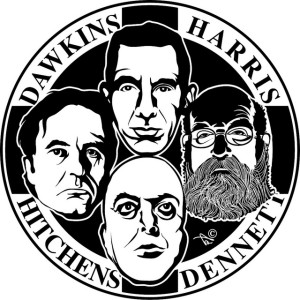 A fair debate would either pair generic atheism with generic theism, or it would pit a specific instance of atheism against a specific instance of theism. It’s not as though there are no organized instantiations that fall under the broad umbrella of atheism, after all. Maoism would be one particularly unpalatable example, since it clearly embraced atheist belief in the non-existence of God and drew the conclusion atheists often draw which is that religion is irrational and dangerous. As a result, Mao bloodily repressed religion during the Cultural Revolution. Am I suggesting that atheism ought to be held responsible for the actions of every instantiation of atheism? Absolutely not, nor am I suggesting that Maoism is typical of atheism any more than radical Islamic terrorists are representative of religion (or even of Islam). I’m just illustrating how much of a tactical advantage it is to only have to defend a generic abstraction.

The reality is that the New Atheists actually do make specific, concrete claims that deserve scrutiny and require defense. In particular, the New Atheism entails myopicy materialism, radical reductionism, and extreme empiricism. Each of these is a contentious philosophical proposition, and none of them can be defended by pointing to scientific, quantitative experimentation. Nope, it’s experimentation itself that actually requires philosophical defense.

It’s not that modern secularists are deliberately avoiding these tough questions, of course. It’s more a matter of the fish not knowing what “wet” is. Scientism is so ascendant in particular regions of Western civilization that folks aren’t even aware that they have a specific paradigm, and much less that it might have feet of clay.

My friend Kelsey Hazard founded a pro-life group to help diversify the largely religious tenor of the movement called Secular Pro-Life.  I think it’s a great new voice to add diversity to the pro-life cause.

A couple of days ago she was interviewed along with Erin Matson (representing the pro-choice side) by WBEZ Chicago Public Radio. Check out a recording, and read Kelsey’s thoughts on the interview.