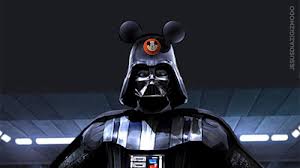 It’s understandable that Star Wars fans would be energetic after the Disney purchase of LucasFilmsn and subsequent announcement that Disney intends to do to the Star Wars franchise what they are doing for Marvel: milk it for all its worth with a series of major films (Avengers / new trilogy) and stand-alone films (Iron Man or Thor / Han Solo or Yoda). Given how well this has worked for Marvel, Disney, and comic fans so far, it’s no wonder everyone is excited.

But things are getting seriously out of hand.

Not long ago, the White House issued an official reponse to the official petition to build a Death Star (“The Administration does not support blowing up planets.”) and then raised to 100,000 signatures the threshold to trigger an official response (so the Death Star petition, with only 34,435, wouldn’t have required a response). Naturally, the Galactic Empire responded to the White House’s announcement:

Representatives on behalf of the nation-state leader from the unimaginatively named planet refused to acknowledge the obvious cowardice of their choice, preferring instead to attribute the decision to fiscal responsibility.

It did not end there, however. 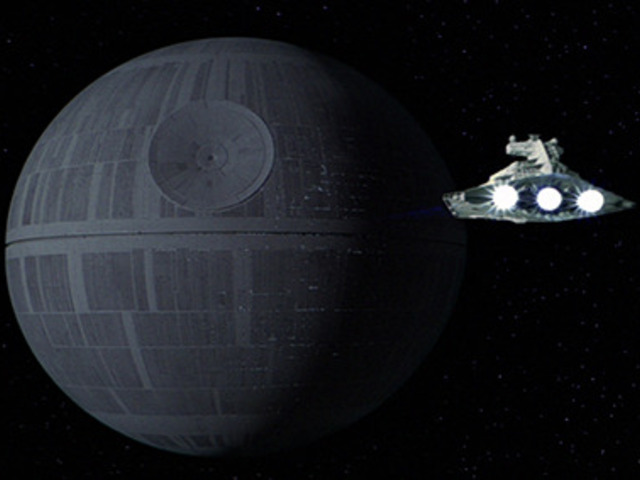 Next thing you know, there’s a Kickstarter project with a goal of £20,000,000 to create an open-source Death Star. (Why would it be open source?) So far, £254,438 have been pledged. That’s real money, folks, although given the size of the goal it’s unlikely that anyone will actually have to cough up the dough.  Technically, the initial goal is only to draw up detailed plans and invest in “enough chicken wire to protect reactor exhaust ports.” The stretch goal, to actually build the Death Star, is £543,000,000,000,000,000. (That’s “quadrillions”, in case you were curious.)

Not to take this lying down, the Rebels have now responded with their own Kickstarter. Naturally, they are raising money to build X-wing fighters. (I guess they didn’t get the memo about the chicken wire for the exhuast ports.) So far they have only a fraction of the backers (300 vs 1,700) but they are doing better on the money front. They’ve raised about $300,000 (note: dollars, not pounds) so they’re still behind but they are much closer than they should be based just on number of backers. The Force is strong with them, apparently.  Their initial goal is $11,000,000 (the cost of the first Star Wars movie, not accounting for inflation), but stretch goals include an entire squadron of X-Wings ($4,485,672,683), “a Class YT-1300 Freighter (heavily modified) and a crew consisting of a Corellian smuggler and a Wookiee co-pilot” (13 million standard Galactic Credits), and Y-wing bombers ($23,000,000). The stretch goals aren’t in any sensible order, but at least it does make (some) sense for the Rebels to be open-sourcing their plans. 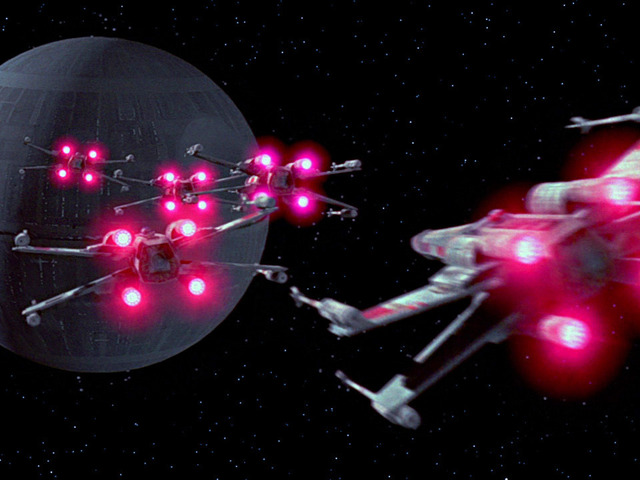 All of this is both hilarious and awesome.

But also a teensy bit creepy. I envision our civilization collapsing, a new civilization arising, and digital archeologists reconstructing some of the Web and wondering “Were all these people completely insane?” I often wonder about Greek mythology too, and think that rather than being particularly naive and gullible, the Ancient Greeks were just having some serious meta-humor that we’re totally missing out on.

In any case, I don’t plan on contributing to either Kickstarter. Why? With a month and a half left for each one, I’m kind of afraid they might actually hit their goals…

2 thoughts on “SW Fans Out of Control: Kickstarting Death Star and X-Wings”