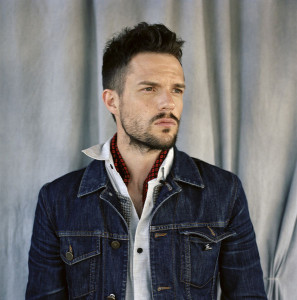 It turns out that the song actually has a concrete meaning, however. It’s “the victorious story of Flowers’ dad forswearing – overnight – alcoholism and Catholicism to become a Mormon when Brandon was five” (Guardian). They lyrics, which are beautiful but far from clear, are even more powerful for me in that context.

I think the degree to which Mormons care about which other famous people are also Mormon is probably a bit strange for a lot of people. (Cleary it’s not just Mormons who do this, however!) There’s no theological reason for it, and so it shows that Mormonism is a little bit more than a religion. Or maybe not “more”, but something else besides. It’s not an ethnicity, obviously, but it’s like a culture or a people. I think it’s part of our identity in a way that is stronger than for most religious denominations. In any case, it’s an exciting time to be a Mormon because we’ve actually got some cool Mormons out there reppin’ the faith, as it were. In addition to Brandon Flower, Neon Trees is all-Mormon, and Imagine Dragons has two Mormons.

Possibly because The Killers are alerady mega-famous, Brandon has been unusually outspoken about his faith. I remember him being much more cagey about his faith years ago, but now he’s appearing in videos for the Church’s “I’m a Mormon” campaign:

Even though his fame might make him secure enough to not care, I still respect what he’s doing. I mean, it’s not like announcing you’re a Mormon is going to make you any friends in the circles he travels in. Here he is trying to promote his band’s new album on a Norwegian talk show when they have not one but two guests go after his faith. Including surprise guest Richard Dawkins, who comes out swinging.  Despite the onslaught, Brandon refuses to back down in the face of obnoxiousness or be equally obnoxious, and that’s really impressive. Well played, Mr. Flowers.

I also really enjoyed hearing Tana Flowers, Brandon’s wife, share her side of the story in her interview for the Mormon Women Project. Their kids are named Ammon, Gunnar, and Henry. I’m loving all three varieties of Mormonism reflected in those names! 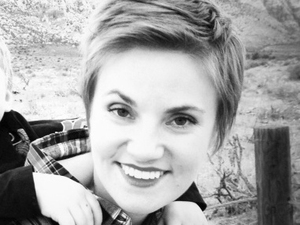 More than just being Mormon, the Flowers family sounds a lot like my kind of Mormon: holding on to their faith despite living in a secular world and having to figure out family arrangements that aren’t traditional by Utah Mormon standards. Mostly the figuring it out is what makese me feel like I can relate. I’d enjoy having them over for dinner even if I didn’t like The Killers at all.

Of course I do like the Killers, and so here’s another song. It’s the one they played at the end of that Norwegian talk show, but in case you didn’t watch that far, here it is again:

1 thought on “Friday Music: The Killers”