There’s a general assumption among most Americans that democracy is a good thing and that, as a general rule, more democracy is better. With the single exception that we ought to have a Bill of Rights to carve out protections so that the majority cannot persecute the minority, reforms like direct election of Senators (before the adoption of the Seventeenth Amendment in 1913, state legislatures elected national Senators), direct involvement via ballot initiatives, and even reform of the Electoral College to apportion votes equitably with respect to population all seem to strike most people as more or less common sensical. The same general attitude is applied internationally as well, which is why so many Americans were initially supportive of the Arab Spring revolutions that swept the Middle East.

I think this is all wrong. Democracy, in my mind, is overrated. And for clarity, “democracy” means to me “rule by the majority” or even just “rule by the people”. 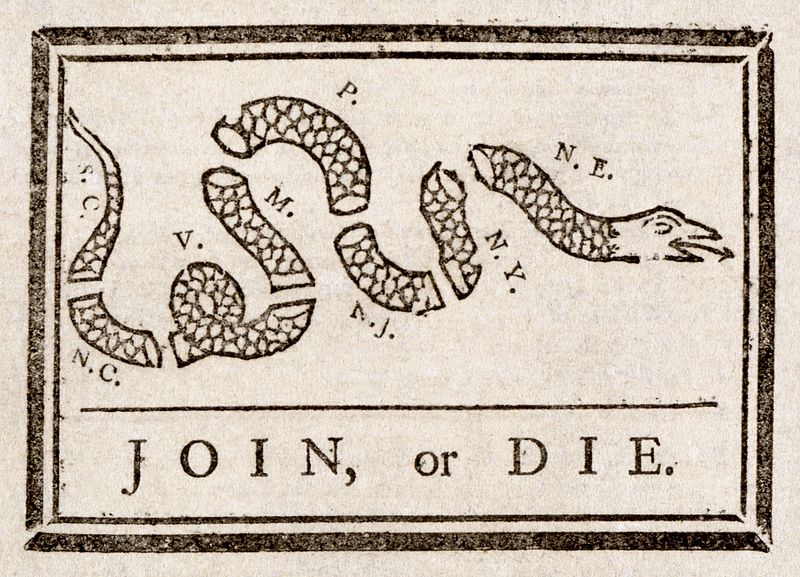 Let’s start at the beginning with the American Revolution. There’s a widespread urban legend that 1/3 of Americans supported the Revolution, 1/3 were neutral, and 1/3 opposed it. The problem with this view is that it’s not actually accurate. It stems from a letter by John Adams written in 1813 that was actually about American opinions of the French Revolution, although it has been mistakenly quoted by historians dating back to the early 1900’s. The best explanation I’ve found for this issue comes from the Journal of the American Revolution, which addressed the issue directly. According to that piece, no one really knows what the actual breakdown for support of the American Revolution was. In addition to the absence of statistical polling at the time, the issue is complicated by the fact that the American population was growing very rapidly. However (citing the Journal of the American Revolution again), historians like Robert Calhoon estimate that between 40% and 45% of the free population (so African American slaves are not included) or “at most no more than a bare majority” supported the Revolution. So the 1/3-1/3-1/3 quote is erroneous, but the idea that the Revolution was supported by a minority of Americans is reasonable.

This is a controversial claim. Another organization that weighed in on this issue is the Independent Institute, a conservative/libertarian think tank. William F. Marina wrote a piece for them denouncing the “minority myth” as a malicious lie to support elitism and citing “the obvious delight that these writers take, which is, indeed, a major reason they cite it, in the notion that it is a minority that often knows best.” Despite Marina’s foreceful defense of the view that the majority of Americans supported the Revolution, however, the Founders themselves seemed less clear about it. Writing to a friend in 1813, John Adams responded to his friend Thomas McKean’s assertion that the overwhelming majority of Americans had supported the Revolution, Adams demurred. He cited the strength of the Loyalist cause and then wrote (again, Journal of the American Revolution): “Upon the whole, if we allow two thirds of the people to have been with us in the revolution, is not the allowance ample?”

So we should take two things from this. The first is that we don’t really know if the majority of Americans supported the Revolution or not, and neither did (at least some of) the Founders. The second is that, to this day, that assertion is hotly contested. Why? Because of an idea that the American political system is founded on the “will of the people” and that–if the Founders did not follow the will of the people–they were “a pretty slippery and hypocritical bunch”, as Marina put it.

I have a different perspective. I think that there is an important distinction between (to use my own terminology) the consent of the governed and the intent of the governed. And I think that when most Americans envision “democracy” they are implicitly assuming that government ought to reflect the intent of the governed. For example, I think that most Americans believe that the purpose of elected representatives is basically practical. We can’t ask Americans for their opinion on every single law, and so we elect representatives, and their job is to go and act as a simple stand-in for their constituents. That is why we passed the 17th Amendment: so that Senators would directly represent their constituents, as opposed to having the state legislature exist as an intermediary. Based on this idea (the intent theory of representative government), not only do legislatures act as stand-ins for their constituents, but the rest of government (the executive and judicial branches) are also simply practical necessities. We have a President because, especially in times of crisis, we need a single person who can act decisively and unambiguously. We have a judicial system purely as a kind of expert legal consultant, although in recent years there has been increasingly a theory that even the Supreme Court ought to reflect the changing mores and attitudes of society. In short: the intent theory is the idea that the entire apparatus of the American political system is an elaborate attempt to enact the will of the American people. In this view, the government (and everyone who works there) is essentially a passive filter that processes the intent of Americans into official law and action.

I believe this is entirely wrong.

First of all, I don’t believe that was the intent of the Founders in creating the system. This is clear from both their actions before and during the Revolution and also from the system that they created. In terms of actions: they acted proactively without waiting for the will of the majority to be clear. John Adams’ letter reflects this. It’s obvious that the will of the people was crucial to their view of governmental legitimacy, but it didn’t serve as the source of government action. In simple terms, the Founders asked for permission from the American people, but didn’t wait for instructions. That’s fundamentally incompatible with the idea that the government merely enacts the intent of the American people. In terms of political structure: the design of the American political system laid down in the Constitution is incompatible with the idea that it is merely a passive filter. After all, the 17th Amendment wasn’t passed until the 20th century. The original intent of the Founders was to intentionally create a layer between national and state government, and have that layer remove the American people a step or two from the process. Since there’s no practical reason for that design decision (it wouldn’t have been significantly more difficult to have popular election for the Senate), it shows that the Founders deliberately chose a less-democratic political system.

Why? Because the Founders were not fools.

The most influential writer on this topic that I’ve read is the modern libertarian scholar Bryan Caplan who wrote The Myth of the Rational Voter. Caplan’s main point, in this book, was to document specific systematic biases common to American voters that lead to poor economic policies. But, along the way, he also pointed out that an important advantage of voter ignorance is that it leaves wiggle room for their representatives to make better decisions that would be unpopular if (biased) American voters knew exactly what was going.

But obviously the possibility for reliance on elites to be abused is incredibly dangerous. There has to be a counterweight to elitism, and that counterweight is the consent of the governed. Our political system is designed to allow representatives (hopefully representing our elite in the best sense of the word) a wide range of latitude in governance, but to make them ultimately accountable to the people. It is neither populist nor elitist, but a fusion of the two.

So what happens when the balance between populism and elitism is disrupted? Well, take a look at the increasing partisanship and dysfunction in Washington D.C. since the rise of the Internet to get an example. Knowledge is power, and power can be abused. The Internet is, fundamentally, a communication technology that allows for the wide and targeted distribution of information. How much easier is it for activist groups (like the NRA) to micromanage elected representatives and then pass that information directly to their self-selecting constituents who have this information in the absence of any meaningful context. We complain that there’s so little real compromise in Washington, but who can compromise when there are hundreds of single-issue and ideological groups who are literally scoring our legislators on every vote they take?

Again: when I make an argument that says “less informed voters would be better” that ought to send up some red flags. But viewing it as less / more informed isn’t helpful. It’s not just about the amount of information that voters have, but also the kind of information that voters have. I would absolutely love to have voters who are more informed about the nature of our government, what the various branches are responsible for, and so on. I think that a kind of basic citizenship test before voting is a good idea (but not an unproblematic one). But when voters get myopic rankings on hot-button issues without any context: that’s more like noise than information. Voters don’t actually know what votes their representatives cast. They don’t even understand the arcane and complex procedures by which the House and Senate operate. They don’t know when a vote represents a pure capitulation, and when it represents a give-and-take. All they know is that on Position X Candidate Y has a D- from their favorite activist organization. So we’ve got a bunch of elected representatives who have to game the system with their votes in order to stay in office.

And that’s thanks to democracy.

What’s the solution? Well, there’s no silver bullet, but I do believe the first step is a recognition of what the American political system is for. And I don’t think that the American political system was designed or intended to get representatives to either guess what Americans would want if they were asked or merely act out their reactions to poll questions. I think the American political system harnesses the concept of consent of the governed to create accountability by creating healthy incentives. In short, representatives (in the past) have had more incentive to get good outcomes then to react to the preferred ideologies of their constituents. But, since we’ve lost an appreciation for that distinction, we risk reforms that will actually make the problem better rather than worse. Banning single-interest groups or clamping down on their free speech is not, in my mind, a viable solution. Reforming the way we create districts (to restrict gerrymandering), reforming the way we vote (to eliminate strategic voting), and reforming the schedule for primaries (to decrease entrenched special interests) all are.

In short: you have to know how the machine is supposed to work before you can understand how to repair or improve it.

11 thoughts on “The Problem of Too Much Democracy”