There’s been a lot of reaction to an NYT piece from this past weekend called Some Mormons Search the Web and Find Doubt. The gist of the article is that a relatively high-ranking Mormon (Hans Mattsson) found out about Joseph Smith’s polygamy on the Internet and it shook his faith. The general idea is that the Church has a whitewashed view of history, but you can’t hide stuff in the Information Age, and so now people are learning all sorts of uncomfortable truths and it shakes their faith. First, because they didn’t know, but secondly and more importantly because they feel betrayed.

There’s absolutely some truth to the description, but there’s much more to it than simply “Mormons fear history”. My friend Ben Huff wrote an excellent response for Times And Seasons in which he outlined an overview of the context in which these problems have played out. Ben’s primary point is that the “whitewashed” view of the Church is coming from the Church’s standard teaching documents, which are documents that were designed to help the Church transition from a homogeneous culture located in the Mormon Corridor of the American West to an international religion full of converts who didn’t have family, social, or cultural roots in Mormonism. As such, the goal of these documents was not purely informational, but also to serve as an absolute bare minimum of shared information upon which to build the Mormon faith tradition.

Much of the problem seems to arise from the expectation that anything that’s worth knowing would be in those core teaching manuals, but that doesn’t seem like a very realistic expectation. These are the manuals that are supposed to be used in every congregation around the world and–as any document with such a general audience must be–they are stripped to the absolute bare essentials.

This is highlighted in another response to the NYT piece, this one from John Welch. Welch lays out the fact that–far from actively hiding things like Joseph Smiths’ polygamy or the fact that he used a seer stone in a hat to translate much of the Book of Mormon–these things are readily available in a wide variety of Church-sponsored publications such as BYU Studies Quarterly and the Encyclopedia of Mormonism.

In other words, the Church didn’t put ambiguous and admittedly dismaying historical facts front-and-center in the standardized lesson manual, but far from a conspiracy to hide the truth, these facts (and many more) were freely available to anyone who looked.

And that’s where the debate is really going to hinge, at least among the Mormon community. To what extent where members discouraged or encourage to actually go beyond the lesson manuals and do additional research? To what extent where the manuals presented as a bare minimum (which is how I’ve always thought of them, personally) and to what extent where they treated as sufficient and, indeed, the only really safe sources of information? In terms of the theology, I think the answer is crystal clear: Mormons are commanded to “seek ye out of the best books words of wisdom”, and it’s clear from context (and historical quotes) that “best books” here refers to works outside the scope of the Mormon canon (D&C 88:118). But whether or not this teaching was actually emphasized is another question altogether.

My position, which I apparently failed to clearly articulate in my most recent Times And Seasons post, is that members are always ultimately responsible for their own beliefs, their own knowledge, and their own obedience. Some have seen this as a defense of bad behavior from Mormon leaders, but I’m not trying to excuse anyone. I just think the issue of blame is largely irrelevant. I think it’s obvious that Mormonism’s recent history has had some unfortunate strains of anti-intellectualism and that leaders have not addressed some issues as well as they could have, but I just don’t really care that much. 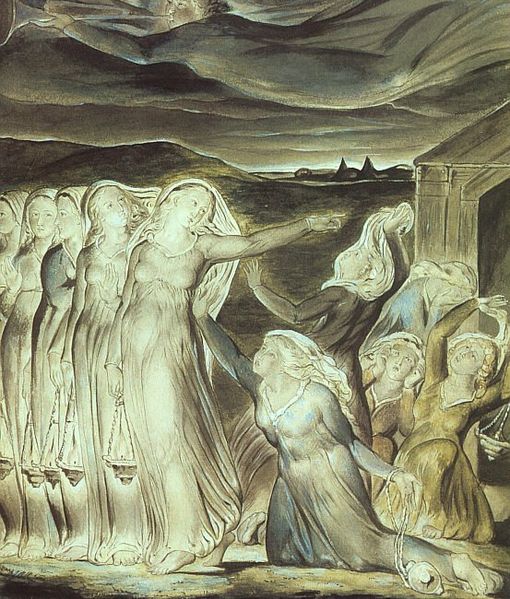 Rather than look backward, I would rather look forwards. The fundamental lesson I hope Mormons learn from this conversation is not “we need better manuals” (although it’s true that we do), but rather “we can’t depend on the Church to tell us everything we need to know”. That’s because, speaking practically, “the Church” is just plain old folk. It’s other people. At least, when we complain about how our leaders haven’t done their jobs, that’s what we’re saying. We’re saying that these other humans let us down. No kidding! People do that. Even the really nice ones. But the scriptures are perfectly clear on this account–see the Parable of the 10 Virgins–that in the end we must “work out [our] own salvation with fear and trembling”  . (Philippians 2:12).

What I’m saying is just this: all disciples of Christ are fundamentally responsible for their personal relationship with Jesus. Friends, family, and official Church leaders all can and should help, but–as human beings–sometimes they won’t. When they do, they perhaps deserve blame. But that’s not the important thing, because no matter how much they perfectly fulfill their roles or screw up in the end we shouldn’t be distracted from the real point, which is that discipleship is our job. No one else can take that from us.

6 thoughts on “Two Responses to NYT Piece on Mormon Doubt”