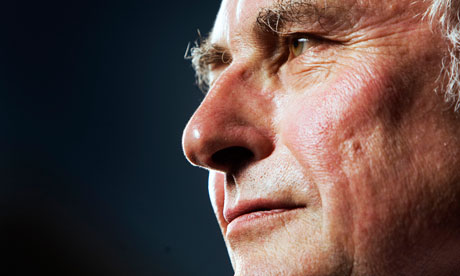 I couldn’t manage even a dozen pages of Dawkins insufferable smugness in The God Delusions, and his ghastly guerrilla interrogation of Brandon Flowers on a talk show is equally painful to watch, but I had assumed that, being a noted academic and so forth, he still had some handle on basic civility and common sense. Apparently not.

All the world’s Muslims have fewer Nobel Prizes than Trinity College, Cambridge. They did great things in the Middle Ages, though.

There’s his Tweet on Eid, the end of the Muslim holy month of Ramadan. Responding, Nesrine Malik makes two observations:

Her logic in point #1 is impeccable and as for her feelings in point #2: they are sadly, sadly familiar. Reminds me of trying to respond to counter-cult accusations about my own faith. It’s sad to see another example–and so prominent!–of this kind of lazy bigotry, but nice to take some solace in commiseration with someone else who gets it.