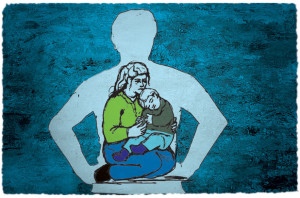 I’ve seen the claim that most states allow rapists custody rights to children they fathered through rape. In this context I wasn’t sure whether “rapists” meant men found guilty of rape or men accused of rape. Apparently it is the former. According to the recently introduced Rape Survivor Child Custody Act:

Currently only 6 States have statutes allowing rape survivors to petition for the termination of parental rights of the rapist based on clear and convincing evidence that the child was conceived through rape.

This CNN article discusses the estimated tens of thousands of pregnancies that result from rape each year in the US. The article claims about two thirds of these pregnancies are terminated, which still means thousands of rape victims choosing to carry to term each year.

These women should not have to fear being tethered to their attackers for the first 18 years of their children’s lives.Removing a rapist’s parental rights seems to be the obvious choice for women’s rights advocates, as well as people on both sides of the abortion debate; neither pro-lifers nor pro-choicers want women to feel coerced into getting abortions.