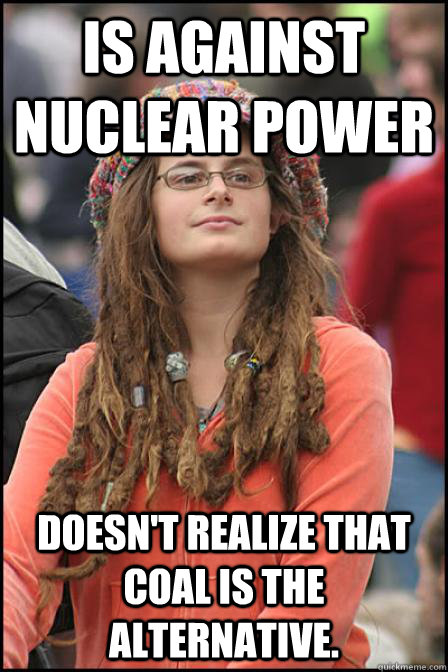 [V]irtually every major national environmental organization continues to reject nuclear energy, even after four leading climate scientists wrote them an open letter last fall, imploring them to embrace the technology as a key climate solution. Together with catastrophic rhetoric, the rejection of technologies like nuclear and natural gas by environmental groups is most likely feeding the perception among many that climate change is being exaggerated. After all, if climate change is a planetary emergency, why take nuclear and natural gas off the table?

While the urgency that motivates exaggerated claims is understandable, turning down the rhetoric and embracing solutions like nuclear energy will better serve efforts to slow global warming.

So concludes an excellent op-ed in The New York Times. I remember reading in The Economist a couple years ago that America’s CO2 emissions had decreased largely due to fracking and the shale gas boom. Yet, many environmentalists continue to object to both natural gas and nuclear power as solutions to climate change.

Just one more reason why I think a serious scientific issue has been hijacked by political agendas.