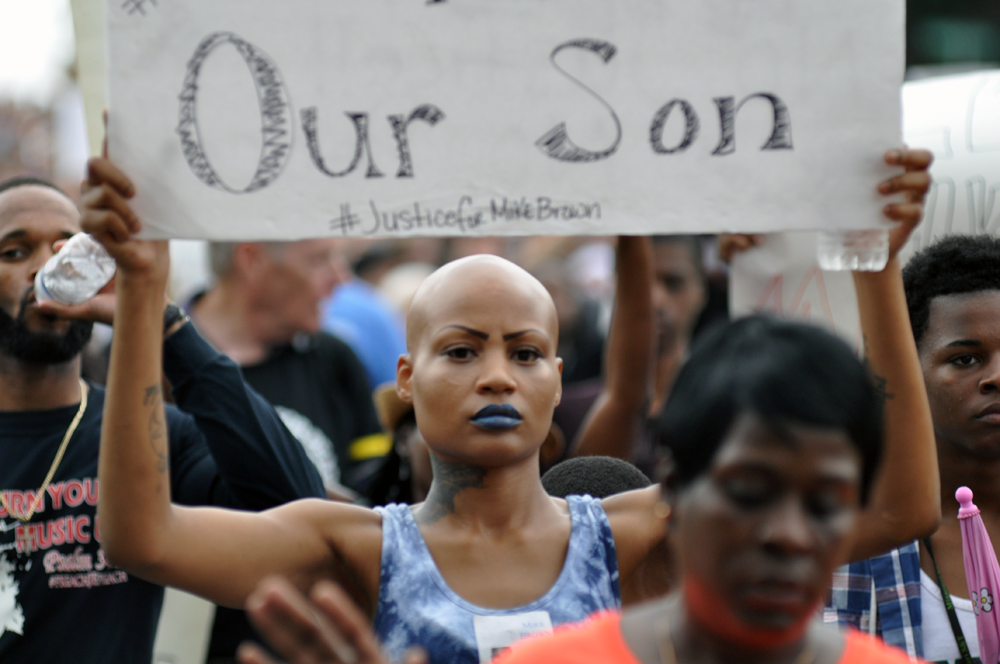 I wanted to share a couple more thoughts on this topic. First, I was listening to Rush Limbaugh today1 and he was arguing that the idea that white cops are killing black kids is a myth. To back up his claim, he asked what people were using as the most recent example of police brutality prior to Ferguson. He answered his question: Rodney King. Nothing of note relating to cops assaulting or killing black men had happened, according to Rush, since 1992.

I don’t think I’ve heard Rodney King’s name mentioned a single time, for one thing, and even I can think of multiple controversial shootings that are much more recent. OK, we’ll set Trayvon Martin aside on a technicality if you want (because George Zimmerman wasn’t a copy), but that still leaves (and these are just off the top of my head): the BART police killing of Oscar Grant (2009), the Danziger Bridge shooting (2005), and the shooting of Amadou Diallo (1999). All of those made national headlines, but the Root has a list of several more that weren’t as familiar to me (although they include security guards and tazers).

Meanwhile, on the other side of crazy, some of the critiques I’m reading from surprisingly legitimate sources are disturbing in their rush to judge everyone who hasn’t already made up their mind that Michael Brown was gunned down in cold blood. Case in point, this article featured at Quartz (which is operated by Atlantic Media Company, who run The Atlantic): 12 things white people can do now because Ferguson. In it, Janee Woods can’t figure out why white people aren’t spreading the word about the evil that was done in Ferguson, writing:

But an unarmed black teenager minding his own business walking down the street in broad daylight gets harassed and murdered by a white police officer and those same people seem to have nothing urgent to say about pervasive, systemic, deadly racism in America? 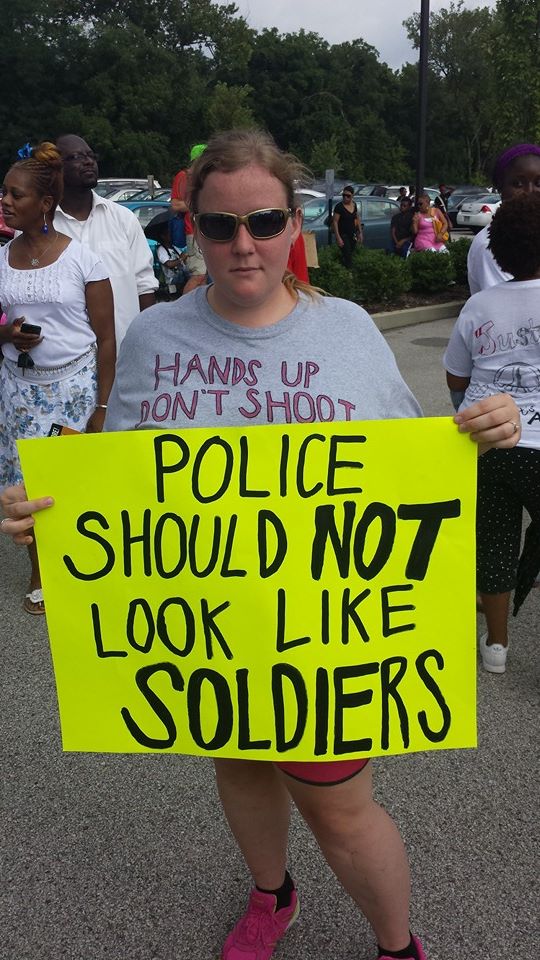 Instead of a bunch of white Americans failing to be bothered by the harassment and murder of a black kid by a white cop, might I suggest that many Americans simply aren’t sure if that’s the correct version of the events? Sometimes the cops do shoot and kill in horrific, illegal, and immoral ways.2 But sometimes cops also do shoot and kill because it’s what they have to do, even against unarmed assailants. In this case, Darren Wilson (the police officer) claims that Michael Brown attacked him and tried to take his gun, and that Brown was charging him when Wilson fired to protect his life. I am not rushing to judge that this story is true, but it might be. Right-wing news outlets are all saying that the officer suffered severe physical injures when Brown assaulted him, including a fractured orbital lobe, but I haven’t seen that picked up by the main stream press yet other than FoxNews.3

I think it’s also worth noting that plenty of white Americans did protest early and loudly that the crowd control measures were inept and immoral. The first wave of criticisms involved a whole bunch of combat vets joking that the Ferguson cops were outfitted in more body armor than they had had in Iraq or Afghanistan. A lot of those vets were white. Meanwhile, libertarians have been attacking the militarization of the police since way before Ferguson, and (as I noted in my last piece on this topic) there were even early rumblings that this would be an issue where left and right could unite.

I don’t think it’s too early to conclude that the crowd control was wrong, and also that the rioting and looting was wrong. That’s safe. But it is too early to assume that Michael Brown’s death was a murder. It’s irresponsible and dangerous to make that assumption, let alone to accuse anyone who doesn’t go along of moral cowardice or racial prejudice.

2 thoughts on “Ferguson: Rushing to Rush to Judgment”