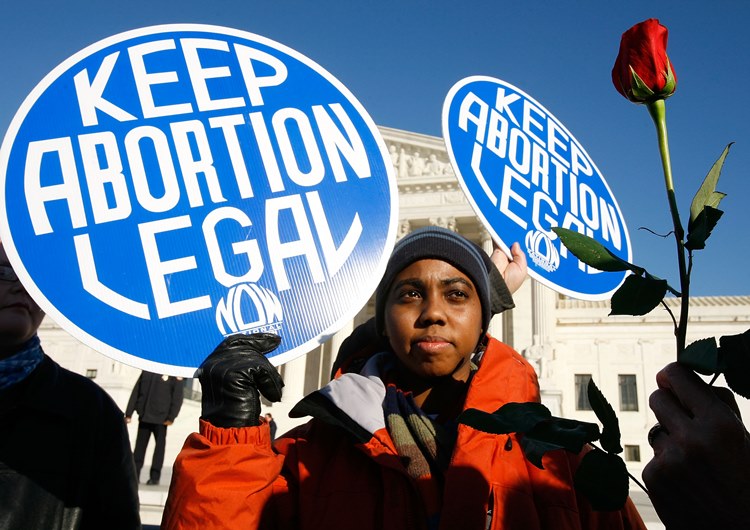 I often comment on the lamentable pro-choice bias in American journalism, but one of the strange things you will only learn if you dig deep into this issue is that the bias really gets serious when international stories come into play. I have no idea why this is, I’ve just seen it happen enough to know that the amount of skepticism required when you read a mainstream report of an abortion-related news story (already pretty high) gets even higher when the events take place in a foreign country. Just to give the story I’m about to relate some context, the most recent major example of this was the case of Dr. Savita Halappanavar, who died along with her 17-week unborn child as a result of complications from a miscarriage. The story had literally nothing to do with abortion–and this was known from day 1–but it quickly became a media sensation when reporters claimed that she died because she was denied an abortion. If that sounds extreme, it’s actually barely scratching the surface. Read the rest here.

Unfortunately, of course, the fact that the lies are lies never really seems to matter. “A lie can travel around the world and back again while the truth is lacing up its boots,” as Mark Twain is reported to have said. And, by the time truth gets its boots on, nobody really cares anymore. There’s already a new crisis to pay attention to.

And that’s what’s happening again, but this time with a story out of El Salvador:

American media giant National Public Radio (NPR) published a report last week claiming to expose the underbelly of El Salvador’s pro-life legal system by profiling a woman whom they say was sentenced to 30 years for abortion after a stillbirth. On-the-ground evidence reveals, however, that the woman was in fact convicted for murdering her son after he was born alive.

It’s not hard to see why El Salvador is a target. First: it’s small, the smallest country in Central America. Second: it’s pro-life. It banned abortion–with no exceptions–in 1998 and then recognized personhood from the moment of conception in 1999. Just as powerful American evangelical lobbies meddle in African countries to get anti-gay laws that they can’t pass in the US, pro-choice lobbies in the United States (often working through the UN or powerful non-profits) throw their weight around in African, Central, and South American countries to get their political way.

And, as usual, it’s easy to see how this makes sense from their perspective. If you’re coming from a strong pro-choice background, then El Salvador has to strike you as an absolutely terrifying human rights tragedy in the making. It’s only a matter of time before some poor woman dies because she can’t get a life-saving abortion. Why wait for it to really happen? Much more compassionate to invent a story instead and make an issue out of that way. Much better than waiting for someone to actually die.

Two additional points to keep in mind. The first is evidence from Chile that criminalizing abortion doesn’t, in fact, lead to women dying. We covered that story back in February. The second is a very technical but very important clarification of what it means to have a “no exceptions” law against abortion. The problem is that Catholics (who are obviously rather dominant in S. and Central America) have a peculiar definition of “abortion” that amounts to “deliberate killing of the unborn human being to end a pregnancy,” whereas the technical definition of abortion simply means “early termination of a pregnancy.” In practice, this means that no-exception laws often do have exceptions. To see an example of this, consider the case of “Beatriz”1 She would not survive her pregnancy and requested an abortion (in El Salvador). Her request was denied, but permission was granted for an early Cesarean section instead, even though the fetus was non-viable. Did she get an abortion? If you use the Catholic definition, she did not, because the unborn child was removed without harm and even incubated and given fluids rather than being killed or abandoned. But if you use the more general term, she did, because the pregnancy was terminated early even though it would result in the death of the fetus.

This confusion leads to a lot of unhelpful acrimony in the abortion debate. The reality is that no one, as far as I know, has ever actually maintained a true no-exceptions stance on abortion when the general definition is used. For further reading, check out the principle of double effect, which is the ethical principle that allows abortion to save a mother’s life with the caveat that the abortion not be a deliberate act of killing but rather a removal of the fetus to preserve the woman’s life that results in the foreseen but unintended death of the fetus.

5 thoughts on “Another Pro-Choice Spin Job”