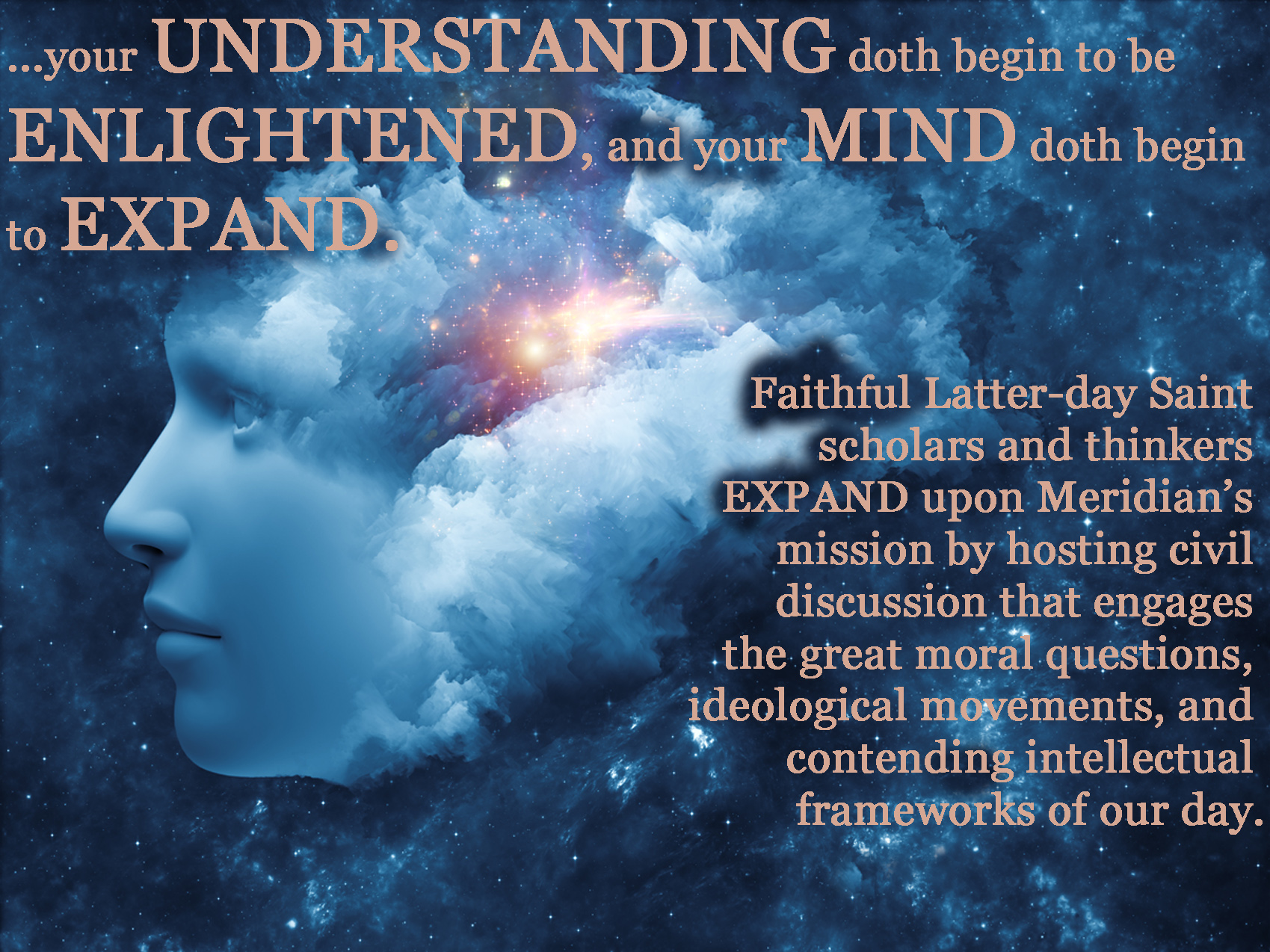 Not long ago I was asked to participate in a new initiative at Meridian Magazine: creating a new section (called “Expand”)1 The site launched about two weeks ago with a mission statement from Ralph Hancock, who is leading the project. The image above gives a pretty succinct distillation of what Expand hopes to do: provide a space for Mormon thinkers to host “civil discussion that engages the great moral questions, ideological movements, and contending intellectual frameworks of our day.”

The next two articles consisted of a pair of interviews/dialogues (part 1, part 2) between Hancock and Terryl Givens about Givens’ newest book:Wrestling the Angel: The Foundations of Mormon Thought: Cosmos, God, Humanity

Earlier today the fourth article was posted, and this is one that I wrote: Maybe the Prophets Know What They’re Doing. In it, I manage to dredge up most of the controversies and conundrums to hit the Bloggernaccle over the past couple of years. Except Mitt Romney. I didn’t mention him. But other than that, it’s probably in this article.

I don’t know how frequently I’ll be contributing posts there, but there are already lots more great articles in the pipeline, and I’m excited to see how the project grows and develops over time.3 I hope you’ll all check it out.

1 thought on “My First Piece for Meridian’s Expand”