I am not a fan of the Star Wars: The Force Awakens teaser. It was so bad that I didn’t believe it was the real trailer at first. Alas, it is. Of all the things that annoyed me, however, there is one that stuck out the most: the absolutely useless and silly design of the crossguard for the lightsaber.

The purpose of a crossguard is simple: to protect the hand of the person using the sword (or, in this case, lightsaber).

In order to be effective, the crossguard therefore has to be tough enough to stop an opponent’s blade. In an ordinary sword (made of metal), you just accomplish this by also making the crossguard out of metal. Simple. But the entire point of a lightsaber is that the blade cuts through just about anything. So the only thing that you could possibly make a crossguard out of would be the actual light blade. Anything else is just going to get lopped off instantly, offering absolutely zero protection. This can actually be done. If you look at the entry for crossguard light sabers in the Wookieepedia1you can see how it’s been pulled off in the past. 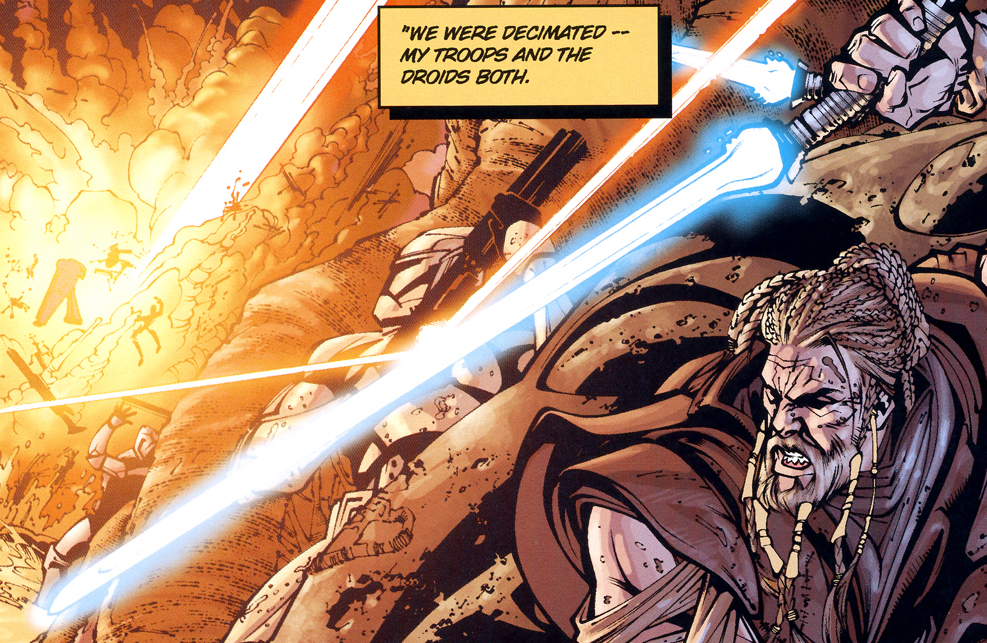 The whole idea of a lightsaber crossguard is a little dumb to begin with because what makes lightsabers awesome is their elegant simplicity.2 Double blades, intricate handles, all these additions detract from that simplicity and elegance. But if you’re going to put on a crossguard, at least think about it for 5 seconds and don’t make something that looks like a 7-year old glued the pieces together.

Look, I get that Star Wars isn’t exactly supremely realistic, not even when it comes to lightsabers and their practical utility.

The Ewoks were always kind of dumb, even when I was a kid, and the idea of individual pilots zooming around in space fighters exactly as if it were a World War 2 era dogfight was outdated by the technology of the Korean War (jet engines and guided missiles), let along by the time we’ve got FTL spaceships. The originals had flaws, but they were still great. The prequels were so egregiously horrible as to be nigh unwatcheable.3

We’ve all got to draw our own lines for what fits the spirit of the films, and what doesn’t. For which unrealistic detail is just part of the show, and for which is a violation of artistic integrity. The dumb crossguards cross a line of basic common sense for me. Even if my wife thinks I’m crazy and obsessive. But I’m not ruling out the new movie based on just a teaser. In the final product the good could very well outweigh the bad, and like I said, the originals had some pretty glaring flaws of their own. 4 But between the dumb crossguard and all the other issues with the trailer5, my hopes for the franchise’s attempted resurrection are not getting any higher.

12 thoughts on “Force Awakens Trailer and Lightsaber Crossguards: I am Dissappoint”