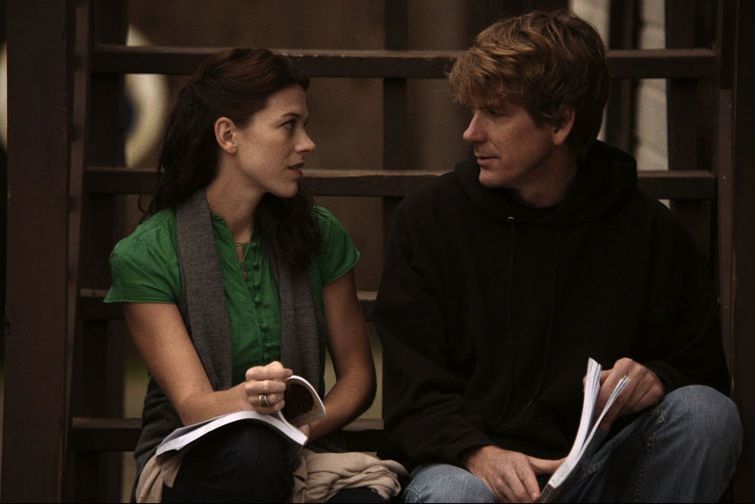 That’s the question that Brandon Ambrosino asks at Vox. Mostly he’s talking about the movie Old Fashioned, which is a deliberate anti-50 Shades. Now, y’all know I don’t like 50 Shades. I think I made that abundantly clear. But the last possible thing that I think you can do about a movie like that is go try and make an explicit rebuttal.

Overall, I agree with Ambrosino’s assessment. Yeah, most overtly religious art is pretty painful. He is mostly talking about evangelical Christians, but I think it’s equally true of a lot of Mormon art. Second, a lot of that just has to do with lack of skill.

Director, writer, and lead actor Rik Swartzwelder might bear some of the blame here. After all, his resume, like many others in the Christian film industry, seems notably paltry. A good deal of what actors and directors know about their trade comes from on-the-job training, from working on set and in production studios under filmmakers with decades of experience. By isolating themselves from Hollywood, Christian filmmakers are passing up not only on “secular messages,” but on the mentoring that other budding talent are receiving.

There’s also a major signalling problem, which is something that G. covered at Junior Ganymede last week. Art has to push boundaries. Some Hollywood boundary pushing is good. I am not a fan of adding 3d, but I am a fan of constantly trying to refine and challenge the craft. Some Hollywood boundary pushing is bad, as the never-ending race to titillate and outrage more than the last film. In either case, however, there are forcing pushing back. George Lucas innovates on special effects, and gets hammered for short-changing story. The race to the moral bottom is at least substantially slowed by a reluctant public who always want to cross a line, but only by a small amount. But with Christian films, there’s no counteracting force to pressure the amount of Christianity in the film, and so you get the “is it Christian enough” phenomenon that Ambrosino mentions.

But here’s my major point, and it goes back to an earlier part of the article: an artist has to have something to say. And when you’re just critiquing what somebody else already said, that doesn’t cut it.

It isn’t problematic that Christians “borrow ideas” from Hollywood and put their own spin on them. Every film genre does this. But given the Christian doctrine of creation, it is certainly surprising that so many Christian filmmakers — and artists in general — would choose to mimic someone else’s vision, rather than cultivate their own.

This is my problem with negativity and reactionism in defense of religion. There is a time and a place for analyzing or rebutting what has been said in error, but it should never dominate the message. To actual create something, you can’t be looking at an opponent you want to defeat. You have to be looking at a greater vision towards which you aspire. Christians have a temptation to fight back, but it’s a temptation we’ve got to resist in almost all cases, because it will never win out in the long run. You can’t create a viable alternative by imitation. You need a truly independent vision.

1 thought on “Why are Christian movies so painfully bad?”