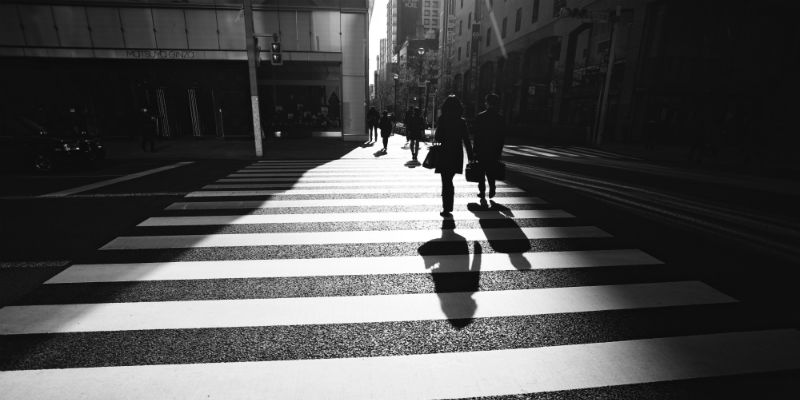 One of the most important papers for understanding the political climate we live in is “Microaggression and Moral Cultures” by Bradley Campbell and Jason Manning.1

In the article, Campbell and Manning explore three stages in the evolution of moral culture:

The essence of honor culture is reputation. That is because–in a society without a strong, centralized authority–the best defense against predation is a reputation for drastic overreaction. If people believe you will overreact to any provocation, they are less likely to provoke you. Unfortunately, when everybody is trying to build a reputation for toughness and overreaction at the same time, “people are verbally aggressive and quick to insult other.” This causes damage to reputation, and so we have “a high frequency of violent conflict as participants in the culture aggressively compete for respect.”

When strong, formal authorities begin to emerge, the logic of the honor culture dissipates. If someone insults you and you react by physically assaulting them, then–in the presence of a strong authority–you’re going to end up getting punished more harshly than they are. When there is a legitimate criminal justice system to handle major offenses, the best response to a minor offense is to simply ignore it. As a result, reputation is not as important in dignity cultures. In an honor culture, appealing to an outside authority is a sign of weakness. In a dignity culture, failing to appeal to an outside authority is taking the law into your own hands.

The transition from an honor culture to a dignity culture is vitally important, because a dignity culture has a much greater capacity for pluralism. Free speech is more than a legal framework or a constitutional right, it’s also a tradition. In a dignity culture, where having a thick skin is encouraged, that tradition can flourish because minor conflicts and disagreements don’t carry the risk of exploding into open hostility and violence.

The bigger the apparent injustice, the greater the chance of persuading a third party to take your side and the more drastic the action you can convince them to take on your behalf. Victimhood culture, then, is fundamentally about manufacturing and maintaining the highest degree of apparent victimhood. As Campbell and Manning point out, one simple way to achieve this is through the use of outright hoaxes and “hate crime hoaxes are common on college campuses.”3

The gold standard in victim culture, however, is the microagrresion. Microaggressions are essentially a form of bundling. First, you bundle individual instances of minor offenses into larger patterns. Second, you bundle individual people (victims and perpetrators alike) into larger cohorts. By using this approach, an isolated and incidental comment from one individual to another becomes a symptom of systematic oppression of one entire category of people by another category. These forms of bundling are important, as we will see at the end, because they forge a link between victimhood culture and identity politics.

This is why so much of the push-back against second-wave political correctness has been bipartisan.5 There are plenty on the left of American politics who still cling to old-fashioned notions of liberalism like freedom of expression, the marketplace of ideas, and the dignity of individuals. Aligned with conservatives who share these concerns, they form a bipartisan coalition that is engaged in the conflict Campbell and Manning predicted: dignity culture attempting to hold off the insurgent victimhood culture.

But there is another conflict going on as well. The most vociferous push-back against progressive social justice ideology (and ostensibly the victimhood culture it embraces) comes from the alt-right. What is notable about this push-back, however, is that instead of genuinely objecting to victimhood culture, the alt-right has embraced a re-branded version of it. The best example of this is the most obvious: Donald Trump’s promise to “make America great again” and his obvious appeal to white grievance.

Just as with the progressive social justice movement, Trump’s appeal works because it has enough truth in it to give it the feel of veracity. One of the best explanation of this comes (believe it or not) from a Cracked article: How Half Of America Lost Its F**king Mind. The article (which includes lots of non-censored swearing) does a fantastic job of outlining the legitimate grievance of white, rural America.

Which leads me to an essential side-note: it is possible for the world to simultaneously get worse for both the minorities that liberals care about (black, Hispanic, women, and LBTQ Americans) and the group that Trump and the alt-right appeal to (rural, white Americans). I recently had simultaneous stories in my Facebook feed about white highschoolers putting a noose around a black student’s neck and another about how Berkeley students barricade bridge, force whites to cross creek. These two stories neither cancel out nor justify each other.

One of the things that contemporary theories of racism as systematized prejudice and discrimination fail to appreciate is that in the United States there is more than one system. The legacies of systemic oppression of racial minorities are absolutely still in place. My review of The New Jim Crow should leave no doubt about where I stand on that. But the existence of systematized anti-black discrimination in the criminal justice system does not obviate, cancel out, or justify the creation of anti-white (usually: anti-poor-rural-conservative-white) discrimination in other systems, like academia in general or social psychology in particular.

So this is where we stand: in the battle of victimhood culture against dignity culture, Trump and the alt-right are not fighting against the so-called social justice warriors. They are–with their grievance-based, identity-centric campaigns–quite literally part of the problem. They are fighting fire-with-fire while the whole world burns down.

Along these lines, David Marcus’s recent Federalist piece (How Anti-White Rhetoric is Fueling White Nationalism) is a must-read. In it, Marcus attacks another prong of the progressive social justice approach to race, writing that a shift to emphasizing privilege amounts to “ask[ing] white people to be more tribal” and is even “abetting white supremacy.” Marcus points out that the number of active Ku Klux Klan chapters more than doubled (from 72 to 190) just between 2014 and 2015, and argues that “one of the key components of this racism is the almost-daily parade of silly micro-aggressions and triggers.” He adds:

Young white men, reacting to social and educational constructs that paint them as the embodiment of historical evil, are fertile ground for white supremacists. They are very aware of the dichotomy between non-white culture, which must be valued at all times (even in the midst of terror attacks), and white culture, which must be criticized and devalued. They don’t like it.

It may seem like a stretch to draw parallels between ill-advised anti-racism efforts and the alt-right (let alone the KKK), but here’s a headline that might give you pause: Cal State LA offers segregated housing for black students. According to the article, the decision came after the Black Student Union cited “microaggressions” as part of their call for “housing space delegated for Black students.”

Journalism student Aeman Ansari recently made a similar case in the Huffington Post, justifying the expulsion of student journalists from an event because those journalists were white and arguing that safe spaces are different because “segregation was imposed on people of colour by people of privilege, not the other way around.” That’s a legitimate difference, but it doesn’t erase this fact that the two groups of people in America who think whites and blacks should not mix are the KKK and progressive social justice activists. The different terminology–safe space vs. segregated space–and the differing power dynamics can’t efface the fact that both of them have the goal of racial separation.

It is a genuine tragedy that–after such great (albeit incomplete) progress towards racial equality in this country–we are now seeing a resurgence of the kind of hardcore, strident racism that has not been prevalent for decades. But this is where we are today.

Victimhood culture, as Campbell and Manning note, originated with the political left because “the narrative of oppression and victimization is especially congenial to a leftist worldview.” However, there is nothing about the tactics of victimhood culture that dictate it must remain exclusively an artifact of the left, and it has not. “Naturally,” Campbell and Manning observe, “whenever victimhood…. confers status, all sorts of people will want to claim it.” White identity politics is a natural and inevitable response to minority identity politics, and it follows basically the same playbook.

So, while victimhood culture was initially created by left-wing activists in college campuses, it has metastasized and spread throughout American society. Because it is such an effective political weapon, it is has proved irresistable to many of the folks who originally set out to destroy it.6 Based on grievances both real and imaginary, the alt-right has embraced the logic and tactics of victimhood culture. Because victimhood culture is fueled by identity politics and tribalism, the rise in the co-option of victimhood culture by the alt-right necessarily entails a reawakening of old-school racism the likes of which we have not seen openly promulgated for decades, if not more.

I agree with the solution that Marcus proposes, and it’s a solution that applies not only to the resurgence of racism in the US but to the broader problems plaguing our society. He writes that “our anti-racism efforts must be refocused away from guilt and confession and towards equality and eradicating irrational judgments based on race…we must return to the goal of treating people as individuals, not as representatives of their race.”

I would only add that this vision could be expanded even farther: we must treat people as individuals, not as representative of their race, gender, political party, or any other kind of identity-tribe.